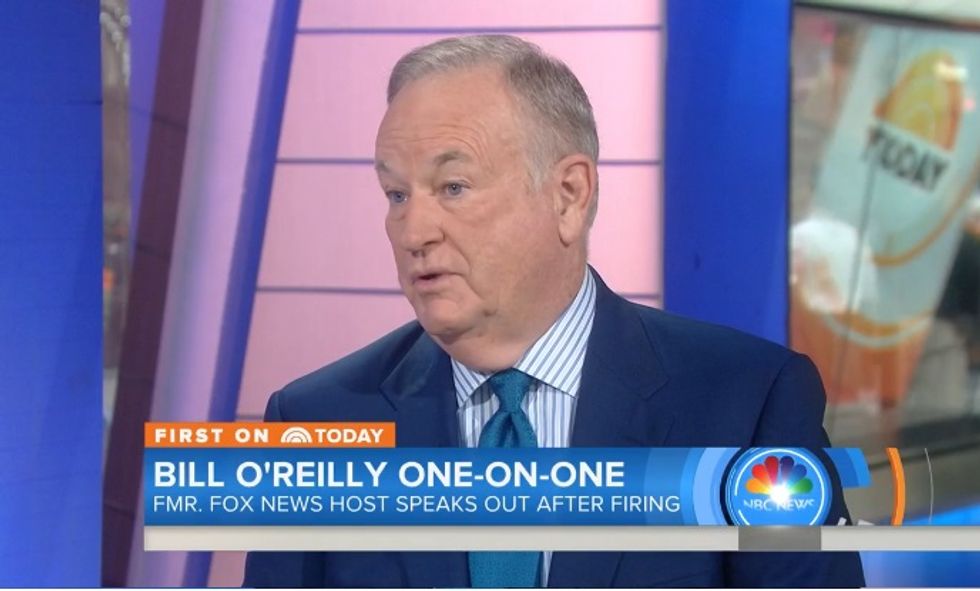 Fuck it! We'll do it with lies!

Fired Fox News Voice O' Truth Bill O'Reilly is having a rough day, the poor fellow. Tuesday, a federal judge in a defamation suit against O'Reilly -- brought by women with whom he'd settled harassment cases, and then later accused of being part of a liberal plot to make him look bad -- ruled that details of those previous settlements can't be kept secret because they're material to the defamation suit. Judge Deborah Batts said in her ruling that O'Reilly

"has failed to present compelling countervailing factors that could overcome the presumption of public access" to the agreements.

Batts also said O'Reilly "has not even come close to rebutting this First Amendment presumption" that favors public access to documents.

Batts pointed out that if O'Reilly was going to argue the settlements were proof he hadn't defamed the women, he couldn't very well ask the court to keep those very documents "from public view." As WaPo's Erik Wemple notes,

Any consideration of O’Reilly’s motions, wrote Batts, “relies heavily on a full examination of the Settlement and Arbitration Agreements in question.” There’s a need for the court to show its work in this regard, too: “When this Court issues its Opinion on his Motion, the public deserves to see what judicial document it relied on,” the judge argued in her opinion.

Sorry, Billo, those earlier settlements have to be part of the public record. O'Reilly is being sued, after all, thanks to his own tendency to shoot off his own fool mouth and deny that there was any substance to the cases he had settled, the details of which were of course hidden behind nondisclosure agreements. But when he appeared on the Today Show in September 2017, six months after Fox News canned him, he just couldn't resist calling his accusers Lying Liars who Lied: