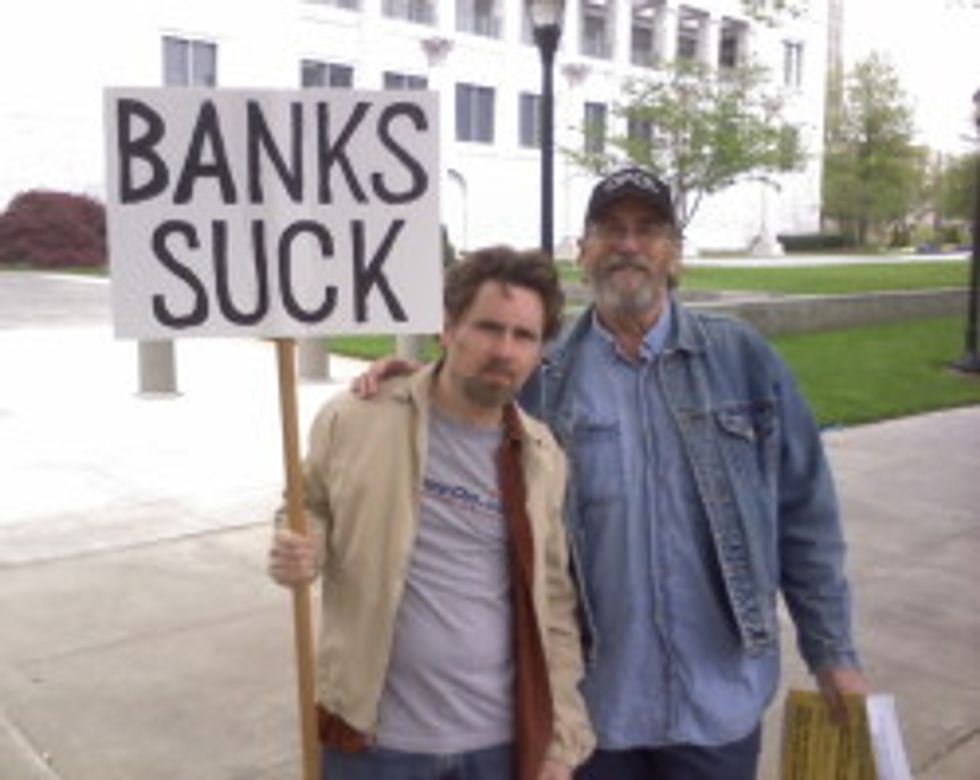 Another day, another instance of bank wrongdoing, this is the world we live in! Or rather, this is the world we WOULD live in if banks were capable of engaging in wrongdoing, which of course they are not, duh. Anyway, what have the banks been accused of doing this time? Oh nothing, justengaging in massive fraud to the tune of $850,000,000, for cleverly disguising crappy mortgage-backed securities as good mortgage-backed securities and then selling them to unsuspecting investors:

"These misstatements and omissions concerned the quality and safety of the mortgages collateralising the BOAMS 2008-A securitisation, how it originated those mortgages and the likelihood that the 'prime' loans would perform as expected," the justice department said in its statement.

Translation: almost half of the mortgages underlying the securities were so bad that they (allegedly) did not pass Bank of America's own underwriting standards, but were nonetheless packaged and sold as prime, which they certainly were not.

BofA's argument is 1) that their investors were "sophisticated" (translation: probably kind of rich), and 2) that everyone was doing it, Mom!

Bank of America, which is based in Charlotte, responded to the lawsuits with a statement: "These were prime mortgages sold to sophisticated investors who had ample access to the underlying data and we will demonstrate that.

"The loans in this pool performed better than loans with similar characteristics originated and securitised at the same time by other financial institutions. We are not responsible for the housing market collapse that caused mortgage loans to default at unprecedented rates and these securities to lose value as a result."

Because this is 2013, we predict that the following will happen:

1) Bank of America will continue to deny any wrongdoing.

2) Bank of America will then eventually yield to public pressure (assuming there IS any public pressure) and throw some low-level manager under the bus.

3) the manager might lose his or her job or possibly, if the Justice Department is REALLY cranky, get a few months' probation.

4) Bank of America will pay a fine.

5) Bank of America will continue to deny any wrongdoing, even after paying the fine.

6) Business will continue as usual.