Justin Trudeau Says Sorry To The Gays, Would Take Shirt Off If He Really Meant It 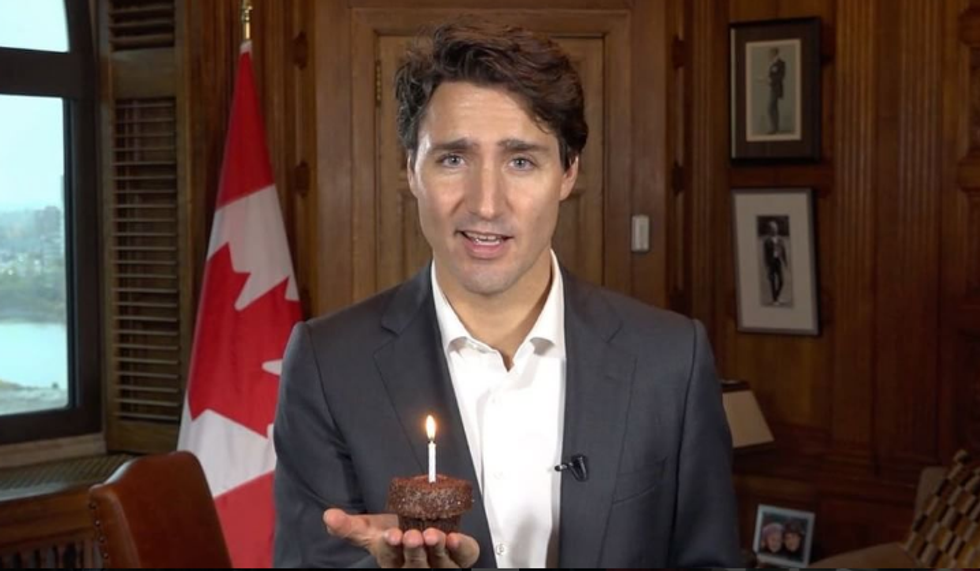 Oh God, Wonkette, can you be serious about something for one second? Can you please acknowledge our #CanadianIssues without gratuitously sexualizing our prime minister every time you write about him? Let's get the answers to your very important questions out of the way tout suite before we get to the point of this post:

So! Tuesday, Justin Trudeau issued what is being called a historic apology to LGBT Canadians for years of oppression and abuse at the hands of government and society, something we can't imagine Donald Trump ever doing. (The apologizing part. We can imagine Trump doing the oppression and the abuse.) His apology comes at a time the Canadian Parliament is considering legislation to wipe the slate clean for people who were convicted of breaking unjust, anti-gay laws:

[Trudeau] will formally apologize for actions the government took against thousands of workers in the Canadian military and public service in the 1950s to the 1990s, including thousands who were fired because of their sexuality as part of a "national security" purge.

Some gay members of the Canadian Armed Forces were also discharged for what was termed "psychopathic personality with abnormal sexuality."

And apologize, he did. Here's a video for you, and it's worth watching every minute, because it's lovely and wonderful and beautiful:

LIVE NOW – Official apology in the House for the state-sponsored, systemic oppression, and rejection of LGBTQ2 people: https://t.co/55bmrnw6vZ