Kansas Decides Its Republicans Have Not Sucked Enough Yet, Need More Time To Suck 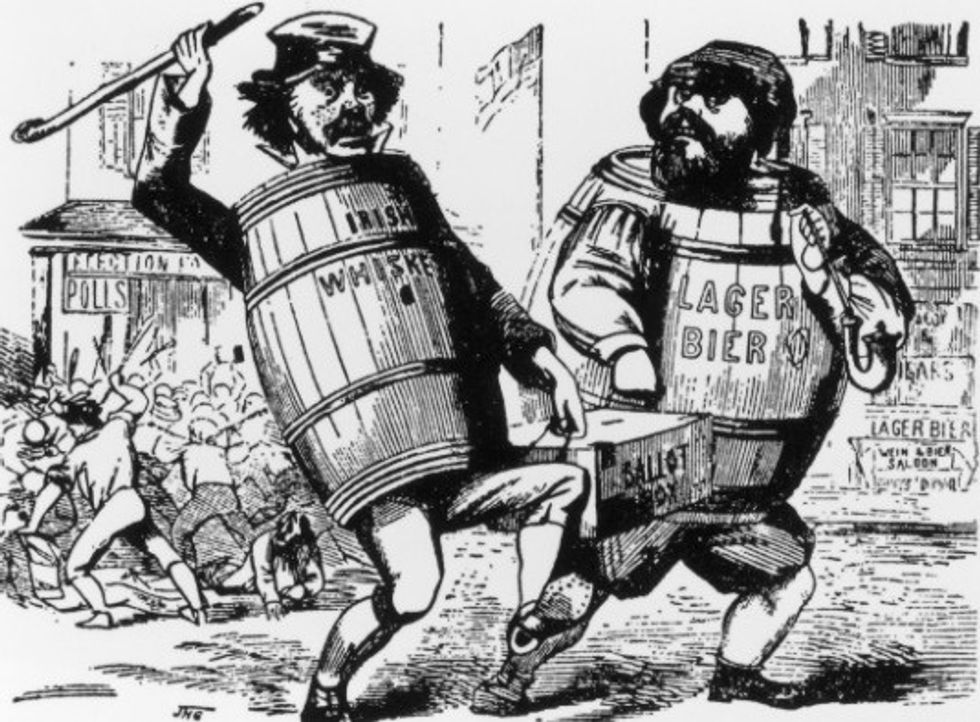 For a few crazy weeks this fall, the very foundation of what we know about Kansas was suddenly shaken. Was it possible that a politician running there with an R after his name might not be assured victory until death or retirement, regardless of job performance or actual state of residence?

We wouldn't have thought so, but then came Kansas's shocking flirtation with political moderation in the heady rush of this year's absolutely insane midterm election. The slate of candidates seemed tailor-made to shock lifelong conservatives out of the deepest ideological comas at least far enough to consider voting for a non-Republican candidate.

There was Sam Brownback, who was elected governor in 2010 and got right to work slashing taxes for the very richest people which, mysteriously, converted his state's surplus to a jagged budget hole into which he tossed the poor and the children until Kansas could toddle, unsteadily, over the top of it.

There was Pat Roberts, who was trying to get a fourth term in the Senate by running a non-campaign based on touting 10-year-old achievements and splitting the opposition -- until one of his opponents developed symptoms of Democrat Humility Syndrome and dropped out, at which point Pat grudgingly turned his office's internet service on.

There was Kris Kobach, who used his office as Secretary of State to wage a court battle to engineer a better ballot for Pat Roberts and delay voting for Kansas soldiers overseas, then took his voter suppression road show to Washington to brag about throwing Kansas voters off the rolls.

When the results of last night's election were first trickling out, there were a few signs that a species of Republican roughage had been discovered that was too obstinate and fibrous for Kansas voters to digest. ABC reported that 53% of voters in exit polls said that Kansas had been hurt by draconian cuts to schools and social services made necessary by Brownback's radical "experiment" of having rich people pay no taxes.

And so we started to believe, Wonketteers. We started to believe that no matter what a state's electorate had done in the past, it was composed of rational adults who were capable of voting to protect their own interests. We let ourselves think that ideological idiocy, if it resulted in taking food from hungry children, might be enough to cost a Republican support, even in Kansas.

This morning, we have attempted to wash away these utterly depressing numbers with industrial strength coffee, but they remain: Roberts, Brownback & Kobach is not a down-market criminal defense firm, but pocket of living proof that voters will always, always have the capacity to disappoint.

And so we are forced to confront our own failure: namely, assigning rudimentary logic to Kansas politics. Yr Wonkette regrets the error.