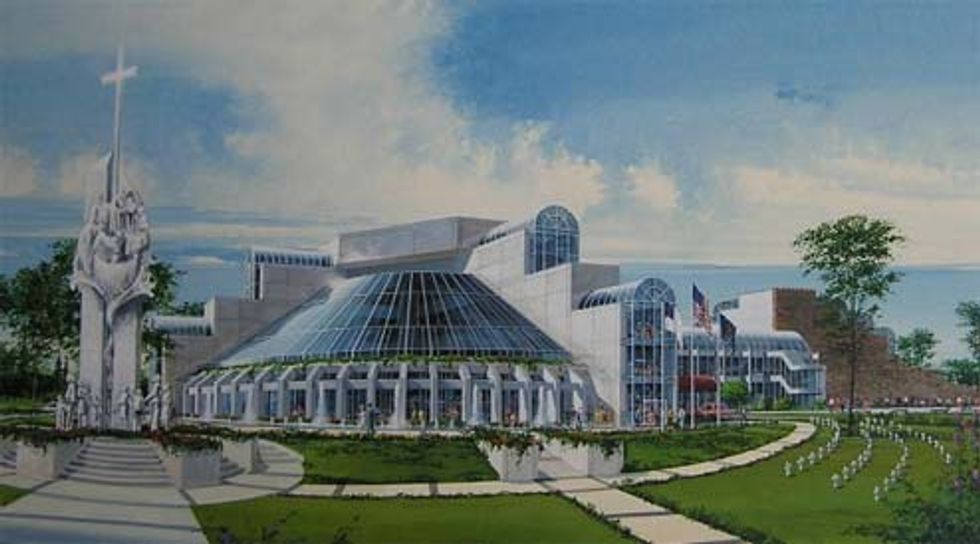 Your Comics Curmudgeon is of Hebrew extraction, in part, and considers himself lucky to live in the time and place where he does! For instance: for most of history, if you were a Jew who encountered a really religious Christian, or a Christian really focused on Jewry, probably you were going to get forcibly converted, or ordered to live in an actual ghetto, or maybe just lynched for poisoning all the wells with bubonic plague. But in early 21st century America, more often than not, your Jew-focused gentile is more likely to talk about how neat the Chosen People are, what with their covenant with the Lord and such. Sure it's secretly about Jesus's long-term plan for the apocalypse, but still: beats having your village burned down by Cossacks, right? So, yes, anti-abortion nuts in Wichita are trying to build a copy of the Western Wall at some hilariously awful Kansas memorial to unborn victims of the Abortio-caust, and professionally irritated people like ADL head Abe Foxman deem this offensive, but we think it's super hilarious.

Probably all humans should be offended by the "International Pro-Life Memorial and National Life Center" being planned in Wichita, because it is monstrously tacky, featuring what appears to be the atrium of a mid-90s suburban Radisson glommed onto a brick wall that it is intended to be an "exact replica" of the Western Wall, aka the Wailing Wall, aka the retaining wall to the Temple Mount in Jerusalem, where Jews go to pray and stick notes between the stones and such. It seems churlish to point out that the actual Western Wall does not, for instance, have a stair-stepped top, like the one in the picture above. Nor does it face a broad lawn dotted by crosses, each representing a million dead fetuses. But, you know, to each their own.

Anyway, the Forward feels it needs to condemn this, for form's sake, but we say: go on with your ridiculous selves, International Pro-Life Memorial and National Life Center! And the local Jewry seem to agree; when the Forward tracked down a Wichita rabbi for an outraged quote, all Michael Davis of Congregation Emanu-El could muster was this: "People are talking about it in a very dismissive, funny way." That's right! Because Jews invented being dismissive and funny about things that annoy us. We control it, through our Sarcasm Cabal. (Also, most people seem to think that the International Pro-Life Memorial and National Life Center will never raise enough money to be built, probably because Jews also control world finance.) [Forward; thanks to iburl on Wonkville for the tip!]