Karen Handel Does Not Appreciate All This Voting, You Guys! 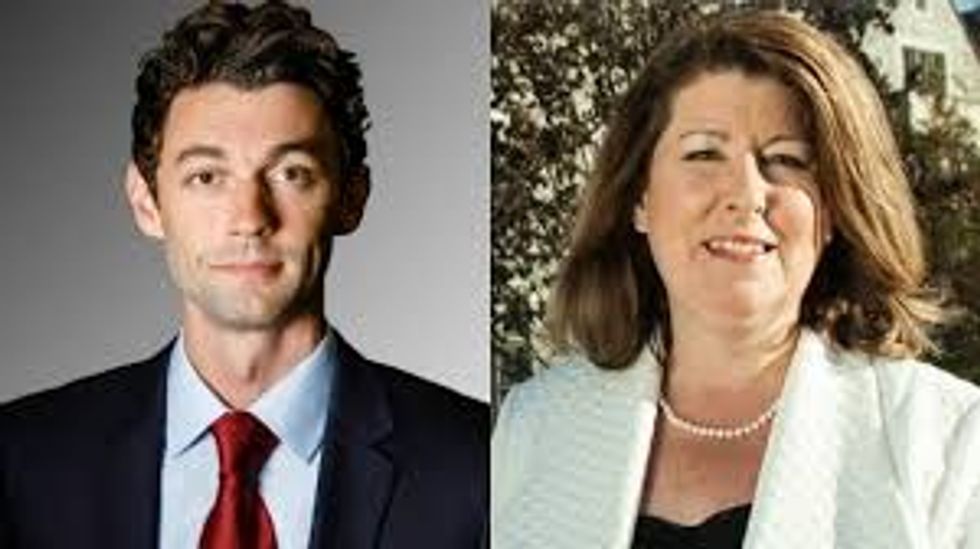 First off, big Mazel to Jon Ossoff on his engagement to longtime girlfriend Alisha Kramer! We're all just kvelling over you, Boychik! Even Karen Handel, that loon running against you for Tom Price's seat in Georgia, sent her best wishes.

"Steve and I send our congratulations to the future Mr. and Mrs. Ossoff," Handel said in a news release. "We have learned a lot over nearly 25 years of marriage. Most days are beyond awesome but there are some tough times too. Having a partner who is the love of your life ultimately makes the hard days better, and the journey more complete. Steve and I wish them the best in their future together."

Pretty sure she meant "the future Congressman and Dr. Ossoff," but that's still very nice so we won't bitch TOO much.

[wonkbar][/wonkbar]And now on to the chutzpah! First Georgia officials tried to ratfuck the runoff by claiming that it was just a continuation of the primary, so they didn't need to extend voter registration. When a GOP-appointed judge rolled his eyes and issued an Are You Even Kidding Me! GTFOH! Order, Georgia was forced to extend registration to May 21. Because Georgia officials are BAD AT LAW.

Well! Karen Handel is SO MAD, YOU GUYS! Because if there's anything Karen Handel hates more than Planned Parenthood, it's allowing her constituents to select their own representatives. And apostrophes!

Its [sic] clear Jon Ossoff’s campaign to deceive the voters of the 6th District is not working. When the Democrats can’t win Elections following the rules – rules they themselves authored and enforced for years – they file partisan lawsuits to change them. This lawsuit should be seen for exactly what it is: A partisan attempt to change the rules in the middle of an election for a nakedly partisan outcome.

Then Karen Handel sent out a fundraising appeal to her supporters bemoaning the unfairness of letting the unwashed masses vote.

“This is going to boil your blood. Just hours ago, the Democrats won their lawsuit to extend voter registration in Georgia before our election,” she wrote in the email. [...]

“Friend, I need your immediate support to fight back aganist the Democrat’s latest trick to deceive this election,” she wrote.

Holy shit, Karen! This is the most expensive Congressional election in history. Hire a damn proofreader! And also, voter suppression is BAD, and you are terrible!

But wait, there's more! This week Paul Ryan's favorite SuperPAC, the American Action Network, ran an ad criticizing Ossoff for taking out-of-state money. The AAN PAC is dumping tens of millions of dollars into special elections across the country, but somehow Jon Ossoff is Nancy Pelosi's guy because of outside funding? Riiiiiight.

Is there anything more hypocritical than Paul Ryan's PAC running an ad calling Ossoff "California's Congressman" for taking money from Nancy Pelosi's PAC?

This ad actually has an actress saying, "Pelosi and Ossoff will weaken the military. ISIS? Pffffft. They're overrated."

So, if you have a couple bucks to throw at Jon Ossoff, have at it. If anyone deserves to get smacked down WITH VOTES, it's Karen Handel.

Hey, did we distract you from the Comey-Russia shitshow for five minutes? Don't forget to tip your server!