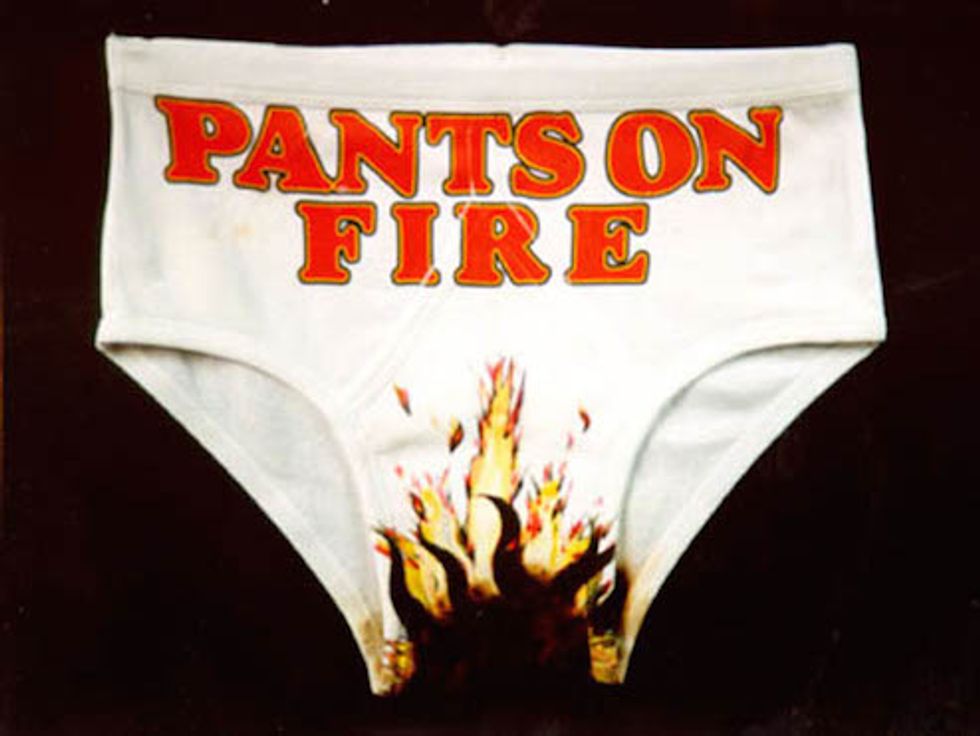 Everybody knows that the denizens of Fox News dwell in a fetid fact-free swamp, a veritable no-holds-barred cage match to see who can lie in the most spectacular way, so it isn't really surprising that Karl Rove oozed his way out of their primordial muck and slimed over to a conference in Los Angeles to lie his doughy face off about Hillary Clinton's 2012 brain clot and concussion that landed her in the hospital.

He said if Clinton runs for president, voters must be told what happened when she suffered a fall in December 2012.

The official diagnosis was a blood clot. Rove told the conference near LA Thursday, “Thirty days in the hospital? And when she reappears, she’s wearing glasses that are only for people who have traumatic brain injury? We need to know what’s up with that.”

Shocking, if true! Except for the part where pretty much nothing whatsoever about Rove's statement was true, except for the fact that Rove correctly identified Hillary Clinton as a female person that lives on this earth. Give us some truth, Media Matters.

Rove's claims are false, without evidence, and contrary to medical experts' opinion. Clinton spent four days, not 30 days, in the hospital after a blood clot was discovered in her brain several days after her fall. Furthermore, according to experts and the State Department, glasses worn by Clinton during her January 2013 testimony on the attacks in Benghazi were a corrective instrument meant to treat "double vision" as a result of her fall -- not brain damage.

Rove showed up on Fox this AM to sort of try to walk back his remarks, and by "walk back" we mean "completely lie about what he was quoted as saying."

America’s Newsroom host Bill Hemmer challenged Rove on his timeline, saying his research showed that Clinton was in the hospital only for three days. Rove conceded the point about her hospital stay, but largely stuck by his month-long timeline. “She goes in on a Sunday, she comes out on a Wednesday. But this is a 30-day period where she’s fighting something.”

Hillary had one of her unnamed minions, who is no doubt a person who has agreed to be complicit in the massive Benghazi coverup and plead lifetime fealty to Hillary via a blood oath, deny this and say "Please assure Dr. Rove she's 100 percent."

For a moment, we thought that assurance might have come from our old friend Philippe Reines, but then we realized that if Reines had responded, he would have noted that this was the first neurological assessment conducted from up the examiner's own ass.