Ken Starr Loves Bill Clinton Now, What Is Even Going On Here? 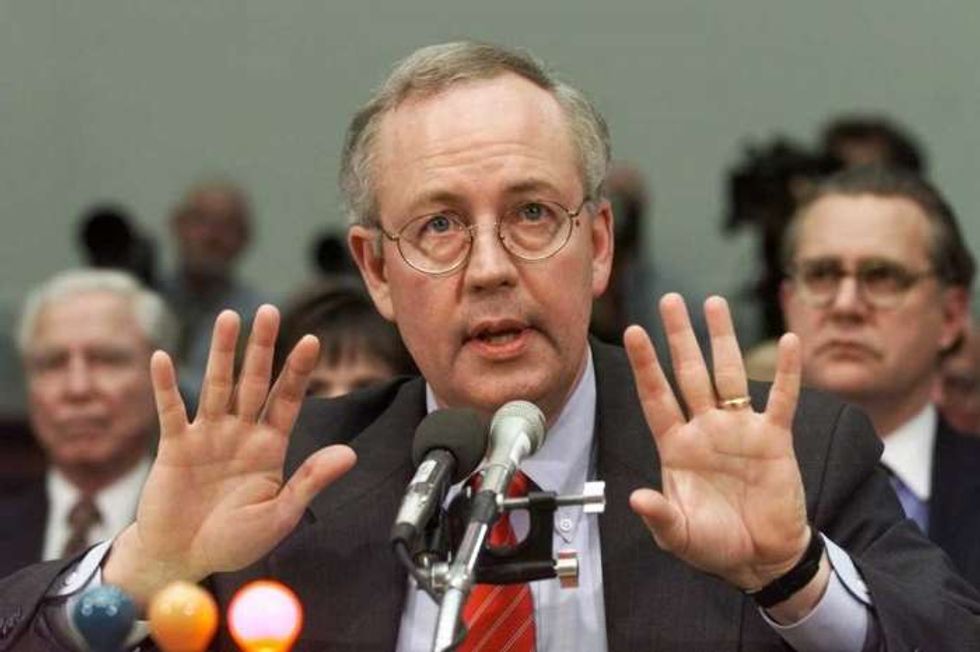 After this morning's timetravel back to the 1990s, we tried to kick the TARDIS back into gear, but have now landed us all in an alternate universe version of the 1990s in which petitions to get "My So-Called Life" back on the air were successful, and Kenneth Starr thinks Bill Clinton is the bee's knees.

In an interview with The New York Times, Starr had nothing but super nice things to say about Clinton, whom he spent most of the 1990s trying to destroy. Now he is expressing sadness that so much of Clinton's presidency was marred by what he so delicately refers to as "the unpleasantness," and is calling him “the most gifted politician of the baby boomer generation,” and praising his "redemptive" post-presidential work, noting “President Carter set a very high standard, which President Clinton clearly continues to follow.”

He also thinks Bill Clinton is just a NICE DUDE.

“His genuine empathy for human beings is absolutely clear,” Mr. Starr said. “It is powerful, it is palpable and the folks of Arkansas really understood that about him — that he genuinely cared. The ‘I feel your pain’ is absolutely genuine.”

Starr also lamented how terribly "coarse" American politics has gotten, and how people are always shouting all the time, and being all divisive and whatnot. Which is, uh, interesting given his role in our political history. The Times suggested he was perhaps alluding to Donald Trump, who is now rehashing all of Starr's Clinton vendettas in his presidential campaign.

In other news that we are certain is not in any way related to this sudden burst of empathy for the scandal-plagued, Starr is reportedly about to be ousted from his position as President of Baylor University, following reports that he and football coach Art Briles were aware of claims that a BU football player had twice assaulted his girlfriend and attempted to sweep several reports of physical and sexual assaults committed by football players under the rug.