Kiss Your Precious 'Experiments' And 'Research' Goodbye, Eggheads: A Government Shutdown Edition Of Your Sci-Blog 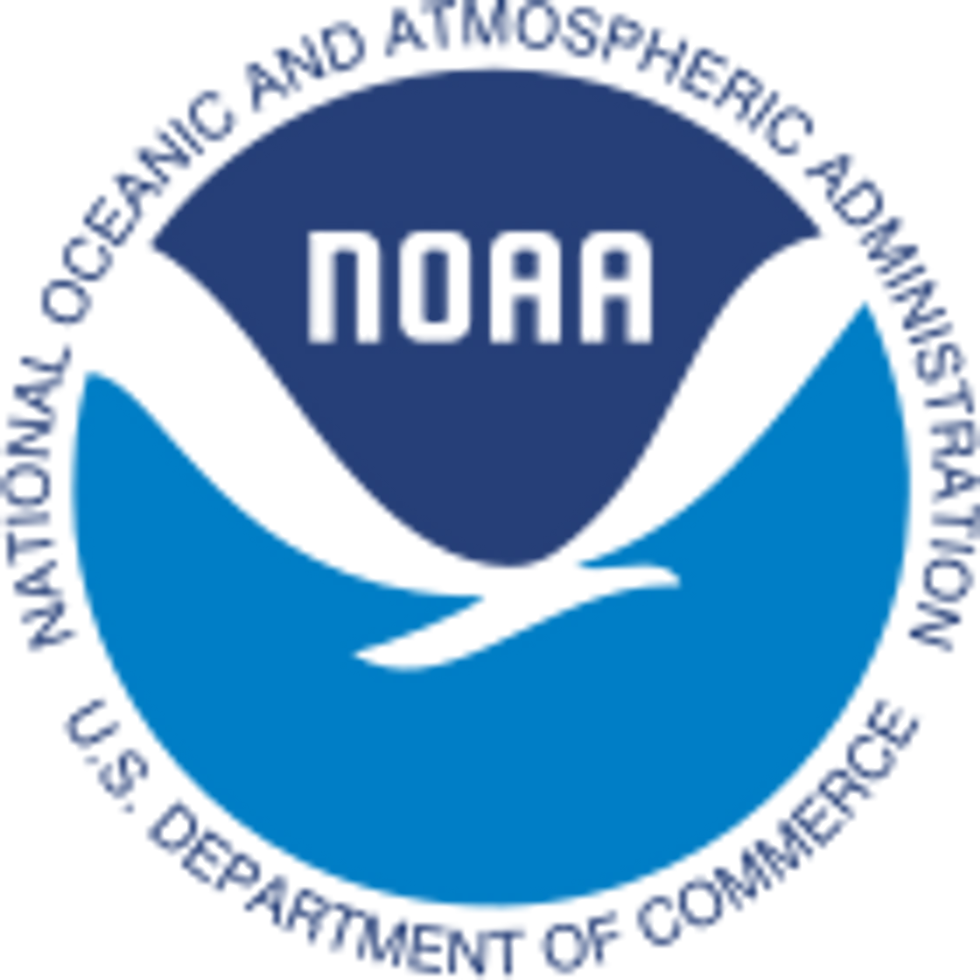 Hi, Wonkeratti. It's time once again for another infuriating Wonkette Sci-Blog. Sharpen your pitchforks, grab a torch and come on in.

The very first Wonkette hotline tip I got on Monday was a forwarded link.  Just from reading the text in the link (Cassini found plastics! It has to be Titan, right? Cool!), it looked really interesting:

What I saw when I clicked on it was what you're looking at right now: a redirect from the NASA site to the Federal Government of the United States of America's "Sorry, We're Closed" sign.

By insisting on attaching ideologically driven conditions (the demands were about the Affordable Care Act, but now shutting down the government itself seems to be the point) to the Continuing Resolution last week,  a small group of anti-government radicals in Congress has effectively blocked most federal spending . On Monday most federal employees were given until 12 noon  to tie up their office affairs, some 800,000 "non-excepted" personnel were indefinitely furloughed and the latest in a series of completely avoidable governing crises  had begun.

You wouldn't know it from the glee expressed by House Republicans and certain media personalities, but suddenly shuttering the US government comes with serious costs. Moody's Analytics puts the estimated cost to the economy of a 4 week government shutdown at $55 billion. A three week shutdown is expected to reduce the U.S. Gross Domestic Product by 0.9% (Goldman Sachs), which doesn't seem much until you consider the economy grew by less than 2% in 2013. D.C. itself is expected to lose $200 million per day and the state of Maryland $5 million per day in lost tax revenue alone. With the closure of all National Parks the local businesses that depend on tourism suffer. Industries with government contracts are planning thousands of furloughs to cut costs as the shutdown wears on. The Head Start program ran out of what little funding they had left after the Sequester on October 1st, unable to  honor grants for 23 programs in 11 states. Few people are going to spend freely with this level of uncertainty and the shocks will continue to ripple and amplify through the economy. Those are hard economic numbers, shocking ones. The costs to the United States and the world go beyond the numbers, though. Far beyond. There's a vast, respected, world-class infrastructure of American laboratories, research institutions and scientists that's just been thrown into chaos. Chaos that has no set ending, for no good reason at all.

Below I've gathered together a small selection of the effects that shutting down the government is having, just on science, health and safety alone, in the U.S.

The National Radio Astronomy Observatory (NRAO) has shut down three of its radio telescope facilities, used by thousands of astronomers worldwide: the Green Bank Telescope in West Virginia, the Karl G. Jansky Very Large Array in New Mexico and the Very Long Baseline Array's Hawaii ground station.  The status of the NRAO's international partnership in the new Atacama Large Millimeter/submillimeter Array (ALMA) is unclear. 385 NRAO employees have been furloughed. At least one yearlong study of the Milky Way, that cost $500,000, is probably ruined.

The National Science Foundation is no longer disbursing funds, accepting grant proposals or reports by grantees. National Science Foundation websites and business applications, including NSF.gov, FastLane, and Research.gov have gone dark. Scientists with existing grants could be fine -- as long as nothing goes wrong. Hundreds of scientists and their research projects could be delayed, sidelined or eliminated altogether.

the National Aeronautics and Space Administration (NASA) has furloughed 98% of its 18,000 employees. Some of the 600 NASA personnel left on duty will be supporting the ongoing International Space Station and Lunar Atmosphere and Dust Explorer (LADEE) missions. No experiments will be conducted. Data from the Hubble Space Telescope and the Curiosity and Opportunity Mars rovers will not be analyzed. Work on any spacecraft currently under construction will stop. One bright spot: after initial worries that the November launch of NASA's MAVEN Mars probe might delayed, NASA "has determined that MAVEN qualifies for an emergency exception because of its importance as a communications link" between Earth and robot probes on Mars. If the launch were delayed, the next proper alignment of the two planets wouldn't occur until 2016.

The United States Department of Energy's 13,814 employees are working without pay as of Tuesday. The DOE has a Lapse of Appropriations Plan in place, so is better suited than others to stay active. The Agency is expected to furlough 9,584 personnel as the shutdown wears on and the fate of employees at its 17 National laboratories is not clear. Apparently there will still be funds to allow agency personnel to monitor the nation's nuclear reactors and weapons, so just relax everyone.

The Centers for Disease Control has furloughed 68% of its employees and has shut down surveillance of outbreaks of influenza this season. In addition, the CDCs' ability to track and evaluate critical foodborne illnesses has been severely compromised.

The National Institutes of Health is ceasing cancer research at their headquarters at Bethesda, Maryland. The associated organization National Institute of Environmental Health Sciences, located in Research Triangle park in North Carolina, will cease all research activities also.

[sidebar] Of all the awful, unnerving things that have happened this week, there's one that has stuck in my mind. One that bothers me so much that I just can't let it go. After hitting the NIH with a sequester budget cut of $1.71 billion, causing a government shutdown and freezing any research expenditures and seeing child cancer patients turned away from trials in the news, a few House Republicans held a press conference. Eric Cantor, Andy Harris,Renee Elmers  and several others who had some experience in medicine at some point bought brand new lab coats and stethoscopes for this event:

Accusing your opponents of taking child hostages that you yourself took, using them to deflect adverse publicity and as political weapons is just so... just so... I really don't have the proper words to adequately describe the disgust, loathing and fury that I feel right now. I do, however, have a photo that this disgraceful episode reminds me of very much:

The Environmental Protection Agency, to the delight of FOX "News", has furloughed 93% of its 16,205 employees. The EPA has stopped issuing all new permits, completely stalling progress for companies seeking to build or expand facilities. Work has also stopped in issuing new renewable fuel and air pollution standards.

The National Oceanic and Atmospheric Administration, the umbrella agency that encompasses National Weather Service, the National Marine Fisheries Service, the National Ocean Service and the Office of Oceanic and Atmospheric Research  among others has shut down, furloughing over half of its staff.  All research is stopped and most website functions are offline. Around 6,600 agency personnel will still be on the job, most taking care of essential weather forecast services. With tropical storm Karen threatening the Gulf coast, snowstorms in the west and tornadoes in the Midwest, these people (working for free right now, by the way) will certainly have their hands full.

The Federal Emergency Management Agency has a Lapse in Federal Funding Plan in place. Even so, 86% of the agency's 4,300 employees were furloughed. It is busily recalling emergency personnel now in the wake of the threat to the Gulf Coast from Tropical Storm Karen.

Since the Federal Government lost its authority to spend money, most agencies are no longer collecting data and generating statistics. Some still are, with residual funds, but those monies can be expected to run dry several weeks from now.

All these items in themselves would be enough (alongside the brutal across-the-board Sequester cuts) to threaten lives, cost the nation money and set back the progress of scientific research for a generation. It's but a snapshot though of the havoc that's being generated, right now, across the nation from this entirely avoidable self inflicted disaster. It's grimly appropriate that, on the October 4th anniversary of the launch of Sputnik 86% of NASA had been sent home and the agency essentially shut down.

This is the nation that beat the Soviets in a race to the Moon, constructed giant radio telescopes and orbiting observatories to peer to the edge of the universe, sent robots to all the corners of the solar system and launched humanity's first interstellar Voyager. We should surely be able to work around the obstructionism and hostage taking brinksmanship by the radicalized rump of one political party in one house of government in order to keep our agencies running.

Perhaps we need another Sputnik Crisis to get our collective asses in gear. Perhaps this is it.

Do you know something that makes this country exceptional? It's not Exxon, oil companies are transnational. It's not Goldman-Sachs, because there's shady folks pushing piles of other people's money around in every nation. It certainly isn't trust fund fascists, since oligarchs are everywhere too. It's our government's agencies and the people who choose to work at them that's exceptional.

Over the years this country has existed, we have painstakingly assembled a network of excellent institutions that has ensured our success. Our federal laboratories and institutional research partners are the envy of the world. This is our birthright and our true national treasure. Federal Agencies, and the federal employees who work at them, manage our resources, look after our health, see that our food is safe, maintain our security and keep our rivers from exploding into flame. They're the folks that rush in with supplies and money when they're hit by disasters. They watch out for storms, volcano eruptions, earthquakes and tsunamis. They scan the skies for asteroids that could wipe out our civilization. They're the real Atlases that hold our society up and they take a torrent of abuse from misguided, ungrateful people who don't think the jobs they do should exist at all.

Well, this wasn't a very Nice Time science blog. I'm sorry -- these just aren't very nice times; I can't deny that they're  getting to me and these are things that I just needed to say.  What I can do for you this week is leave you with this Nice Time Story about the oyster restoration success story in the Chesapeake Bay:

Of course, what would a Wonkette Sci-Blog be without your Cephalopod of the day, eh?

Well, that's that. Take care out there, everyone and I wish you all the best.