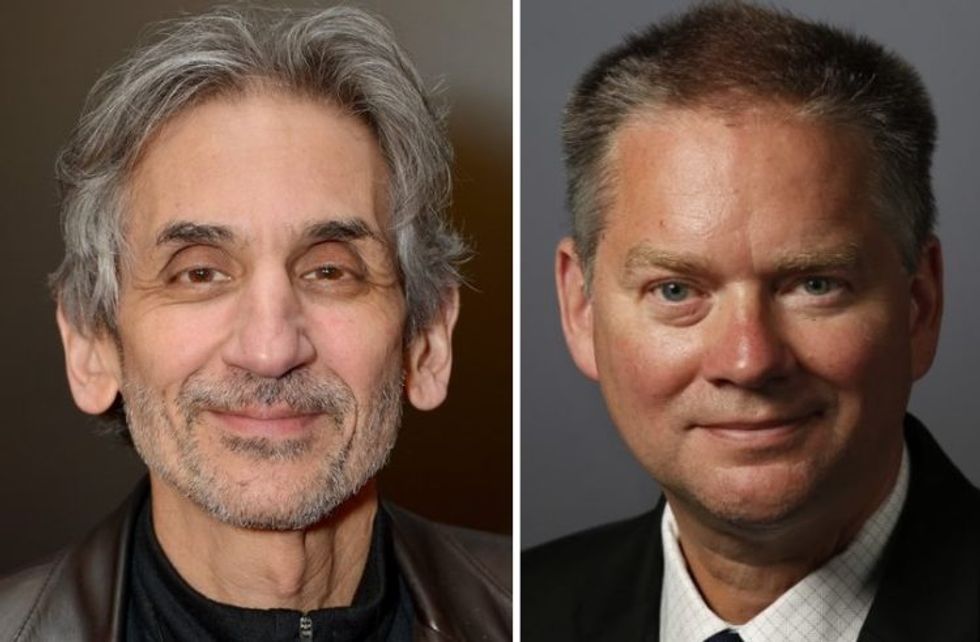 Everything remains crazy at the Los Angeles Times, where just over a week ago, the newsroom voted to unionize, and in an unrelated development, the frat boy in charge of the money side was placed on leave. Underneath all that has been several years of turmoil, with the LA Times owners, tronc (uncapitalized like k.d. lang, WHOM THEY ARE NOT) trying to bust the baby union and making sinister-sounding business moves. It's possible to do digital and newspaper stuff and to turn a profit -- as the Washington Post has demonstrated, and even the New York Times seems to be managing, almost in spite of itself. But it's looking like tronc is determined to take more of a Bain Capital approach: wrecking ball for fun and profit.

Tronc has made one change that seems aimed at calming things down a bit, maybe; they've brought in a new editor-in-chief, Jim Kirk, formerly editor and publisher of The Chicago Sun-Times. Kirk replaces Lewis D’Vorkin, who in addition to looking like Tony Stark after a bender, was not trusted by many LAT journalists: Had his relationship with them ever warmed to "fraught," he might still have a job.

Last Wednesday, business editor Kimi Yoshino was suddenly suspended, without any explanation, and escorted from the building without even being allowed to turn off her laptop. Apparently she was suspected of leaking, but tronc wasn't saying anything about Yoshino's sudden forced leave. Her coworkers sent a "Dude, WTF?" letter to D'Vorkin:

Sounds like not a lot of LA Times journos wanted to do a Trust Fall with D'Vorkin standing behind them. So in comes Jim Kirk -- a name that suggests anything but drama and scenery chewing, yes? -- to restore trust and stability in the jumpy nervous newsroom. He actually sounds like a decent guy.

News industry analyst Ken Doctor suggests ongoing developments may continue to inspire something other than comity between management and labor at the LA Times. Tronc is ramping up a new operation, the "Los Angeles Times Network," that's separate from the newspaper, and will have a parallel editorial structure. The new company is supposed to be a great new venture in which tronc sends out content to all the papers it owns -- the Times, the Chicago Tribune, the Baltimore Sun, the Orlando Sentinel, and others, as well as syndicating online content to other sources. But where will that leave the newsroom at the actual Los Angeles Times? Tronc isn't saying, which is causing stress and anxiety and people nervously clutching their staplers as they fear -- not without precedent -- that the LA Times Network is an attempt to sidestep the recent unionization drive.

There are also rumblings of a new partnership with the venture capital-fueled Axios, whose two-paragraph newshounds have been breaking all sorts of Washington DC news in little easily digestible bites. Could that be a move toward shedding the LAT's Washington bureau? Management isn't saying. Maybe a partnership with Axios will supplement the existing staff. Or maybe it will be a way of "covering" the capital on the cheap. Tronc doesn't seem to have any intention of including the existing newsroom in planning for the new venture, so LAT staffers keep trying to get a sense of what's going on by trying to suss out what's going on by all the new hiring, much of which is happening in near-secrecy:

Even as last week unfolded, Times staffers were increasingly asking about the new hires, whose faces and titles they saw. Who were they? What would they do? Whose jobs might they take.

And then there's this chilling little scene from life at the LA Times:

[Word] sweeping the Times newsroom is that another of the new management hires has been spied, “in our cafeteria, talking on the phone, in what sounded like a job interview, saying that he had been authorized “to hire five people” and that “a non-union national newsroom” was being created “to service all Tronc papers.”

That's some two-headed calf born under a full moon on Easter portentiousness, there, and it's not clear whether Jim Kirk will be enough to steady a newsroom that has an understandable case of the yips.

All in all, it looks like tronc is making lots of moves calculated to sow anxiety and uncertainty among LAT staffers, who now have a union. For all the good it'll do them.

Yr Wonkette is supported by reader dontations. Please click here to send us money. Our Editrix promotes a sense of security and goodwill by regularly firing us for not having seen certain important movies.