Ladies, We Hope You Didn't Like Those Dead End Jobs Too Much! 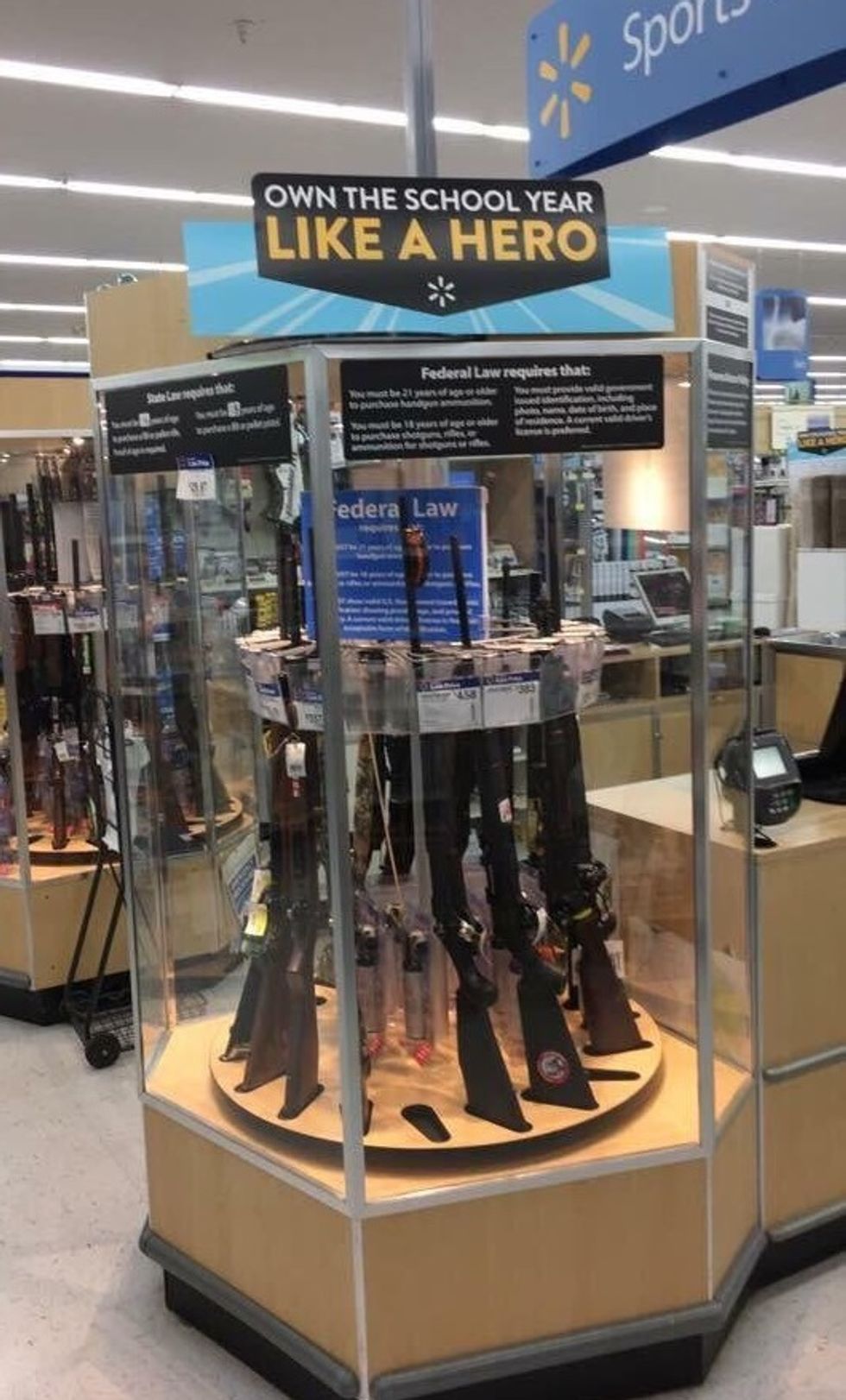 LADIES CAN BE HEROES, UM, IN SCHOOLS, TOO, WALMART, WAIT HISTORICALLY NO THAT IS TOTALLY A DUDE THING, CARRY ON

Ladies! Gather around the bleeding tent as we announce the next addition to the List Of Shit Ladies Shouldn't Expect Why Are You So Uppity Anyway!

Today's addition: shitty retail jobs. Yup, you heard me, we don't get those anymore either. As Forbes informs us, women are losing jobs in retail while men are gaining them!

Female workers bore the brunt of job losses in the retail industry over the last year.

As the retail industry grappled with store closings and bankruptcies, it lost 54,300 jobs from October 2016 to October 2017. During that time, women lost 160,300 retail jobs, while men actually gained 106,000 jobs, according to the Institute for Women’s Policy Research analysis of the December employment report from the U.S. Bureau of Labor Statistics (BLS).

See this is why we read Forbes around here, because it has ledes like that, which are informative and useful and chock-full of relevant knowledge!

The disparity seems to be coming from shifting trends in the retail industry, though just what trends are causing it are up for debate.

...Oh. That sentence is disheartening, because there has been a change, that is the point of this whole thing, and there can't be a change without a shift, and

“This seems to be a situation where men are in the right places and women are in the wrong places,” said Heidi Hartmann, president and CEO of the Washington, D.C.-based IWPR.

Well I am glad that someone has cleared that up for me, because I had worried that perhaps the problem was that men were in the wrong places while women were in the right ones, or possibly everyone was in the wrong place entirely (which, looking back over my dating history, I think is the most likely case) or what if everyone is in the right place and it's just a situation like public restrooms, where men don't have to take their pantyhose down, only this is work?

Hartmann said she thinks the discrepancy stems from more women working in stores or departments that haven’t fared as well as those where she says men are more predominant. Categories like furniture and home furnishings, building materials and garden supplies, motor vehicles and parts have been selling better than clothing and accessories and department stores, according to U.S. Census data released last week.

Okay that's one plausible trend, we are back on track here

Most of the industry’s job losses came from general merchandise stores, which shed 161,000 female employees while adding nearly 88,000 male workers from October 2016 to October 2017, the most recent BLS data available. Meanwhile car dealers, home improvement stores and furniture retailers all saw job gains in that period, with higher gains among men. Hartmann said you’re more likely to see men working in these stores than women, and same goes for those departments within larger general merchandise stores like Walmart.

I have a question: Isn't "hot chicks sell cars" an advertising truism? Why the hell would you hire more men to sell cars? This seems like one of those nose/face things.

She theorized that general merchandise stores may be laying off women in lower-performing departments and hiring men to work in more successful departments.

"She theorized" seems like an awful opaque way to say "the data tells us" but in any case the reason we don't get shitty retail jobs is because apparently we can't sell paint or something, I don't even know at this point, I'm not going to try to justify it.

“I just think it’s kind of fascinating that the segregation in the labor market is so strong that we can even see it in a big field like retail and general merchandise stores, which we think of as integrated or even majority female,” Hartmann said.

This is a lady writer and a lady expert and apparently neither of them have been informed yet that sexism is a thing people know about these days. Sometimes I wonder about the state of feminism because most of the female-ish persons I'm familiar with are pretty aware of the landscape, and then someone will remind me that Mika exists or I'll read an article like this where ladies are just fascinated by the idea that ladies get the short straw in the labor market too. Then I don't wonder anymore so much as sit around feeling a bit baffled. (I recommend either tea or whiskey for bafflement.)

I am shocked yet somehow not at all baffled that John Challenger doesn't buy that explanation.

“It’s alarming,” said Challenger, CEO of Chicago-based outplacement and career transitioning firm Challenger, Gray & Christmas. “Why the impact is hitting women disproportionately is a mystery to me, or certainly cause for concern.”

A mystery. Very mysterious. I believe he is baffled, even!

He noted that with the rise in store closures and popularity of online shopping, there’s a shift away from in-store positions and towards warehousing and distribution jobs, which he said might explain some of the gender differences. Warehouse and distribution jobs, however, are not listed as retail jobs in federal labor market data, a fact that industry representatives say skews the sector’s overall job performance.

Okay but if he said...and the data's not even... Why is a dude included in an article about women losing ground in the jobs market if he doesn't even know what's included in said market you know we're allowed to talk amongst ourselves right, google "Bechdel test" (you're welcome, movies are about to get so much better for you).

Ladies. Do not do this. It's just us here and it is perfectly okay that we are not asking a man his opinion on what we should do next. I mean, especially when the dude demonstrably doesn't know what he's talking about.

The only possible saving grace for this inclusion is if the guy was kind of a dick and this is that special kind of sweet karma that only journalists really get to dish out, where you just quote them. That's really kind of great, and I feel like this could be that. We're going to assume, anyway, ladies, because otherwise this is far too depressing!

[The IWPR's] Hartmann agreed that brick-and-mortar cuts are more likely to negatively impact women, who often serve in point-of-sale jobs like cashiers.

So the cuts in the sector that we are actually talking about, which disproportionately hit women, are more likely to impact women, ladies, in case you had previously been unaware. Write it down so your sweet little bird brain doesn't forget this entirely!

“What we have to work on is getting women into the jobs where they are growing,” she said.

Hop to it, ladies, you heard it.

You know a place that women work? It is Wonkette. Keep us growing please!