Larry Klayman Calls For March On White House To Arrest President, Also Demands Baseball Get Rid Of DH Because Why Not 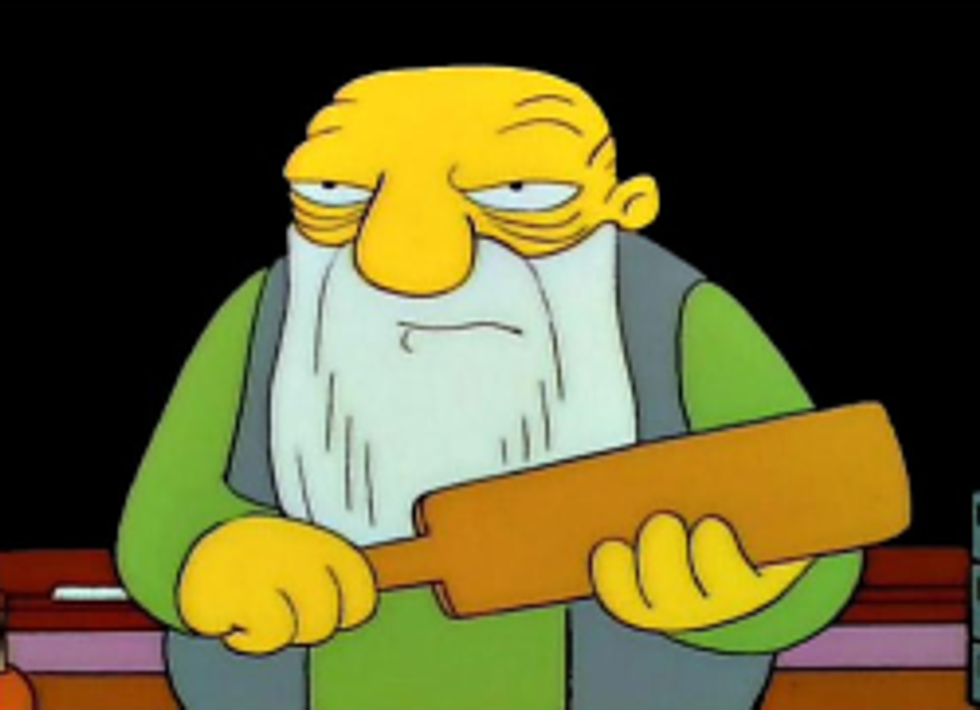 People, we hope you all have November 19 marked down on your calendars, becausethat is the day Friend of Wonkette and sickly Ed Begley Jr. impersonator Larry Klayman, accompanied by an army of feral poop munchkins, will bring the mother of all smackdowns onto the privileged head of King Barack Ayers Alinsky Hussein Nobummer. A smackdown of … justice!

You may recall last week, when Klayman began laying the groundwork for his One Million Imbeciles March by telling the world he would announce a date to show up at the White House and scream fruitlessly at it from the sidewalk his demand that Obama immediately surrender himself for incarceration, just as soon as a “citizens’ jury” returned an indictment against the president on charges of “eligibility fraud” (translation: BIRF SERTIFIKIT!!). Now lo and behold, that glorious day has arrived. Next stop: the history books!

It is a short indictment, announcing that “Defendant Obama” waived his right to a jury trial by failing to appear in any way by September 13, 2013. Klayman then tried Obama in absentia in front of a “citizens’ court judge” who found the president guilty on two counts of fraud against federal and state of Florida officials. Of course no reporters seem to have covered this momentous occasion, probably because none of them cared enough to find the Ocala Applebee’s where Klayman and his fellow truth-seekers commandeered a table to hold the trial, but more likely because everyone knows the media has always been in the tank for Obama.

Anyway, two counts of fraud, sentenced to five years’ imprisonment for each count, the Defendant shall forthwith surrender himself to the people blah blah justice something something. And now:

On November 19, 2013, a day that will hopefully live on in the history of our once great republic, I call upon millions of Americans who have been appalled and disgusted by Obama's criminality – his Muslim, socialist, anti-Semitic, anti-Christian, anti-white, pro-illegal immigrant, pro-radical gay and lesbian agenda – among other outrages, to descend on Washington, D.C., en masse, and demand that he leave town and resign from office if he does not want to face prison time.

In addition, I propose bringing the victims of his reign of terror to a podium across from the White House in Lafayette Park to give their testimony on how he has singularly severely harmed and in some instances even killed their loved ones through his actions.

Crazy people standing on podiums in Lafayette Park and spewing incoherent nonsense about presidential shenanigans and government oppression and the impending death of the Republic. Or as everyone in D.C. will call it, “Tuesday.”

Of course, Obama will not willingly obey the law of the people. He will attempt to hide behind the iron fences of the White House, perhaps cowering under his desk for fear that the people will rise up and demand his ouster.

Or maybe he’s just under his desk because he laughed so hysterically he fell out of his chair. Silver lining: it will be a lot harder for him to put his feet on his desk when he’s having a giggling fit under it.

Oh Larry Klayman, you are truly an inspiration to anyone who keeps forgetting to refill his Haldol prescription.