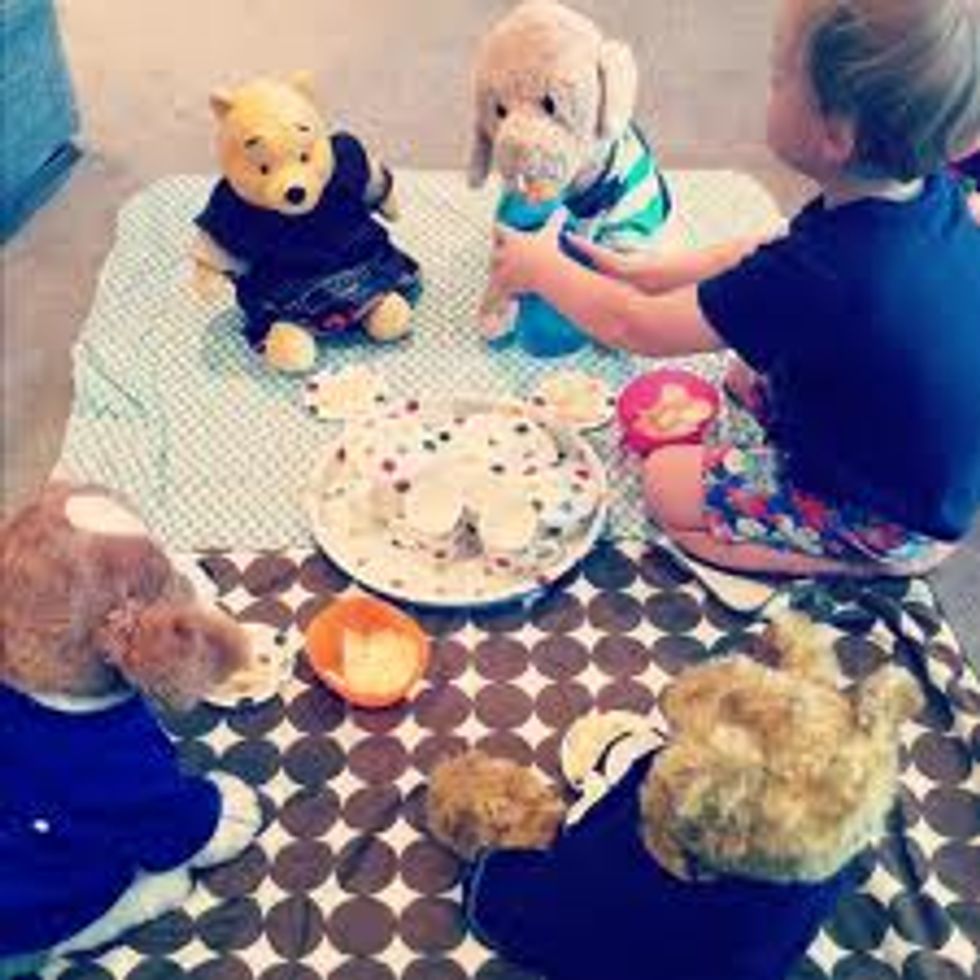 Do you remember when you were young and you played...well, whatever the hell imaginary thing you played? Dress-up, tea party (no, not that kind), transformers, whatthefuckever? You probably grew out of that by, say, college, because then girls (or boys! or whoever!) started looking at you a little weird. This is not true if you areWonkette's favorite attorney, Larry Klayman. On the heels of such smash hits as losing a lawsuit against Rachel Maddow really bad for her crime of quoting his client Bradlee Dean and racesplainin' that Obama wants to kill all the white people, Klayman is back, motherfuckers, with a toe tapper called "My Imaginary Grand Jury Just Indicted Obama." Hit it!

Larry Klayman, the founder of political watchdog groups Judicial Watch and Freedom Watch, organized what he called a citizens grand jury for the third time this week seeking “indictments” against President Obama, former Secretary of State Hillary Clinton and Attorney General Eric Holder, among others.

The Ocala panel, Klayman said, did indict those and other members of the Obama administration, as well as two Supreme Court justices and key officials with the IRS on charges ranging from divulging national security secrets to involuntary manslaughter.

“We put this together because of the lack of responsiveness in Washington,” Klayman said Tuesday, hours after the grand jury finished meeting. “The American people need to be shown that we have the future in our hands, our destiny.”

THE FUTURE IS IN YOUR HANDS AMERICA. Seriously, Klayman sounds just like we did when we played Star Wars in 11th...ummm we mean 3rd grade and pretended we were Luke Skywalker and roped our little brother into being Darth Vader. (SHUT UP YOU DID IT TOO.)

We are sure you are dying to know who Larry Klayman pretended to indict and why! Fortunately, Klayman has a very rich fantasy life and indicted pretty much errrebody, including Bamz, Old Handsome Joe, Eric Holder (who we are mad at also but we do not think he should be indicted!), IRS officials, John Roberts, Elena Kagan, and your mom. What happens now?!!

According to Klayman, those who were indicted will be arraigned, then publicly tried sometime in June or July here in Ocala. Klayman is looking for a judge or retired judge to preside over the trial.

“If they don't show (for the arraignment), we will enter a not-guilty plea for them and they will be tried in absentia,” he said.

Oh. OK then. That sounds totally reasonable. Surely all of America's leaders will respect your show trial where no one actually shows up. Look, people. If it were this easy, there is an almost endless list of people yr Wonkette would indict:

That last one is a thing, not a person, but as long as we're playing make-believe, we're going all out.