Larry Pratt Pretty Sure That Congresswomen Should Be Afraid He'll Shoot Them, For Freedom 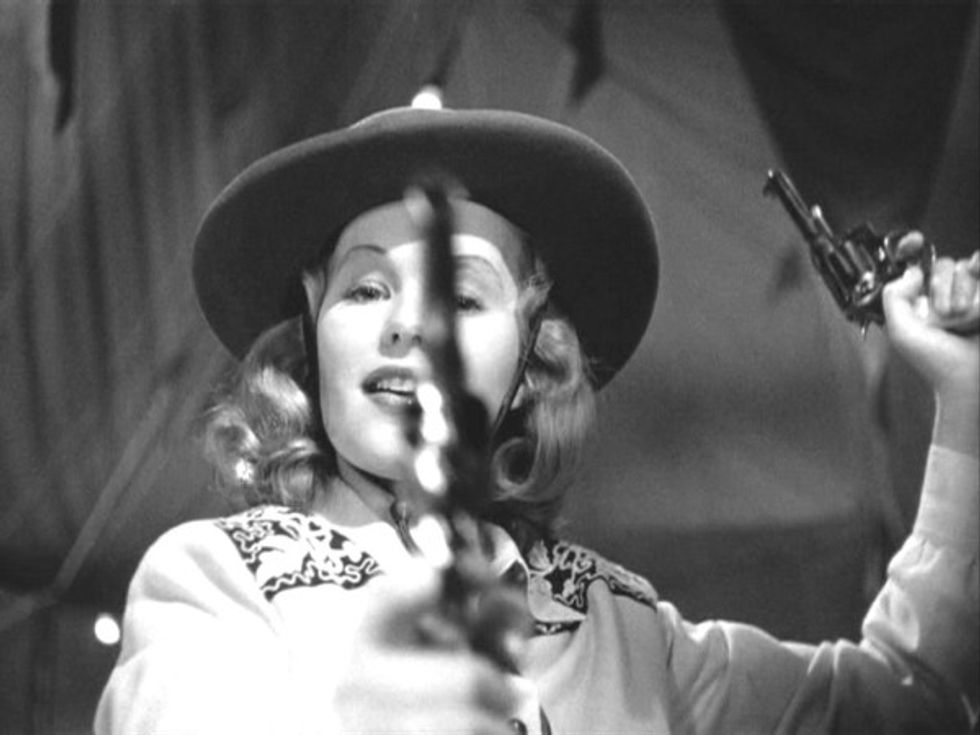 Oh hey look everybody! It's Larry Pratt, emperor of Gun Owners Uber Alles American Style, who we last saw making really confusing Hitler comparisons and explaining that teachers who hide in classrooms during school shootings to protect students are not heroes, they're pussies.

What has Larry been up to since we last checked in? Oh, just telling members of Congress who do not happen to love guns as much as Larry Pratt that they should totally live in fear of being shot at any time, ideally by a member of Gun Owners 'R Us.

“That’s probably a healthy fear for them to have,” Pratt said of members of Congress who fear assassination, in an interview with radio host Bill Cunningham. “You know, I’m kind of glad that’s in the back of their minds. Hopefully they’ll behave.”

Mr. Pratt has no idea what the word "healthy" might mean.

Some people, like Gabby Giffords's husband, understandably found the notion that Congresscritters should worry about getting shot a bit repulsive, given that his wife ACTUALLY GOT SHOT.

Another person who took offense at the idea that she should get shot was Rep. Carolyn Maloney (D-Unwilling To Get Murdered), and she called for an investigation into Pratt's comments. Rather than backing down, because that is for wusses, Larry Pratt wrote an open letter to Maloney explaining how she was stupid and also too should probably still worry about getting shot.

[Pratt sent] an open letter to Maloney, a New York Democrat, claiming that she does not understand the Constitution and telling her once again that she “should do her job in constant trepidation” that she will be shot: “Should you attempt to disarm Americans the way the British crown tried 240 years ago, the same sovereign people who constituted this government using the cartridge box someday may need to reconstitute it, as clearly anticipated by the Declaration of Independence.”

If Larry Pratt is an example of that whole "armed society polite society" thing, count us in as the most impolite motherfuckers alive, thanks.