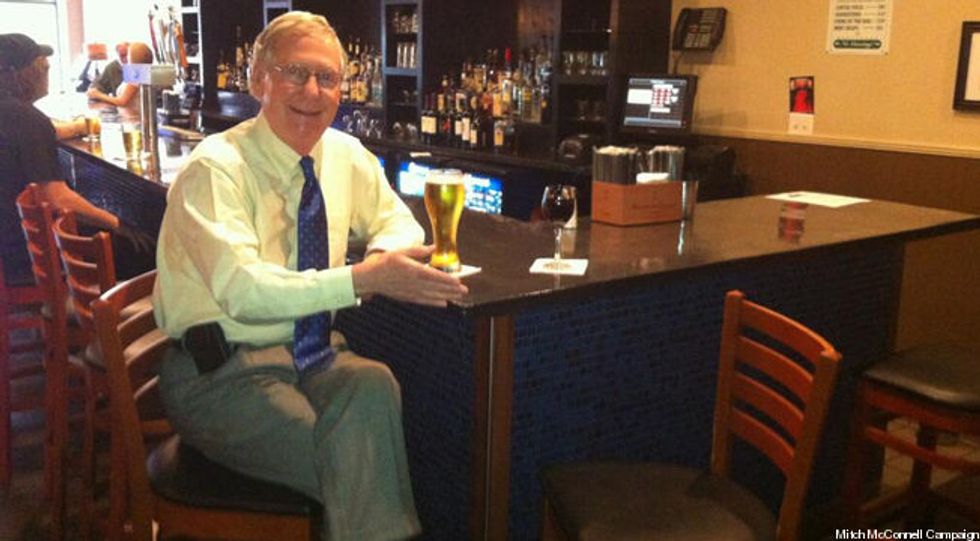 Well, look at that! The Republicans take the Senate, and in less than 48 hours, the four-week average of initial jobless claims falls to a 14-year low! Now that's a jobs plan!

About 278,000 people filed for first-time unemployment benefits, down 10,000 from the previous week. The decline was larger than economists had forecast.

The figure remained above the post-Great Recession low of 266,000, reached in the week ended Oct. 11.

Good job, Republican Senate! Way to time-travel back to a month ago and make companies stop firing all the people! We are pretty sure the sub-6 percent unemployment rate is thanks to you dudes, too, and probably also the low gas prices, although you might not want to take credit for that one since Fox now says that cheap gas hurts our economy. (Don't worry, they haven't concern-trolled about cheap gas hurting the climate. Yet.) Now all you need to do is repeal Obamacare, and your jobs plan will be complete.