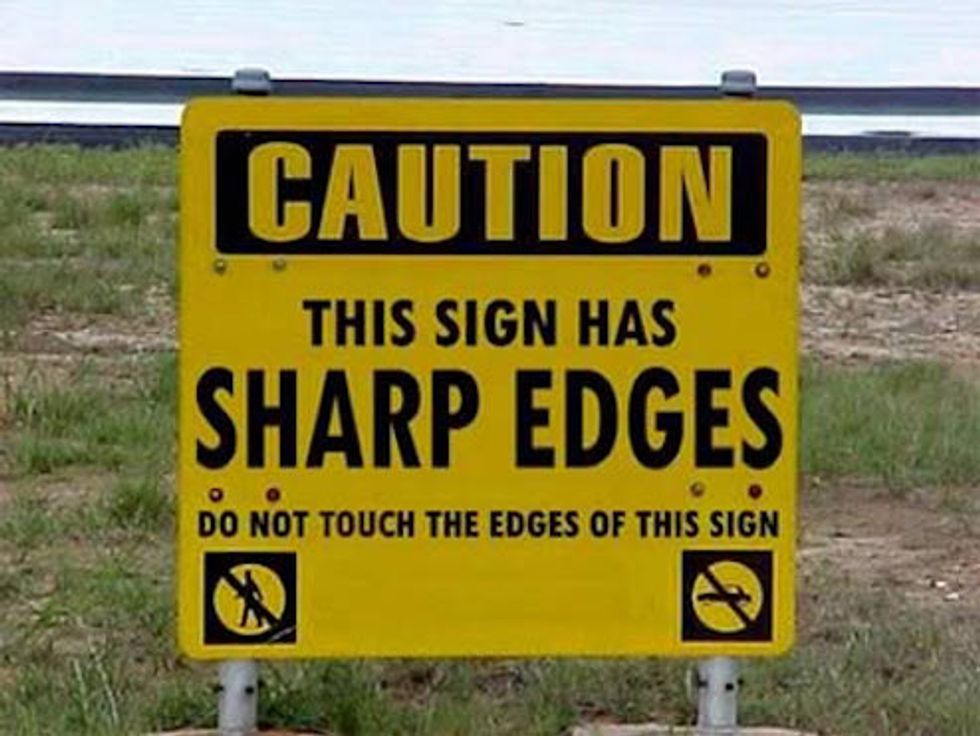 'Sup, Laura Ingraham? How've you been? Keeping busy? Cool, cool. You've been doing what? Being deeply confused and kind of full of racist bullshit about immigrants and Puerto Rico? Well, that's a thing to pass the time, we guess. What idiot wind blew out of your mouth lately?

The context of Ingraham’s statement was a rant about Sotomayor’s decision to refer to people in the United States without citizenship or immigration papers as “undocumented immigrants” because, in Sotomayor’s words, calling “them illegal aliens seemed . . . insulting.” After claiming that Sotomayor’s preference for one term over the other somehow reflects insufficient respect for the rule of law, Ingraham said that Justice Sotomayor’s “allegiance obviously goes to her, you know, immigrant family background, not to the U.S. Constitution.”

Hmmm. There is much things many things all the things wrong with asserting that people with immigrant backgrounds are disloyal to the United States, not the least of which is the whole thing where unless you are Native American, you prolly have an immigrant background somewhere in your family tree, but since we know that here "immigrant" is code for "shiftless brown people Laura Ingraham doesn't like," we get what you're trying to say. But really, Laura Ingraham, that is not up to your usual level of stupid. Can you kick it up a notch? Haha yes you can, because of the part where you forgot that (1) Sotomayor was born in the Bronx, which is actually in America, though Laura Ingraham has probably never been there and (2) Sotomayor's parents are American citizens because that is how we roll where Puerto Rico is concerned. American-born + American parents = totally legit not immigrant citizen of 'Merica, and way more 'Merican than Marco Rubio with his shady naturalized citizen parents, huh?

Credit where credit is due, Laura, at least you didn't go to the epic level of stupid that Rick Santorum did and insist that Puerto Ricans speak English instead of one of their speedy brown people languages because of how that is federal law, which was totally true except for the part that it is not a law at all oh well. So congratulations Laura Ingraham, you are less dumb than Rick Santorum, but that is setting the bar real, real low.