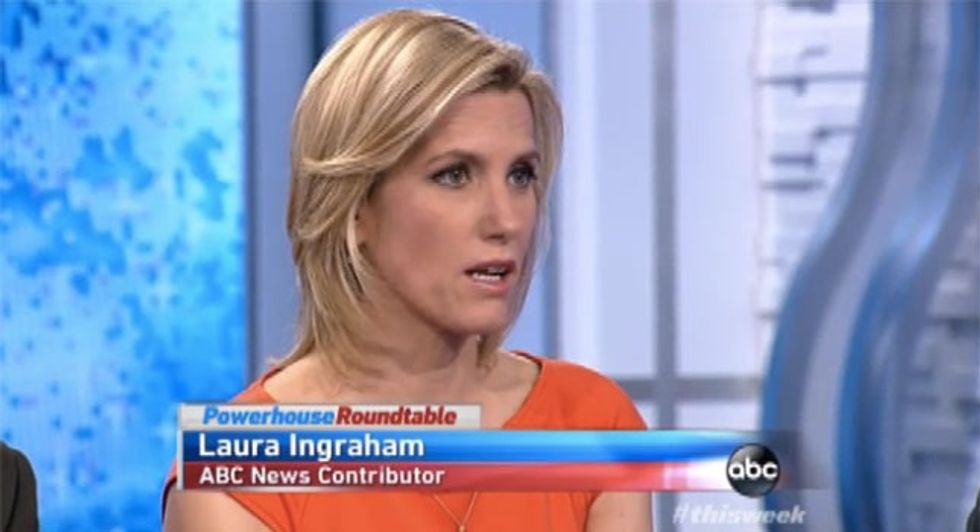 Laura Ingraham announced Friday she'd be taking a week off for Easter break, and no, heavens no, she isn't stepping away from her Fox News set just because advertisers have been dropping her show as if it were a barrel of toxic stew. Heck, it was always a barrel of toxic stew, and they had no trouble supporting it previously. The timing is surprisingly similar to that time last year when Bill O'Reilly took a "week off" for "Easter vacation" and promised he'd have a "full report" when he got back. Which he never did, too bad so sad.

Ingraham, too, promised she'd be back after a little break with her kids, and boy oh boy, what a lineup of guest hosts -- anyone at Fox who hasn't had to resign for sexual harassment, yet.

BREAKING: Laura Ingraham announced on tonight's show that she would take next week off and be replaced by "a great lineup of guest hosts" pic.twitter.com/Ucoa4D45O2