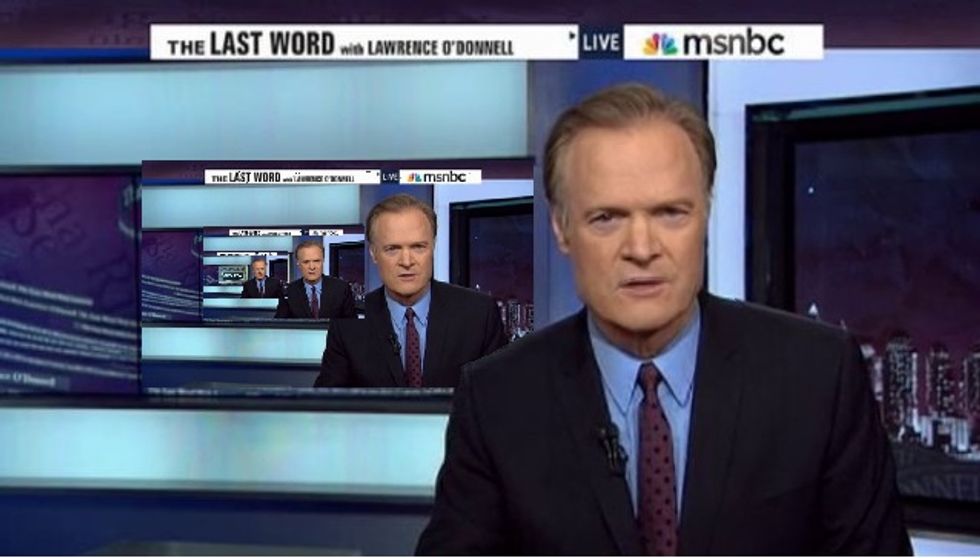 Alex Seitz-Wald wrote a piece Monday showing how the political press blew the IRS “scandal” out of proportion by immediately treating it as a massive scandal. It’s a really good piece, too, so go read it.

This story, though, really upset famous television star Lawrence O’Donnell, whom you may remember from USA’s “Monk.” So O’Donnell began Tweeting at Alex Seitz-Wald about it. O’Donnell called the piece “shockingly inaccurate” and asked Seitz-Wald how he could “attack all of @msnbc and not mention @TheLastWord got it right from day one?” I guess omission could be a form of “inaccuracy,” in a sense, but it’s also not accurate that the piece “attacked all of MSNBC.” It criticized specific pundits who said dumb stuff and jumped the gun. It also said nothing about, say, Rachel Maddow, or Melissa Harris-Perry.

O’Donnell went on to insinuate… something. Something a bit conspiratorial, but in a way that likely only makes sense to him. “You know exactly what you left out and why,” he said. I guess because of our lengthy and well-documented anti-Lawrence O’Donnell vendetta.

O’Donnell then tried out a classic asshole bullying maneuver, by invoking Seitz-Wald’s bosses (the subtext is usually: I’ll get you fired!!) before explaining how he would’ve written the piece: “I think piece should mention that I said everything in the article from the start including media critique.” We will endeavor to include a “here’s what Lawrence O’Donnell thinks about the topic of this story” disclaimer in all future Salon articles.

You will want to mosey over and read the rest of Pareene's considered thoughts on Lawrence O'Donnell, who is amazingly thin for such a gasbag, and whom we certainly did not see do an eight-minute segment once recalling how heroically he had ... produced the West Wing, or something, and it certainly did not go on and on and fucking on, forever, world without end, amen.