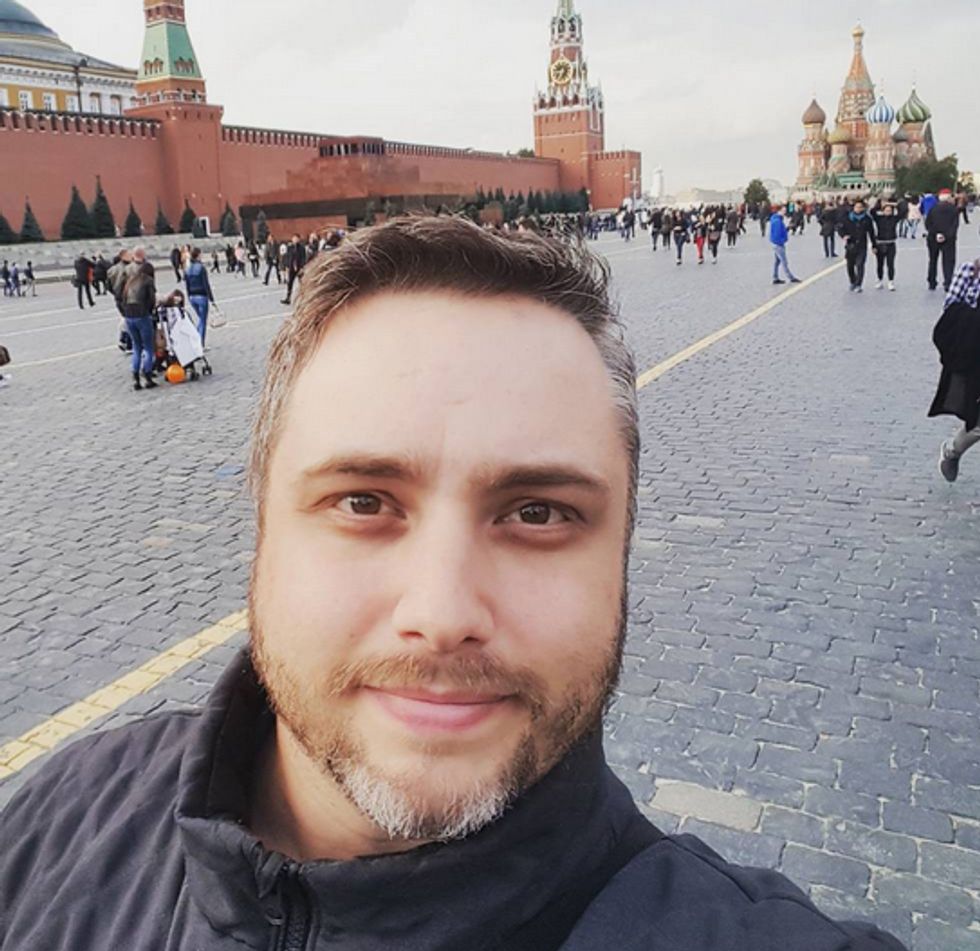 The dream of an independent California suffered a major setback Monday when Louis Marinelli, the guy who's supposedly been at the head of the "Calexit" movement, decided it would be a lot easier for him to just live in Russia without trying to convince a majority of Californians to join him in saying farewell to the USA. On the "California Yes" website, Marinelli posted a 1600-word explanation of his decision to give up on making California an independent nation and simply relocate to Russia to enjoy the liberty and prosperity he'd been seeking all along.

He still hopes Californians will decide to break away from the U.S. (not like that would spark a civil war or anything), but despite a recent surge of interest since the November election, said his little freedom organization has gone from being a lonely voice in the wilderness to being too small to handle all the new interest. That may be arcane code for "take the money and run," we suspect. If anyone's to blame for his giving up, of course, it's the lamestream media, for never taking him seriously the way he deserved:

Now the mainstream media, many of which are based in Washington and in New York, have called Calexit a fringe campaign with no chance of ever succeeding. Meanwhile, they have simultaneously sensationalized, exaggerated, and dramatized information about our campaign and particularly about myself in an effort to delegitimize our effort and demoralize our supporters.

Ah, yes. The old "if they're mocking me, I must be a threat to the Powers That Be" argument, which sort of ignores the possibility that you're being ridiculed because you're ridiculous.

In any case, Marinelli is out not because his movement had no chance, but because he had succeeded all too well!

From the beginning, I have been a reluctant leader of the Calexit campaign.

From the beginning, I have argued that Calexit ought to be led by a native Californian – someone who was born and raised under our bear flag.

From the beginning, I have pointed out the trouble I bring to the table with my political background and my history in Russia, a country I have grown to love.

For most of our campaign, there simply had not been another person ready, able, and willing to make the personal, professional, and financial sacrifices that were necessary to grow this movement from a one-man show nobody had ever heard of to the internationally-known political movement it is today.

Ah. He struggles and bleeds as he hangs on his cross. Now, you might think that last paragraph was leading up to Marinelli saying he'd finally found a worthy, native Californian successor, but nah. He's just dropping the whole blasted project and moving to Russia (where by the way he has lived for some time already), because while he'd happily live in an independent California, he simply can't live under the oppression of the U.S. government anymore. In fact, he's pretty sure achieving California secession would be easier than getting citizenship status for his wife, he says:

I have been primarily motivated by a personal struggle I have had with the United States government since 2012. That personal struggle revolved around the immigration status of my wife, a foreign national who I brought to the United States to live believing at the time that it was the best country in the world. For years, our marriage suffered as politicians in Washington argued and bickered about immigration reform while the American people expressed their anti-immigrant xenophobia.

California, he noted, was far more immigrant-friendly, so why not make California its own country and then his Russian-born wife could be a citizen? Seems like the long way around, but the man had a dream. Eventually, though, Marinelli moved to Russia, while somehow his wife remained stuck in San Diego, unable to travel; when the Washington Post profiled Marinelli in February, they were "still working on resolving the problem" -- and indeed, according to his Monday post, all is well: "But three weeks ago, my wife finally received her green card and now my personal struggle against the United States government has ended."

Naturally enough, now that his wife has her green card, he's had it with the USA and is leaving for good, because LOGIC:

As I have stated in the past, I do not wish to live under the American flag. I do not wish to live under the American political system or within the American economic system. Regardless, I had long planned to eventually return to occupied California and struggle for her independence from the United States so we could build the kind of country that reflects our progressive values. However, while my frustration, disappointment and disillusionment with the United States remains, these feelings now point me in a different direction. I have found in Russia a new happiness, a life without the albatross of frustration and resentment towards ones’ homeland, and a future detached from the partisan divisions and animosity that has thus far engulfed my entire adult life.

Consequently, if the people of Russia would be so kind as to welcome me here on a permanent basis, I intend to make Russia my new home.

And his wonderful wife? Meh, she's not mentioned again in his farewell note. He's dropping the California independence movement like a forgotten spouse and getting on with life in Russia, bless his heart, and maybe she'll join him or not. If someone else wants to pursue Calexit, they're welcome to it, but he's withdrawn the petition. Maybe someday, he says, "after this period of anti-Russian hysteria subsides," Marinelli will be able to return to an independent California, but for now, he's going to stay in Russia and pretend to be California's ambassador to Russia.

Calexit isn't Marinelli's first time around on the fringe-politics rodeo; as Yr Evan Hurst notes, Marinelli used to be a passionate opponent of marriage equality who toured the country for the National Organization for Marriage. But the very business of getting to know gay people by telling them they shouldn't be able to get married actually made him more empathetic to them, he claims, until he finally reversed position and exiled himself from NOM in 2011. “I started to see that they were not just political targets, they were real people who just… wanted to get married. It started to feel like a petty issue,” he wrote in a post on his now-defunct blog. He saw marriage equality as an attack on his traditional Catholicism, but eventually decided he could still do Traditional Marriage even if other people weren't, so hooray for personal evolution.

We'll check back in a few years to see what new political fad has taken Marinelli's fancy. We understand there are a lot of folks flocking to the Flat Earth community.

Wonkette depends on reader contributions to keep us going. Be a sweetheart and click the "Donate" clicky below, and maybe we'll let you move to our floating island paradise once we get enough old container ships lashed together. It'll be sweet.