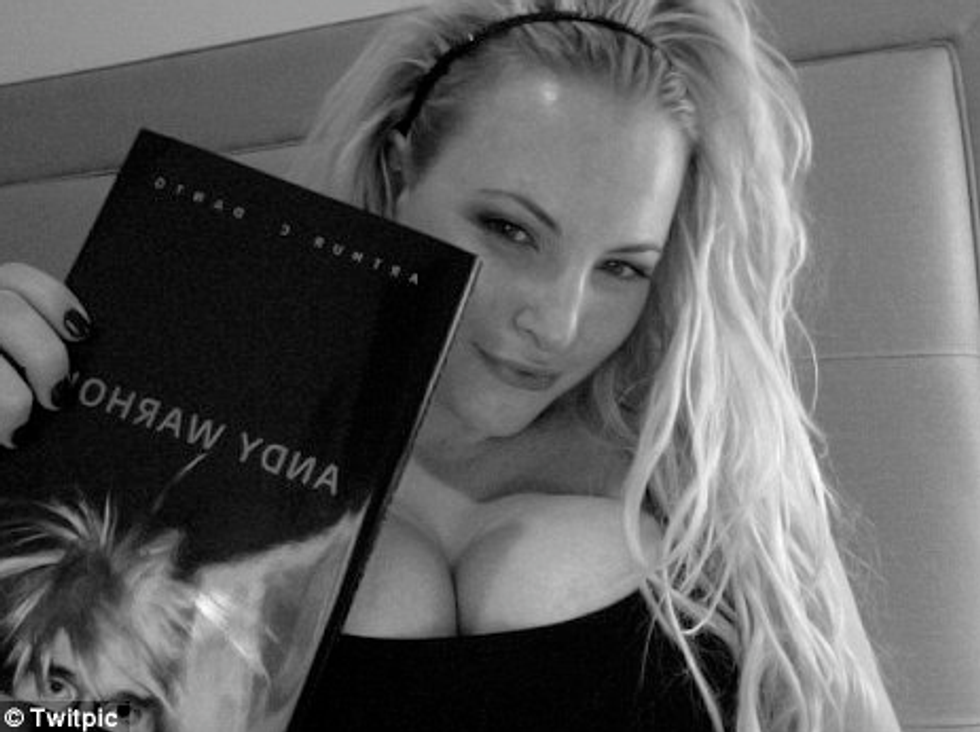 Meghan McCain has long wanted the world to take her thoughts on politics seriously, despite giving them absolutely no reason to do so, so for her latest column, she'staken a studious look at the 2012 presidential race, and decided it will probably pit the Republican candidate Sarah Palin against a Democratic nominee named Charlie Sheen. WHAT'S THAT? YOU CAN'T STOP LAUGHING AT THE ABSURDITY OF THIS UNLIKELY SCENARIO? That's precisely what Meghan wants! She has been paid money (we assume) to write out a HUMOROUS SKIT depicting these two individuals at a future debate. Of course, they can't help but talk about Meghan McCain, considering how important she is to the Politics and the National Conversation and the Issues.

Charlie Sheen: I didn't quit anything, you clearly have no idea what you are talking about. I elected to win. And if elected president that is what I will continue to do. Winning is my life, Rachel. WINNING! WINNING! [He takes a drag from his cigarette and winks at Maddow in a suggestive way.]

Holy cow! Did Charlie Sheen actually say this? It's tough to tell, because Meghan McCain is so good at comedy and theater!

Rachel [Maddow]: Sarah, this question is for you. How do you respond to critics who say you are too polarizing for the Republican Party and you could possibly be forfeiting the presidency to actor Charlie Sheen? Political blogger and your former running mate's daughter Meghan McCain has been one of your most vocal critics.

Sarah: Meghan McCain is nothing more than an irrelevant RINO blogger, everybody knows that.

Charlie: [Takes a long drag from his cigarette.] I invited Meghan on my private campaign bus but she wouldn't come. Do you think Bristol would be down to hang?

Jack: This fictional work, despite being a stroke of genius, is inaccurate because it's obvious to all political observers that "political blogger" Meghan McCain will be the nominee of BOTH major political parties in 2012. We're sorry we're so mean to you, Meghan! Please continue to lead our country forward with your expert insight into its governance! [Daily Beast]