Leslie Jones Is Black, Female, And In 'Ghostbusters.' Here Come A Thousand Racists With 'Monkey' Jokes 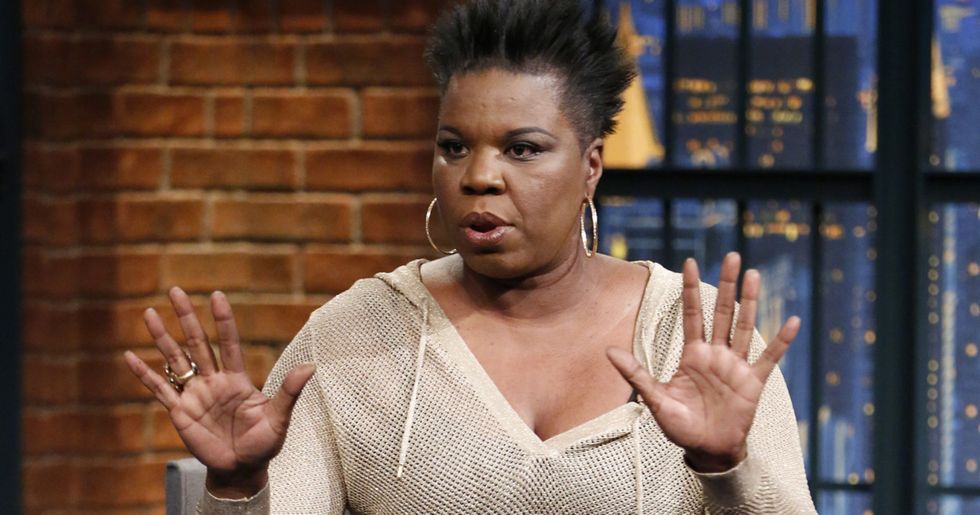 Of course, not everyone liked the movie. One such person was Breitbart douche Milo Yiannopoulos, who wrote a fairly nonsensical takedown of the movie yesterday. Following this, his ever-loyal fanbase decided to spend the rest of their day sending awful racist tweets to Leslie Jones, because they are charming people with full lives.

They even went so far as to post fake tweets in her name: Breitbart, in addition to publishing articles by Milo, also writes many articles about him, and what a delightful person he is. Naturally, they published a follow up article criticizing Jones for having been "triggered" by the beautiful prose of internet trolls, who are all just like Lenny Bruce.

Of course, the primary difference between Lenny Bruce and these twatwaffles is that LENNY BRUCE WAS FUNNY. He didn't have to demand that people think he was funny, because he actually was funny. He wasn't just like, randomly going around calling black people apes and then pitching a whiny manbaby fit when people thought he was an asshole. Sorry dudes, you're not Lenny Bruce. You're the asshole who goes to a comedy show to heckle and insists that they're totally "contributing." Funny people don't get mad when someone thinks they're not funny, they just come up with better jokes.

Jones put out a call to Twitter to do something about this kind of harassment, writing "Twitter I understand you got free speech I get it. But there has to be some guidelines when you let spread like that. You can see on the [p]rofiles that some of these people are crazy sick. It's not enough to freeze Acct. They should be reported."

Free speech is great. I am in favor of free speech. Leslie Jones is in favor of free speech. If you really, truly, in your heart, believe that it is beautiful and necessary to say racist-ass things about black people looking like apes or anything like that? You can just say it on your own without dragging Leslie Jones or anyone else into it. Because that's when it becomes harassment.

Also, Twitter is a private company, and can determine what kind of speech it wishes to encourage. Yes, one of the things about Twitter is that you now have a way of contacting celebrities (and total strangers!) directly that you did not have before the internet, but that doesn't mean that you should harass them, or demand that they think you are great and hilarious for doing so.

Twitter has since responded with a vague but supportive statement:

“This type of abusive behavior is not permitted on Twitter, and we’ve taken action on many of the accounts reported to us by both Leslie and others. We rely on people to report this type of behavior to us but we are continuing to invest heavily in improving our tools and enforcement systems to prevent this kind of abuse. We realize we still have a lot of work in front of us before Twitter is where it should be on how we handle these issues.”

Coming from this grossness, however, there has been a crush of love for Jones on Twitter from fans and fellow celebs alike, in the form of a #LoveForLeslieJ hashtag.

That probably won't do much to discourage the "Hur hur! We made someone sad so we must be cool and funny! Our senses of humor haven't evolved since middle school! Which coincidentally was the last time anyone thought we were cool!" crowd, of course -- but hopefully showing her that those shitheads are in the minority. And hopefully Twitter will start to do something about this shit. But, end of the day, Jones wins. Because people actually laugh when she tells jokes, and these twerps are sure as hell not going to be pulling that off any time soon.