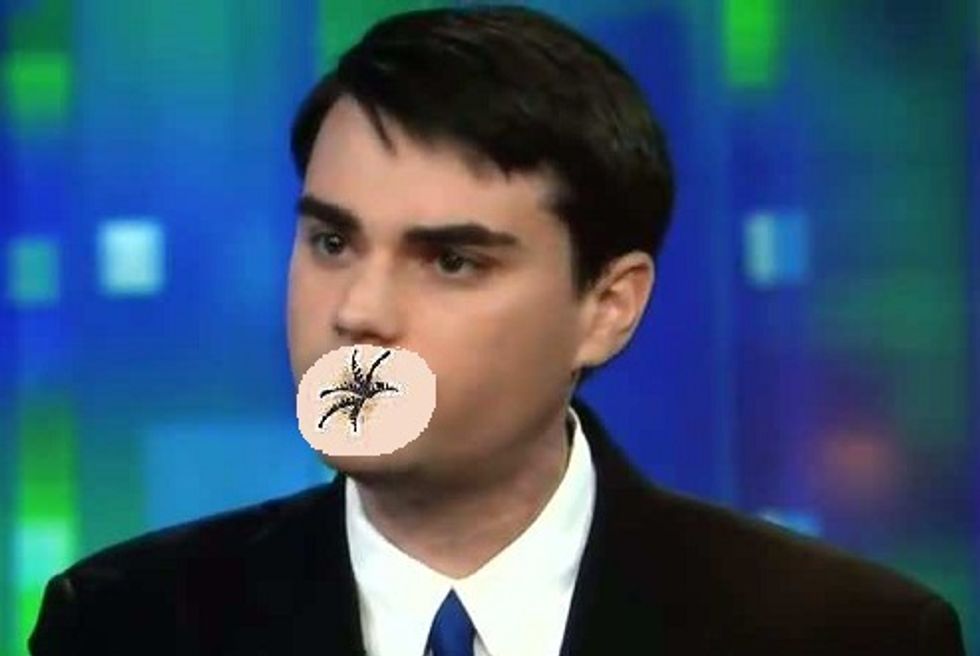 Ladies and gentlemen, Conservative Thought Leader Ben Shapiro has some Thoughts on the death of Philip Seymour Hoffman. See, we thought we were rather uncharitable yesterday when we were feeling angry and resentful toward Hoffman for being an addict and throwing his life away, but now, along comes Ben Shapiro to give us a better focus for our anger -- in Ben Shapiro's strange moral universe, it is not heroin or addiction or even Philip Seymour Hoffman who's responsible for Hoffman's death:

But his self-inflicted death is yet another hallmark of the broken leftist culture that dominates Hollywood, enabling rather than preventing the loss of some of its greatest talents.

Hoffman was a liberal. He died of a drug overdose. Liberalism causes drug abuse, QED.

But you see, there's really a very simple explanation for all this: Liberals lack any ethical grounding whatsoever. Why is this? No one knows, but saying it will help you sell books about how the left is full of bullies and fascists:

Libertarianism becomes libertinism without a cultural force pushing back against the penchant for sin; Hollywood has no such cultural force. In fact, the Hollywood demand is for more self-abasement, less spirituality, less principle, less standards.

Also fewer attention to grammar. Ah, so it was ultimately the Left's fault, because there is no understanding of sin in Hollywood. And when a conservative abuses drugs or alcohol, is that because they've suddenly been tainted by liberalism, perhaps? Is Trey Radel maybe a hallmark of the broken leftist culture of Hollywood, Florida?

No one knows what sort of demons plagued Seymour Hoffman. But without a sound moral structure around those in Hollywood who have every financial and talent advantage, the path to destruction is far too easy.

Translation: "No one knows why Hoffman was an addict, but it was liberalism. What a shame." If only everyone were a conservative, they would understand the value of life. How did Shapiro fail to drag abortion into Hoffman's drug abuse, too? Maybe Kathryn Lopez called dibs on that column.