Let's All Blame The Gays For The Pope's Retirement 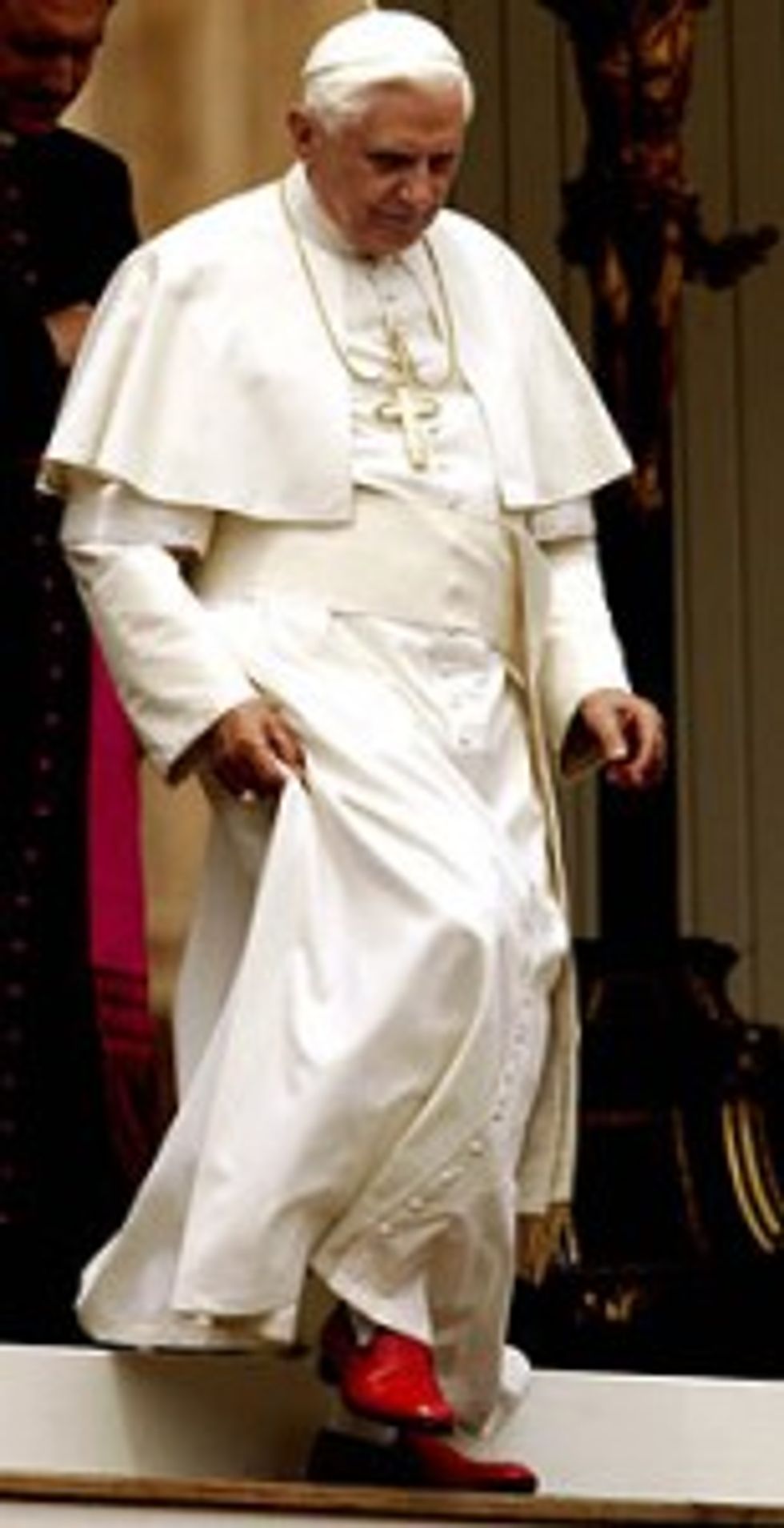 Oh boy, here we go! This week may have started out all"slow-newsy-snoozey" but never fear, wonketteers! The fabulous ruby-slippered Pope's retirement has become embroiled in a scandal described with words like "seething hotbed of intrigue and infighting." What? Oh yes! Let the hunt for all double entendres possible commence!

A potentially explosive report has linked the resignation of Pope Benedict XVI to the discovery of a network of gay prelates in the Vatican, some of whom – the report said – were being blackmailed by outsiders.

The pope's spokesman declined to confirm or deny the report, which was carried by the Italian daily newspaper La Repubblica.

Declined to confirm or deny? Well that just begs for some rampant speculation -- and innuendo, don't forget that part -- and let's try to figure out what happened besides the obvious, which is that gays and their gayness ruin everything.

In May 2012, the Pope's butler Paolo Gabriele was arrested for stealing and leaking some "papal correspondence" filled with lurid tales of "intrinsically disordered" gay sex between members of the clergy and those who would blackmail them. Vatileaks! So next, in a damage control frenzy, three Bishops were charged with figuring out what was in the pilfered papal papers and what they found must have been HOT! The Pope reportedly announced his resignation on the very same day he received the Bishops' 300 page dossier regarding various hook-ups between a "network of gay prelates in the Vatican" and the accompanying blackmail to out them! Prelates are called "ordinaries," in this case, bishops, who do like to spend a lot of time on their knees! And these particular ordinaries had secret meeting spots -- an Italian villa, a beauty parlor, a sauna in Rome and also an archbishop's university residence. Even hotter is how La Repubblica says the dossier the Pope was given was "bound in red." Red WHAT? That is sexy!

According to a source, "Everything revolves around the non-observance of the sixth and seventh commandments." Lets see, the seventh is "thou shalt not steal." Bor-ing. But the SIXTH is the good one, it's that "no adultery" one, and the Catholic church has a special provision about that including the "no homo" rule. "The sixth forbids adultery, but is linked in Catholic doctrine to the proscribing of homosexual acts." And now the pope is quitting.

Pope Benedict has said he will stand down at the end of this month; the first pope to resign voluntarily since Celestine V more than seven centuries ago. Since announcing his departure he has twice apparently referred to machinations inside the Vatican, saying that divisions "mar the face of the church," and warned against "the temptations of power."

The report detailing the findings of the Pontiff's purloined parchment has been locked away in a vault in Pope Benedict's apartment, awaiting the election of a new Pope. Because hiding away secret scandals that are no fun to deal with is ALWAYS a good idea, right Catholic Church? The opening of that vault will be the most eagerly anticipated event in Catholicism since the revealing of the last prophecy of Fatima. But yeah, just let the next guy handle it. This Pope is exhausted.