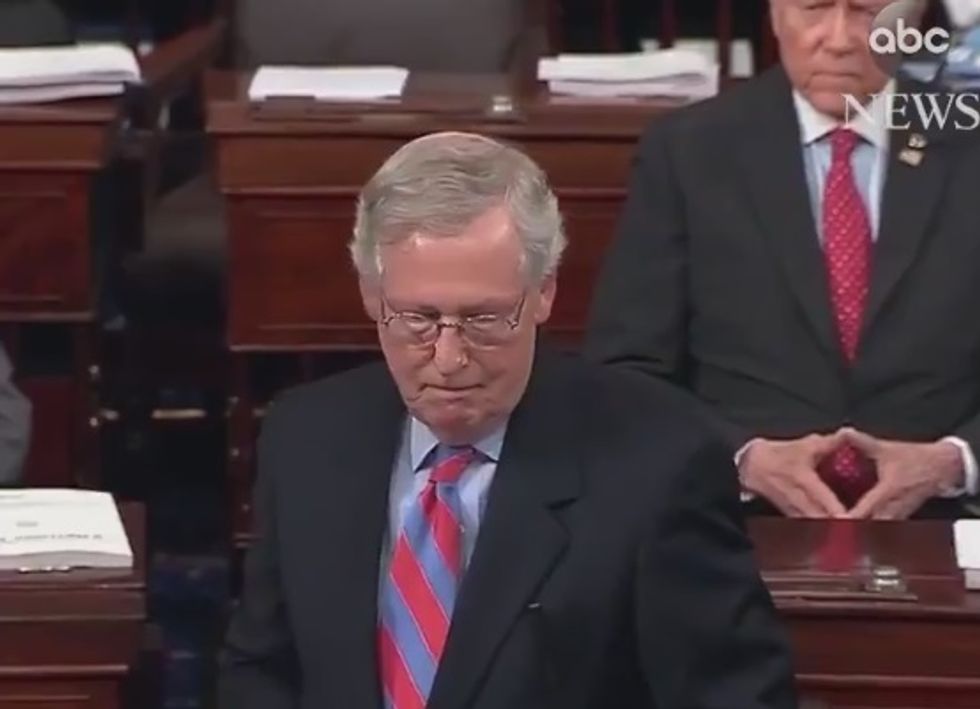 As we mentioned this morning, poor ol' Mitch McConnell took it kind of personally that the mean old Democrats, whom he excluded from having any input into his secret plans to murder the Affordable Care Act, refused to take part in the Republican reindeer games. Not that they were invited, but the whole thing just struck him as terribly unfair. People on Twitter couldn't help but notice ol' Mitch crying like a common Boehner: