Let's Get Ready To Rumble! Chris Christie Versus Rand Paul In A Fight To The Derp 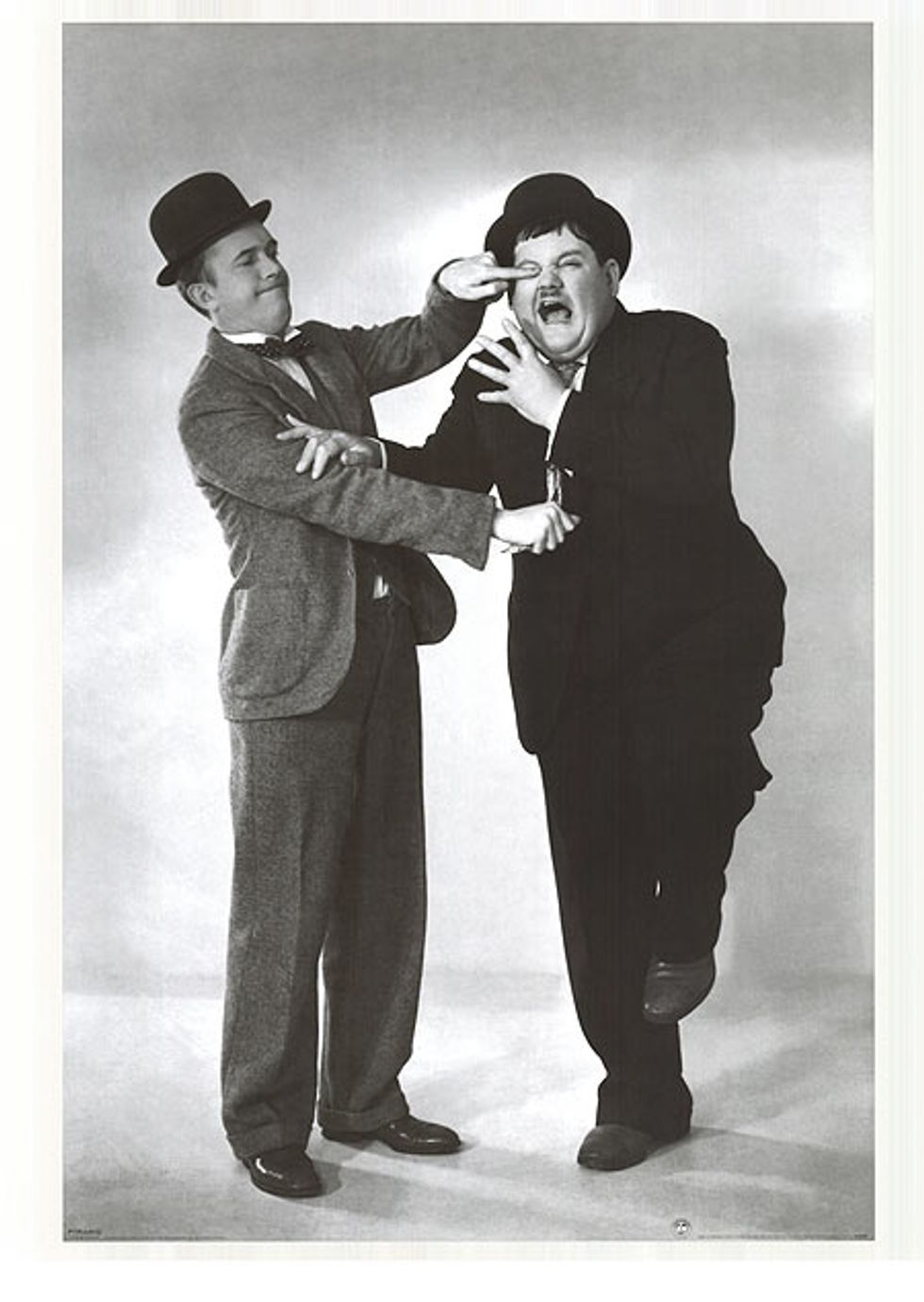 Have you grabbed your giant bag of popcorn and settled in to watch the Rand Paul-Chris Christie fight? You really should sit down for it, because this thing is going to go several rounds. First we had Chris Christietalking smack about how libertarians are out-of-touch wusses who NINE ELEVEN NINE ELEVEN NINE ELEVEN!!11! Rand Paul came roaring back and yellsplained about how New Jersey is just being a greedy slutbag for wanting that sweet sweet Hurricane Sandy coin. Round three shows Christie stepping up to lace Paul about how his old Kentucky home is nothing but a bunch of takers:

Oh, SNAP! Some legit tough talk from the big man! Bring it, dude with essentially the same first and last name. Also, too, Christie is dropping some actual knowledge here, rather than the chest-puffing posturing of rounds one and two. What's Rand Paul got up his sleeve to retaliate? Some fact-free yelling, y'all!

“This is the king of bacon talking about bacon,” the Republican from Kentucky said on CNN’s “The Situation Room.” “You know, we have two military bases in Kentucky, and is Governor Christie recommending that we shut down our military bases? … No what this debate really is about is that in order to have enough money for national defense, which I think is a priority for the government, you have to be willing to cut spending in other places, and Governor Christie and others have been part of this gimme, gimme, gimme, gimme all this money.”

We are not sure what this means but it sounds mad, bro. We think Rand Paul is saying that he is sad that Chris Christie would ever try to shut Rand Paul's precious army base cash machines down, and of course he shouldn't because national defense is the only thing that matters so suck it Jersey. Do we have that right?

Paul also took the opportunity Tuesday to respond to Rep. Peter King’s comments about him being a “fringe” on CNN’s State of the Union on Sunday.

“It’s the tax and spend, liberal wing of the Republican party. They’re all for blowing up stuff, they’re all for getting involved in wars, but they’re not too concerned with fiscal responsibility and balanced budgets,” Paul said, brushing off King’s comments.

We are not sure on what planet Peter King constitutes the liberal wing of any party but in any event we think that means we've all lost this bout.