Let's Learn About That Jerk From Ohio Who's Not Going To Be President, Then Promptly Forget 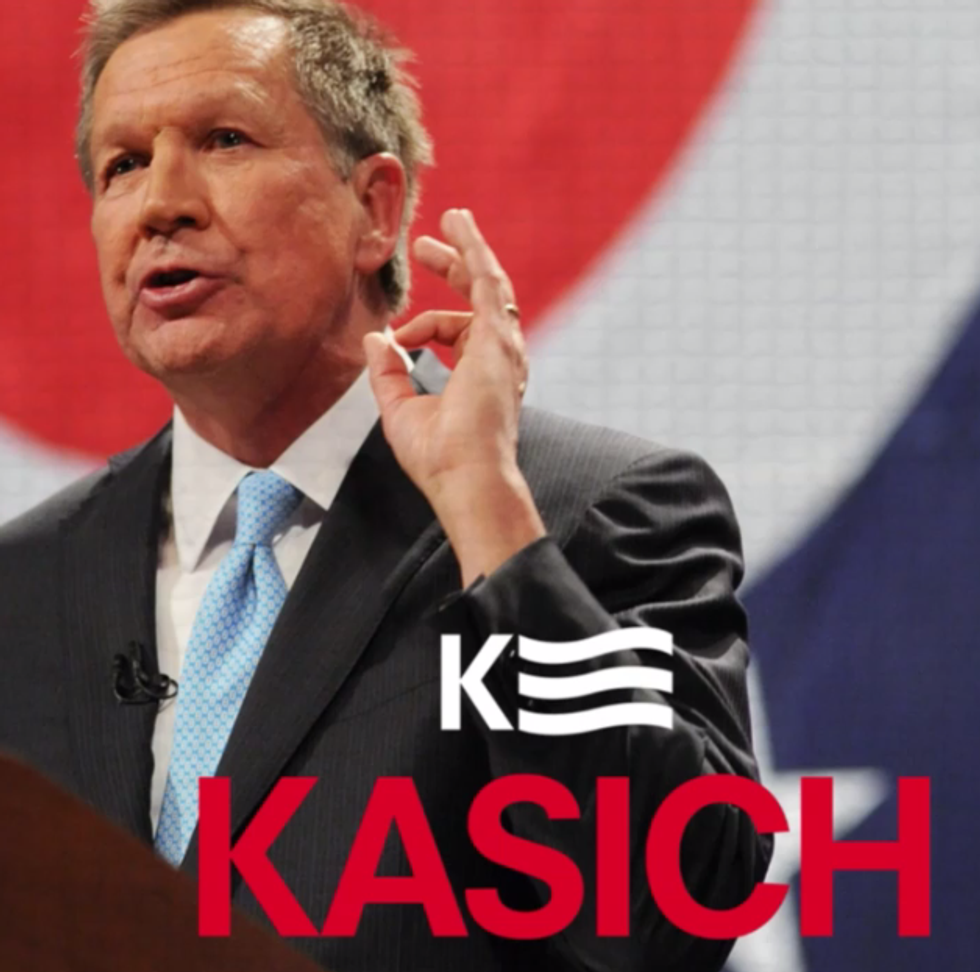 You know how Republican primary voters are looking for a serious candidate? One with a record of governance, popularity within his own state (sorry, Carly, but these are not vag voters, they want a his), and even a moderate position or two, like on expanding Medicaid through Obamacare? No, of course not, because Republicans love Donald Trump the most right now. True story.

Which means now is the perfect time for John Kasich to dive head first into the shallow end of the piss-colored pool of Republican presidential contenders. Wait, John who? K-A-S-I-C-H. He is, as we have mentioned before, "the colorless blob of wheat germ currently serving as governor of Ohio." Ohio, for those of you living in the parts of America that do not have enough maps everywhere like such as, is an important swing state, which we're thinking is the main reason Kasich is running. Because when the actual nominee has to choose his sacrificial lamb running mate, Kasich can wave his hands in the air and say, "Me! Pick me! I can deliver Ohio!" The state's two-term governor happens to be pretty popular with Ohioans, with a 60 percent approval rating, although most of America has no idea who he is and doesn't really care. And neither do we, really, but here, we will do some journalism at you, so you know who the 16th also-ran in the race is, until he drops out, and then you're free to forget all about him again.

During Kasich's announcement speech on Tuesday, he said he loves his wife a lot, and his kids, and drugs are bad and are washing away our communities and maybe even our kids. Bye, kids! He also asked the audience if it remembers reading about the Civil War. Maybe a Civil War textbook in every pot? Also, ask you grandfather and your dad about the Depression, that was bad too. Guess he wants to be the history teacher in chief? Anyway, he said a lot more words, like how we should keep our "eyes on the horizon, about the future," so we don't get sea sick maybe? Also, he knew Ronald Reagan. Seriously! "Yeah, I actually knew the guy! The real guy!" Ooooh. Ahhhh.