Let's Make Fun Of Rep. Daniel Webster, For Being Bad At Congress 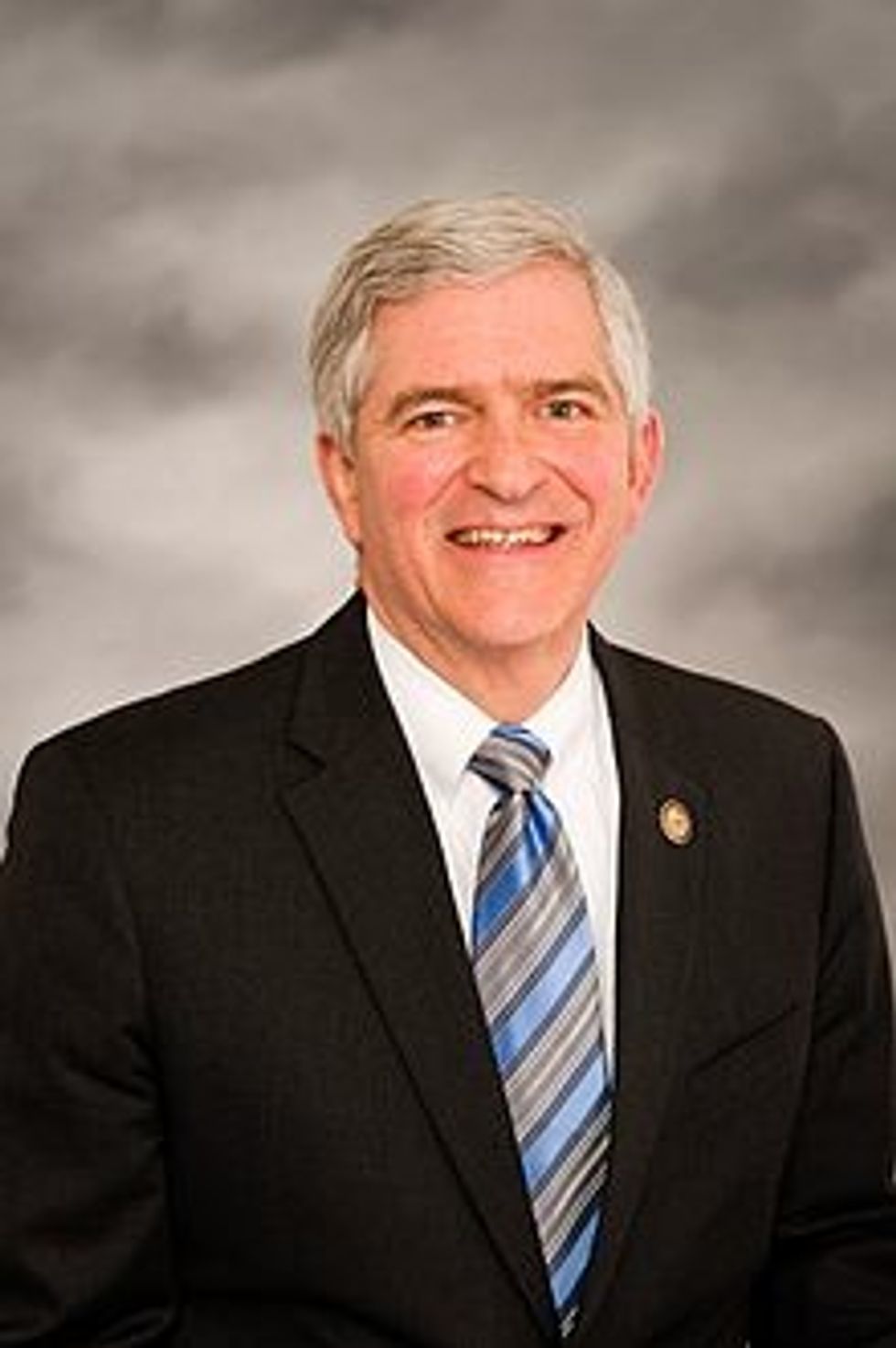 Last weekwe wrote about the latest program that House Republicans drew from their box of Valuable Programs That Benefit Any Number Of People And Aren't That Expensive But Should Be Destroyed Solely Because A Democrat Likes Them, the American Community Survey -- a form of several dozens questions sent to random households each month, the results of which are used by most policy researchers and help determine how some $400 billion in discretionary funds should be allocated. The Republicans are led by freshman Rep. Daniel Webster, who's trying to snag his one crappy piece of legislation that he can wave around to trick his constituents into thinking he does work and deserves reelection. Webster and others heard that the survey, which is mandatory, sometimes includes a question asking if one's home has a flush toilet, and so they're essentially saying that ACS should be destroyed to stop Democrats from watching you poop. No, that's not fair of us. Because the actual words that come out of Daniel Webster's mouth whenever he has the misfortune of opening it are so much worse.

Daniel Webster is pretending to be concerned about the ACS on both cost and privacy grounds. It should be noted that on Friday, Daniel Webster voted in favor of a $642 billion National Defense Authorization Act that allows the government to continue to spy on and kill everyone everywhere for bloodsport but otherwise only allocates spending on the most vital functions, such as the creation of a vast East Coast missile defense system designed stop Iranian nuke-tipped ICBMs from hitting any American city.

So what's your specific policy argument, arrived at only after the most comprehensive weighing of pros and cons, for eliminating the ACS?

“This is a program that intrudes on people’s lives, just like the Environmental Protection Agency or the bank regulators."

It is not in any way like either of those things and they don't intrude on people's lives, but yes, Democrats generally are in favor of preserving the Environmental Protection Agency and believe that financial markets should be regulated. What other clunky GOP focus-grouped buzzword pastiche did you bring to the workshop today? Oh, here is when he tells the many businesses who depend on these survey results and want the program preserved that they've got it all wrong:

Mr. Webster says that businesses should instead be thanking House Republicans for reducing the government’s reach.

“What really promotes business in this country is liberty,” he said, “not demand for information.”

Daniel Webster is a United States Congressman and he said, "What really promotes business in this country is liberty, not demand for information." Gold Star for Daniel Webster, who just last night lost his first baby tooth and today said his first sentence of 13 words! It was the worst combination and sequence of 13 words he could have picked out of the fattest unabridged dictionary of any language in human history, sure, but freshmen congressmen always have a lot of catchin' up to do. In this sentence he manages to (1) make no sense, make a mockery of sense, (2) dismiss the concerns of and correct America's beloved Business Job Creator Class, who would gladly Create Jobs if the Washington Politicians just Let Them Create Jobs, and (3) declare that "information" is of no use to business. This is the first time that your Wonkette has seen a congressman explicitly denounce "information."

How does a survey work, congressman -- or should we say, how does it not work, amirite?

“We’re spending $70 per person to fill this out. That’s just not cost effective,” he continued, “especially since in the end this is not a scientific survey. It’s a random survey.”

We were going to respond to that one with a full novella of insults but nevermind, the liberal New York Times gets it done in one line, with this beautiful translation of "You're a fucking idiot" into objective-journalismese:

In fact, the randomness of the survey is precisely what makes the survey scientific, statistical experts say.

(Oh, and about that: "For example, a question on flush toilets — one that some politicians like to cite as being especially invasive — is used to help assess groundwater contamination for rural parts of the country that do not have modern waste disposal systems, according to the Census Bureau." Commies watchin' ya poop, is all we're saying...)