Lindsey Graham Says Being Confederate Loser Racists Is Just Part Of Who We Are, Y'all 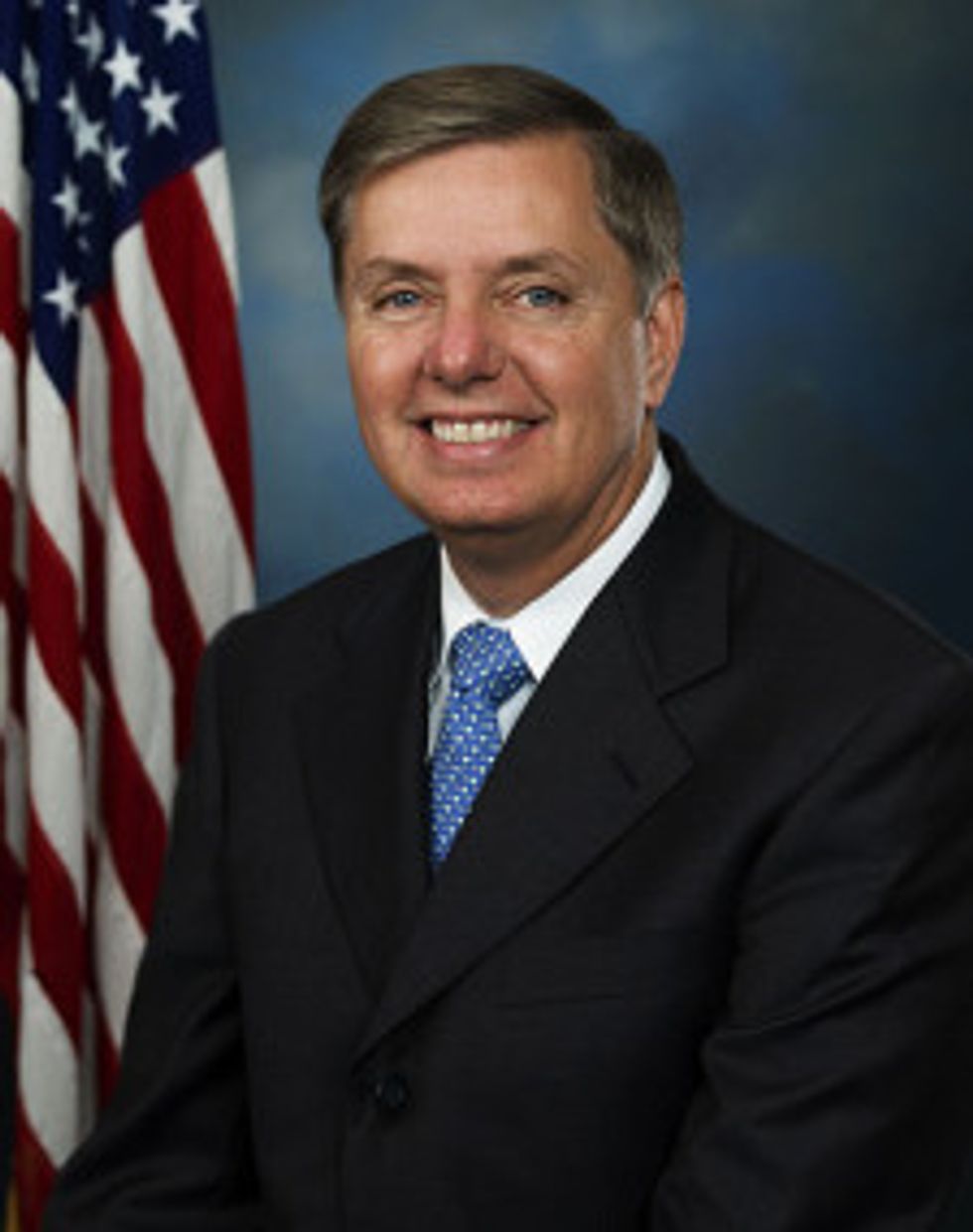 Southern gentleman Lindsey Graham would like all y'all to kindly leave his state of South Carolina and its proud heritage alone. Sure, some people think it's despicable that the Confederate freak flag still flies over the state capitol -- because the South shall rise again, or at least spend more than a century being real damn bitter about that time it got its ass kicked by the United States and couldn't have slaves anymore, BOO HOO, and then it was forced to integrate its pools and schools, so unfair.

But hey. Listen. There are much more important things happening right now, in South Carolina and the world, than whether the state continues to officially endorse a blatant symbol of racism:

At the end of the day, it's time for people in South Carolina to -- to revisit that decision would be fine with me. But this is part of who we are. The flag represents to some people a Civil War, and that was the symbol of one side, to others it's a racist symbol. And it's been used by people, it's been used in a racist way.

But the problems we have in South Carolina and throughout the world are not because of a movie or symbols -- cuz what's in people's heart.

That's funny coming from the same guy who insists we cannot possibly beat ISIS unless we call those guys "radical Islamic terrorists," which is not symbolic, no sir, because name-calling our enemies is real and effective strategery! And besides, that flag is a part of our history, so what are we supposed to do -- not celebrate it?

You know, how do you go back and reconstruct America? What do we do in terms of our history? I think the answer is that we move forward in a balanced way, that we make sure that the compromise in South Carolina works here.

And what does Graham consider a balanced approach to recognizing the South's history?

It's not as if we'd expect any hint of racial awareness from the guy who promised to be a great president for rich white men. But, you know, as a joke, wink wink! Still, Graham isn't joking this time, we don't think. He simply has no idea how stupid he sounds, insisting that the state's "compromise" works just fine, as far as he's concerned. Which is a hell of a thing for him to say only days after a fellow South Carolinian whose license plates also celebrate the Confederate flag murdered nine African Americans, in their church, to start a race war. Not that Graham necessarily believes race had anything to do with that. Maybe it's one of those War on Christians things! (FYI, it isn't.)

But hey. Listen. The compromise is working, so stay out of it, rest of America. Everyone wins this way, with a flag for noble white Southerners like Graham who are just real proud of their "heritage," and a separate but equal African American memorial for the "others" who might consider the flag racist, but that's just because they haven't heard the good news that it isn't. Really.