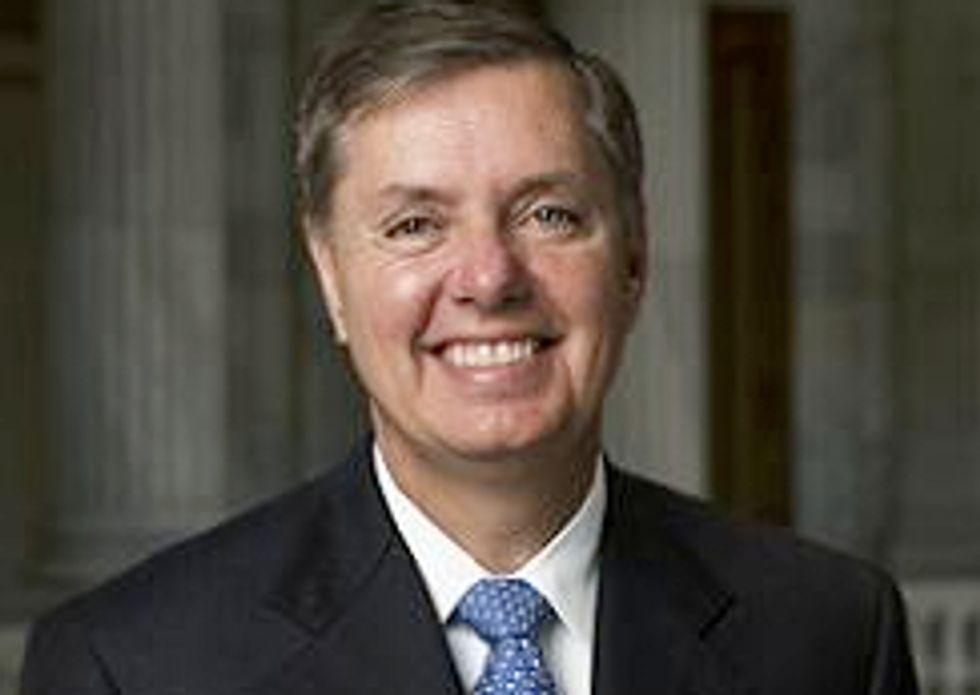 We have been so sexcited ever since South Carolina Sen. Lindsey Graham teased that he just might have to run for president in 2016 so all the rich white men who belong to men-only clubs will finally have their own president for the first time ever. And since Graham won re-election on Tuesday night -- narrowly beating “Petitioning candidate” Thomas Ravenel, Libertarian Victor Kocher, and the Democratic sacrificial lamb Brad Hutto with a mere 54.58 percent of the vote -- not to mention his universal popularity throughout the country, his road to the White House is all but assured. Plus, he is just so darned gracious in victory:

Well, whatever the unknown but totally justified reason Graham might have for seeking revenge, he is not going to do that because he is A Real Southern Gentleman. And clearly, America is so ready for Graham to be the next president of the United States of White Dudes.

Have we mentioned how sexcited we are for 2016 yet?