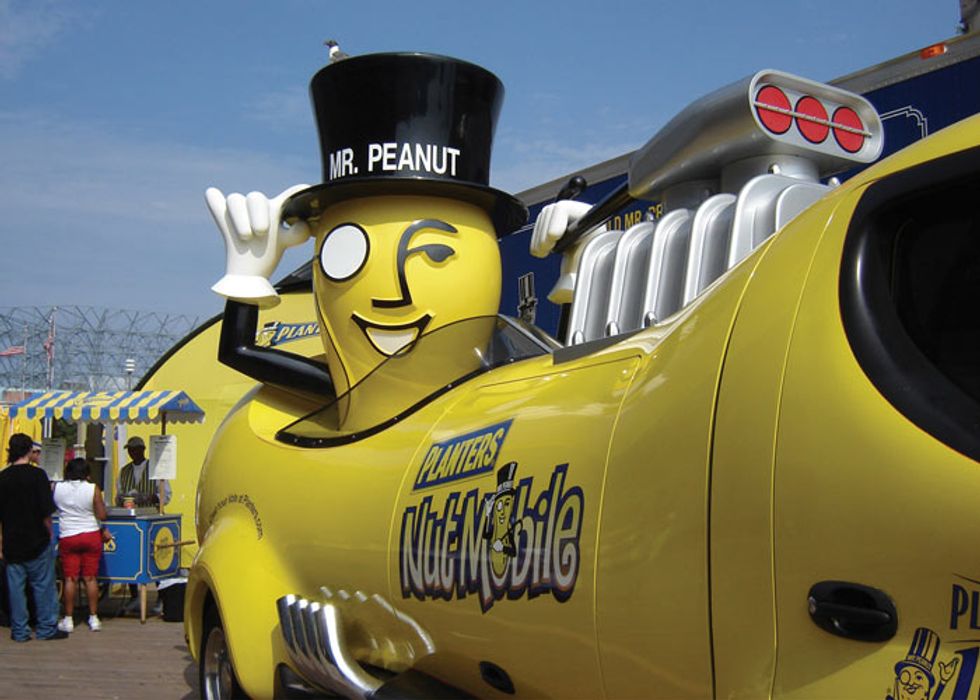 After last night's stirring RNC tribute to small business people who did not receive any help from the government except for government loans and grants and a taxpayer-funded stage to pimp their businesses, it is difficult to be more inspired than we already are. But here is a positive, hopeful story that will put a spring in your step and some salt on your nuts.

An attendee at the Republican National Convention in Tampa on Tuesday allegedly threw nuts at a black camerawoman working for CNN and said “This is how we feed animals” before being removed from the convention, a network official confirmed to TPM.

In a written statement, CNN addressed the matter but divulged few details: “CNN can confirm there was an incident directed at an employee inside the Tampa Bay Times Forum earlier this afternoon. CNN worked with convention officials to address this matter and will have no further comment.”

Some in the liberal media might get their hair up in a lather (or a dander, or a bother, or what the fuck ever) about this, seeking to impute the actions of a couple of likely DNC plants to the entire convention. Instead, let's look at how the rest of the convention behaved.

Did they throw snack products at black people? NO. The Democrat Party continually talks about what terrible racist savages Republicans are, yet 99.9% of the convention managed to avoid assaulting a lady just because she was black and maybe liberal.

This is the realization of Dr. Martin Luther King's dream. All black people should vote Republican, because you almost certainly won't get hit in the face repeatedly.