Lo Unto Wonkette A Child Is Born 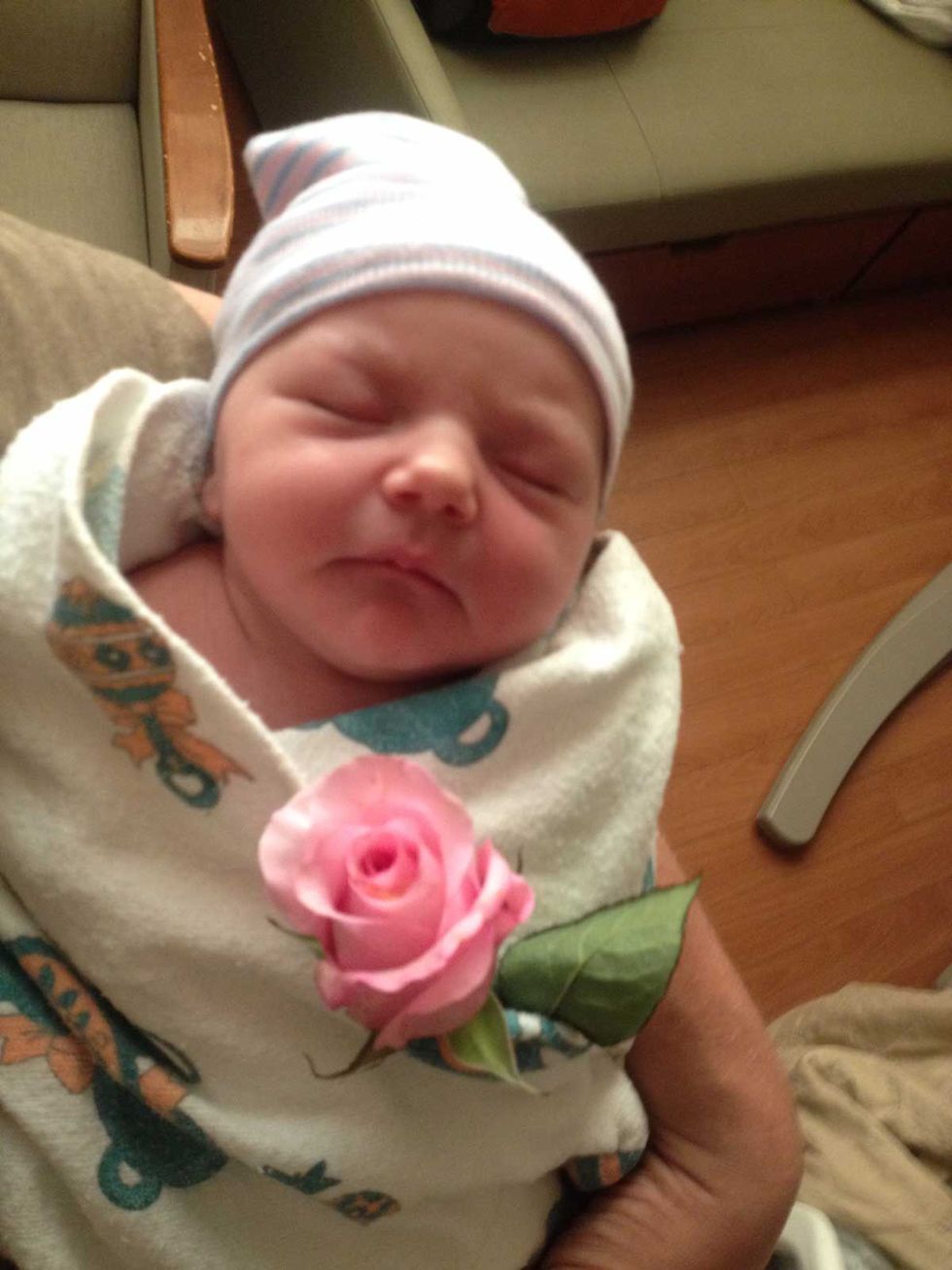 She came roaring into this world at 8:36 p.m. on June 11, weighing in at a ridiculous 8lb 7oz out of my tiny and adorable wife, your Editrix who must be obeyed. She (both of them) is healthy, hale, and beautiful beyond belief. She (the baby) is sleeping right now, in her mother's arms, and while they get some much deserved rest, let me tell you the story of the birth of Donna Rose.

We came to the hospital straight from the doctor's office, early in the evening on Wednesday, a hospital we had been sent home from three times before, for not being ready. Missoula, Montana, is a small-ish town, and there is only one hospital that delivers babies. Both of my sons were born here, long ago, a few hundred feet down the hall. Almost 20 years ago, one of them died here, just a few hundred feet further. This place and I, we have history. And here I was again, with my war bride, your beloved Editrix, about to have a daughter.

The story of Donna Rose properly begins outside of San Francisco, in a little bungalow lent to us by a friend while we were in town for the Wonkette Drinky Thing. I'll spare you the details, but suffice it to say that sex was had. By me, a commenter. With the Editrix. Multiple times. Many of you will be familiar with the tale of our whirlwind first date, that started in Big Sur, and ended in Montana, by way of the San Juan Islands, with a magical winter wonderland wedding. Now, nine months later (September, October, November ... shut up, it IS TOO nine months), babby had formed.

Everything started off well, good vitals for all, high spirits, and steady, if slow, progress. Labor is often a waiting game, and so we waited. Contractions grew in strength and frequency, stars began to align, and by mid-day on Thursday, we looked ready to start the final stretch. That is when our nurse came into the room, looked at the monitoring equipment, and made a funny face. You never like to see your nurse make a funny face. Something was wrong. Donna's heart rate was falling precipitously with every contraction. I am a big, rough guy. Editrix is, as I mentioned above, tiny and adorable. So of course I was instantly a wreck, and she was stronger than I could ever hope to be.

At 7:30 p.m., we readied for a C-section delivery. They wheeled Rebecca away to the operating room, and left me a stool to look at while I waged war with God in my head, and waited to be called into the room. There really is no describing the eternity that passes after they take away your wife and unborn daughter to prep for surgery. I should have known my wife better, I should have known my daughter better. They were fine, and would be fine, but in that silent hospital hallway, there was little comfort.

And so at 8:36 p.m., having been freshly pulled from the womb, Donna Rose took her first breath, and immediately announced to the world that all this commotion was not to her liking, and would we all just shut up and turn down those lights please, so a girl can get her bearings. Then she went on to own a few RWNJs on Twitter, as babies do. I got to meet her first, in those fleeting few moments when the ethereal and material planes co-mingle, before they returned her to her mother, to be there when she first opened her little eyes. I think Charles Dickens captured this moment perfectly: "It is no small thing, when they, who are so fresh from God, love us."

Mom is wonderful, recovering well, and she even stops tearing up now and again, but not when she is looking at the baby. Donna Rose is bright eyed, inquisitive, and eating/sleeping/pooping as she should be. As for your humble pixel, I have been even more humbled by the grace and wonder of the two most beautiful women in the world. To hijack a Vonnegut quote from Doktor Zoom, If this isn't nice, I don't know what is.