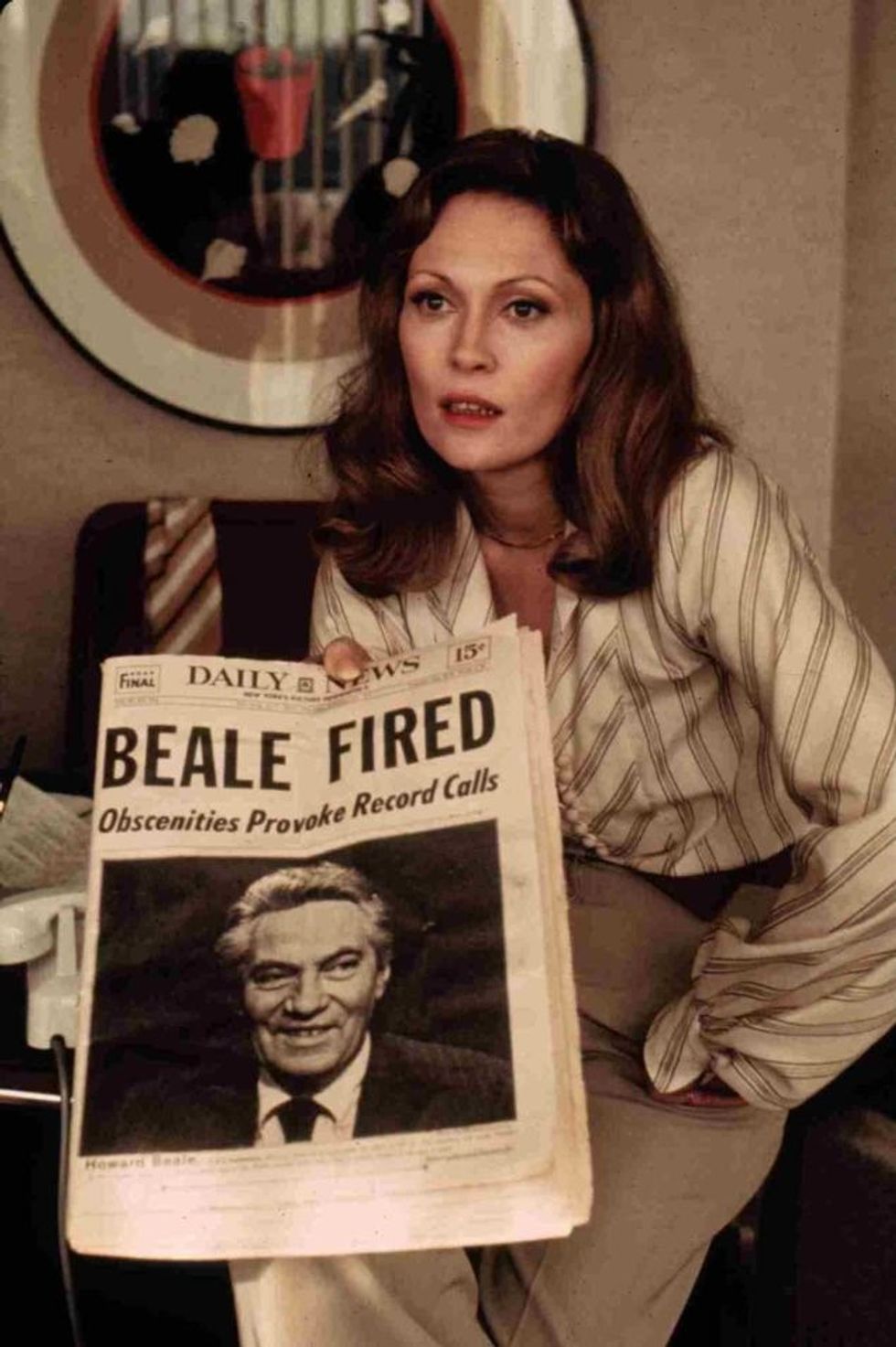 Last week, the media-hijinks website Gawker made a wee oopsy. It posted a story about some guy -- literally, just some guy -- attempting to step out on his wife with a gay porn star who then tried to blackmail our hero. (It was not, bizarrely enough, an expose of the blackmailer but of the blackmailee.) The Internet responded poorly to the outing of a private person on the word of an extortionist with mental health issues, and after so much outcry, Gawker's board of directors took the unprecedented step of removing the post from the web. It was long after the horse was out of the boxer briefs, but you do what you can. Now all the top editors are quitting their jobs at Gawker, and also losing their shit! It's about editorial independence! And the right to out closeted married guys!

After they outed the dude, and the board of directors removed the post, Gawker editors and writers pissed the Internet off even more by posting how U MAD they were about having the post removed. They were the real victims. Even as Gawker Media faces a YOOOGE lawsuit by Hulk Hogan that could be earth-destroying, and the outing post was opening the company up to a second suit by this new guy, editorial employees should have the right to determine what content lives and dies under the Gawker Media banner. Many Gawker employees commented that they thought the post was shit, but, fuck, that was for them to decide, not their bosses.

Those employees are incorrect.

Let me sexplain to Gawker editor Max Read (whom I like) and executive editor for all of Gawker Media Tommy Craggs (whom I don't know from Saddam but who edited and approved the awesome journalism in question) a few things about ethics in journamalism independence, with which I've got some experience. (I'm not the first person to quit a journalism job for the sacred principle of telling the publishers to go fuck themselves, fuck themselves right in the eye, though I don't know many other people who've done it twice. Which is probably why, eventually, I had to buy my own job.)

See, it wasn't "the business side" dictating to editorial, no matter how huffily you say so in your VERY too long and super whiny (not Read's so much as Craggs's) resignation letters. The guy in charge of getting Best Buy to purchase native ads didn't go into your Kinja and yank the marvelous muckraking journalism about how a media company CFO was trying to get his dick wet with poo. It was Gawker Media's board of directors who deleted that post, including, rather relevantly, its founder and owner (who, yes, actually gets to determine what is published on the thing he owns, especially if it is GOING TO BANKRUPT HIM TO LEAVE IT THERE BECAUSE YOU ARE A FUCKING YUTZ).

All those times you laughed at BuzzFeed for taking down posts because they hurt advertisers' feelings, because advertisers suck? This isn't that. The married closet case guy wasn't an advertiser who wanted special favors; he was a private citizen whom you skullfucked, and nobody but you really understands why. The board of directors didn't memory-hole the post. The URL is intact, with an explanation about why the story is gone. That's about the best you can hope for in a situation like this. When Wonkette wrote that dumb fucking thing about Trig Palin (BEFORE MY TIME, TWITTER ASSHOLES), Ken Layne -- who owned this bitch before he sold it to me for $47 and a sandwich -- also didn't want to remove it, in the spirit of transparency and the freewheeling web. He ended up taking the post down even though he didn't want to, because not everything that's typed into Wordpress deserves to be read, and not every shitty little thing we write is worth a FIRST AMENDMENT FREAKOUT!!11!ELEVEN! And that story wasn't even actionable. Yours is. (Of course, if it weren't for sustained boycotts and advertiser blacklists over that dumb fucking Trig Palin post -- TO THIS DAY! -- I probably wouldn't have been able to buy Wonkette for $47 and a sandwich. So if you are trying to break Gawker so you can swoop in and vulture up the remains, yeah, keep doing you.)

In addition to facing, according to your owner Nick Denton, possible million dollar losses in advertising -- which you would possibly care about once there were a million dollars' worth of layoffs -- your story put a fucking fat target on your company for people who would like to sue it into oblivion. Couple the itchy-trigger-finger lawsuit folks with the stupid, relentless people who suck and who have nothing better to do in life than ring up advertisers and tell them you love to make fun of retarded babies, or out private citizens like you're fucking Roy Cohn, and guess what then? Sorry if I sound like a capitalist -- or, worse, a boss! -- but you sound like whiny-ass millennial titty babies. The only thing missing is your mom complaining to the board on your behalf.

In your bright shining world, you seem to think that once you decide to post something -- no matter how indecent and objectionable and actionable and crap -- there is nothing the owner can do about that because you, the employees, have made up your minds. I think you don't understand how "bosses" work. Or lawsuits. Or decency really. And when Wonkette is telling you that, sons, you done fucked up. Now, I'd understand if you'd quit your jobs because your boss, Nick Denton, said this:

That post wasn’t what Gawker should stand for, and it is symptomatic of a site that has been out of control of editorial management. Our flagship site carries the same name as the company, and the reputation of the entire company rests on its work. When Gawker itself is seen as sneering and callous, it affects all of us.

From recent research, it is clear that the Gawker brand, for both flagship website and the company, is both confusing and damaging. A friend of the sites attests:

Yeah, when your boss calls you "damaging," and wants to "escape" you, you can probably quit. But it looks like he sent that after.

I'm not responding to anything else in your resignation letters, out of kindness. The sooner you can memory-hole those high-dudgeon, self-righteous, caterwauls of cat shit -- I'm talking to you, Craggs; Read, you're mostly fine -- the better off you'll be. Well, okay, just this one:

All I got at the end of the day was a workshopped email from Denton, asking me to stay on and help him unfuck the very thing he’d colluded with the partners to fuck up.