Looks Like Robert Mueller Has A New Little Buddy, And It Is Rick Gates! 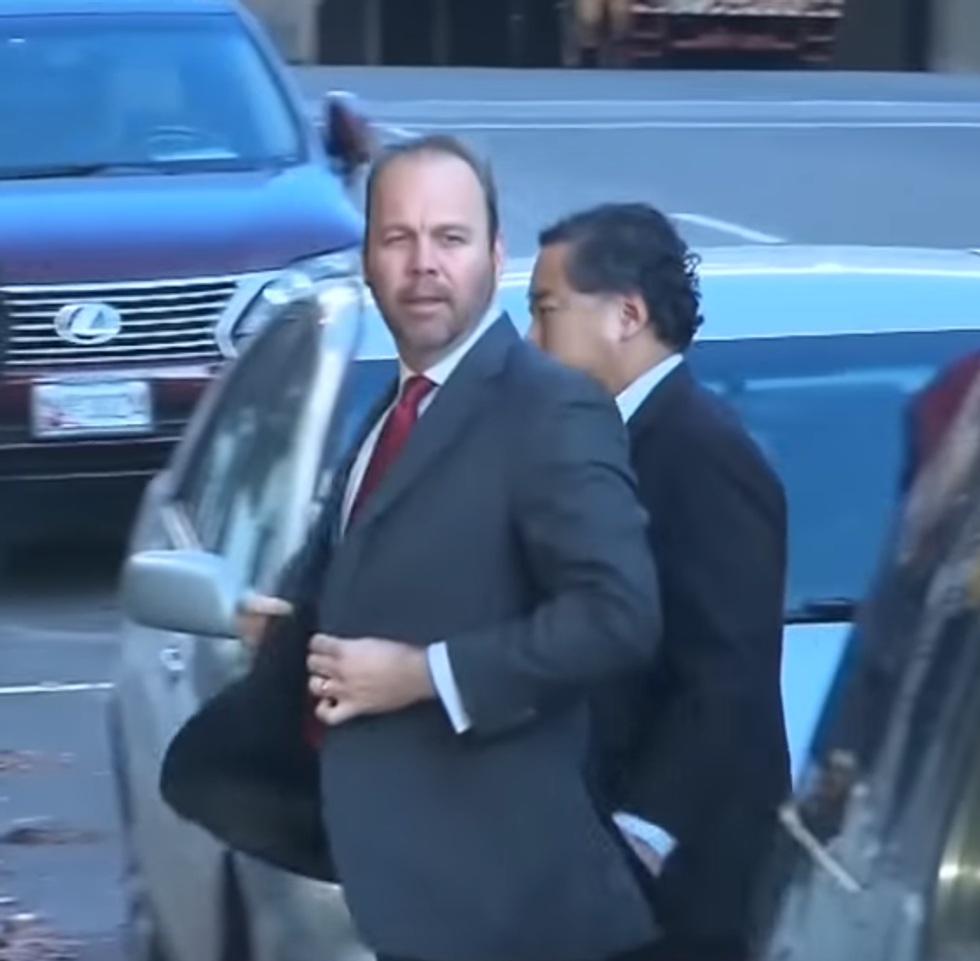 That is Rick Gates!

Golly, it seems like it's been a minute since we've talked about the Robert Mueller investigation. That is because Robert Mueller is QUIET LIKE CAT AFTER MIDNIGHT! But that doesn't mean stuff hasn't been happening, because it totally has. For instance, we might be about to have another Mueller Monday, except this time there won't be a perp walk, because one of those original perps, Paul Manafort's trusty sidekick Rick Gates who was co-indicted with Manafort for ALL THE FOREIGN AGENT MONEY LAUNDERING, doesn't sound so trusty no more! Indeed, he appears to be really close to doing a plea deal, flipping, becoming a cooperating witness, and getting out of jail as closely to "for free" as possible.

CNN has the goods:

Former Trump campaign adviser Rick Gates is finalizing a plea deal with special counsel Robert Mueller's office, indicating he's poised to cooperate in the investigation, according to sources familiar with the case.

Gates has already spoken to Mueller's team about his case and has been in plea negotiations for about a month. He's had what criminal lawyers call a "Queen for a Day" interview, in which a defendant answers any questions from the prosecutors' team, including about his own case and other potential criminal activity he witnessed.

Well that's just FUN! It's not that Rick Gates REALLY wanted to do this, but, well, WHOMP WHOMP sad trombone:

Gates has told associates he had hoped for outside assistance from a legal defense fund, but deep-pocketed GOP donors have shown little interest in helping either Gates or Manafort cover their legal fees, two sources said.

We sort of knew this was coming, as all the omens had portended it. Specifically, all of Gates's previous (bad) lawyers had up and quit, and he recently hired one brand new (good famous DC) lawyer, Tom Green, a guy whose specialty is negotiating plea deals.

And oh what a plea deal we imagine it might be! To be clear, the "Queen for a Day" interview happens before there's an actual offer on the table. It's where they show 'em what they got, and in this case, we assume this means Gates told Mueller's folks everything he knows about crimes committed during the Trump campaign, the Trump transition, Paul Manafort's money laundering, their mutual work for Russian/Ukrainian oligarchs, anything Gates might know about Russian hackers or Russian conspiracies, why the Trump campaign suddenly changed the Republican platform on Ukraine and gave Vladimir Putin a sponge bath in the process ... you know, just STUFF. Gates has been around for all of it.

We bet it was a VERY LONG Queen for a Day interview.

I Can't Believe I Used To Think Paul Manafort Was The Boring One, HOLY JESUS SHIT!

According to CNN, the White House is very long hair don't care about Gates flipping, because according to an anonymous official, that boy ain't know shit. Of course, one of the lessons Richard Nixon learned the hard way during Watergate is that it's a bad idea to assume you know how much people know about your crimes.

For Gates, seems like on top of how he ain't got the money to pay for a real legal defense, the timing might be just right for him to sing like a canary:

... [I]nvestigators with the special counsel's office are preparing to file new charges against him, according to people familiar with the probe. The additional charges are tax-related, these people say, which could increase the fines and prison time Gates faces in court. More charges are also being prepared against Manafort related to his work before he joined the Trump campaign, according to another source familiar with the case.

UH OH! Better say your secrets, Rick Gates! Don't go down with these fuckers, they wouldn't do it for you!

LOL, Rick Gates knew that, because of how none of them would pay his legal bills.

So under the bus he goes, directly into the loving arms of Robert Mueller!