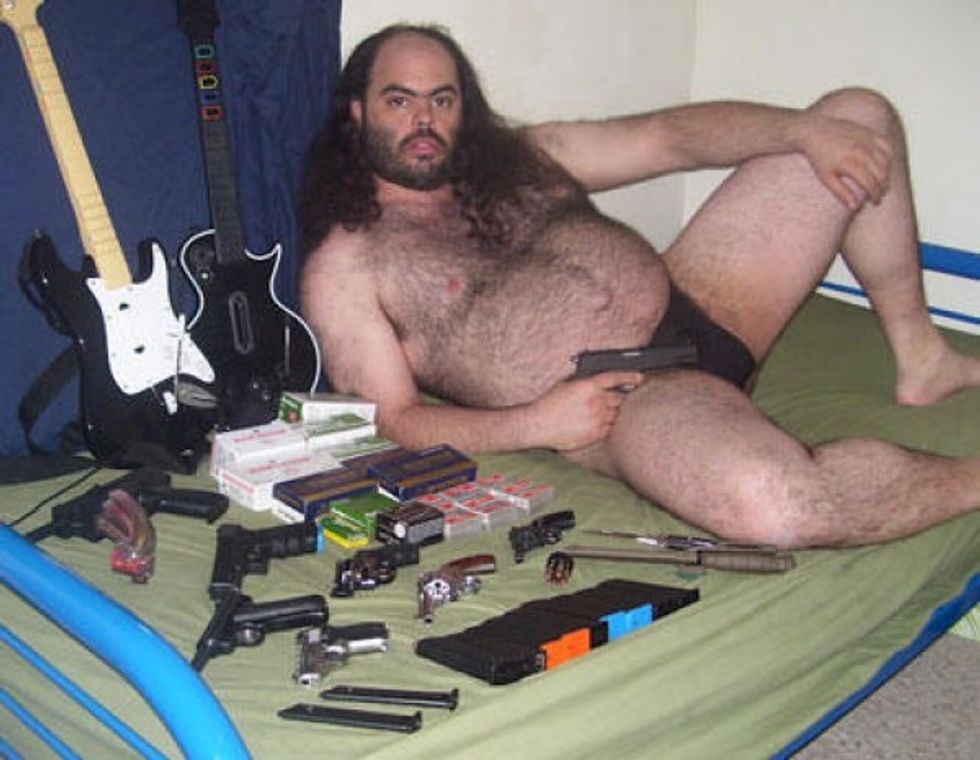 Are you ready for WONKET SCIENCE KORNER? Of course you are, because we are liberals and we love science! Let's look at the Washington Post to find out what Studies Show today, oh look, Studies Show that if you are a man who is mean to ladies on the Internet, then you are a limp-dicked uneducated LOOOOOOSER lame-ass unwashed mass on the buttocks of America, and you would be sad about that if you weren't so stupid:

That bit of validation comes courtesy Michael Kasumovic and Jeffrey Kuznekoff, researchers at the University of New South Wales and Miami University, respectively. For their latest study, published in the journal PLOS One last week, the duo watched how men treated women during 163 plays of the video game Halo 3.

As they watched the games play out and tracked the comments that players made to each other, the researchers observed that — no matter their skill level, or how the game went — men tended to be pretty cordial to each other. Male players who were good at the game also tended to pay compliments to other male and female players.

Some male players, however — the ones who were less-skilled at the game, and performing worse relative their peers — made frequent, nasty comments to the female gamers. In other words, sexist dudes are literally losers.

Haha, because they are getting beaten by girls! And also, they suck at life and probably live in their parents' basements wearing underpants with their initials written on the labels, and they have never done sex to a lady or a gentleman, though they're fairly certain they'd be real good at it.

Hate to burst the giant fart cloud that constantly follows these dorks wherever they go, but those nice, confident guys, the ones who are good at video games and good at life and therefore don't feel the need to be mean to ladies? They probably do sex to ladies right after they play Halo 3, because they can.

This could possibly explain, also, too, why lady bloggy journalists such as our Kaili and our Editrix Rebecca have to deal with SO MUCH MORE SHIT from boy wingnuts than known penis-havers like Doktor Zoom and I do, even though all four of us make fun of stupid, gross, undersexed, lady-hating assholes in equal measure.

Like that one guy who always harasses yr Wonkette, remember him? The one who alternately goes by "AK47Guy" or "AK47World" or "Dan The A-K Man King," who thought he was being SO FUNNY when he said that he wanted to give Editrix a "tip," and by "tip" he meant his penis, because that was a funny joke to him? His exact quote was this:

DO YOU GET IT? Because it is a pun, because "tip" could refer to a "news tip" or the "tip" of AK47Guy's Wee Willie Wang. You don't get it, you're not smart enough.

Anyway, he had a website, but he seems to have lost it AWWWW, so now he has a new hobby, which is subscribing to the Wonkette newsletter, written by yours truly (which you should subscribe to as well!), and responding as much as his mom will allow, sometimes addressed to Rebecca, even though the newsletter is, again, sexily scribed by Yrs Truly. Like here's one, about the Charleston shootings:

You STUPID Fucktard, the only thing that will save people in a Church or other Dumbocrap #GunFreeZone is a responsible person with a gun to shoot the Scumbag, you idiot !!!

You will see that the word "Dumbocrap" is his signature, and we think you'll agree that it is the BEST WORD EVER. We're sure it's supposed to be some #sickburn, like in wingnut comment sections, when they call the president "Nobummer," but no, "Dumbocrap" is funnier. Oh look here's another one, about that hilarious fail of an Oklahoma Confederate flag protest:

Hey you Dumbocrap moron,
That Okie Confederate flag Obama greeting was organized by a #Negro = duuuuhhh !!!

Duuuuhhh !!! Of course he would have known that was in the original Dumbocrap story, and that we made fun of that particular Confederate-loving "#Negro" at the time, but he didn't read it because he was off losing a video game to a Dumbocrap lady, probably.

His most recent email entertained the F-U-K out of us in the Wonkette Secret ChatCave, due to the fact that he not only used his signature "Dumbocrap" flourish, but also named Rebecca a new name, which we think you'll agree is A+. It came in response to the piece she wrote Wonk-splaining How Does Journalism Work, to Gawker:

'Rebecca the Donkette', thinks she can explain Journalism ???

To who, retarded Dumbocraps ???

TAKE THAT, 'REBECCA THE DONKETTE.'

Anyway, we just posted all these emails because we felt like they related to the subject matter of the piece, that's all.