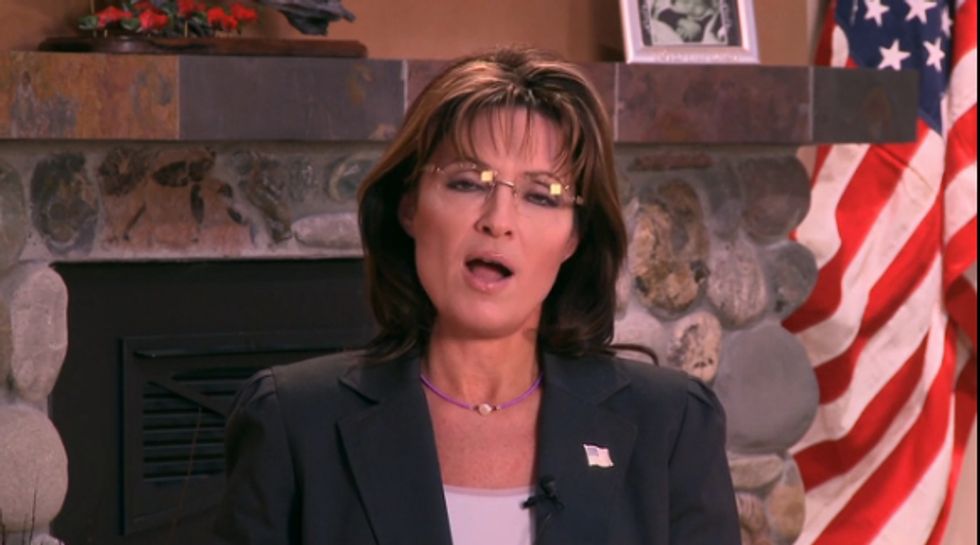 One of the "friends" on thedearly departed "Lou Sarah" Facebook account, Kermit Ketchum, is mentioned multiple times in former Palin advisor Frank Bailey's leaked book. Who is Kermit Ketchum? According to Bailey, he's an elderly man and longtime friend of the family. Bailey's manuscript describes Ketchum as the one who saw a (presumably doctored) pornographic photo of Palin sent by email to the campaign. Later, Ketchum allegedly repeats gossip from Sarah's mother saying that Sarah had Lasik surgery and just wears glasses for show. They're not a prescription -- they're there to make her look smart.

In late 2007, according to Bailey, Ketchum approached Palin to ask her why she wears the glasses. He came back chastised.

While the question of Palin's enhanced breasts remains open, it seems that her eyes have definitely been improved by surgeons.

But it's a good thing she still wears eyeglasses, even if they're fake. If we didn't see her wearing those, some of us might think she's not very intelligent. Can you imagine?!

We can now officially categorize Palin as a Williamsburg hipster.