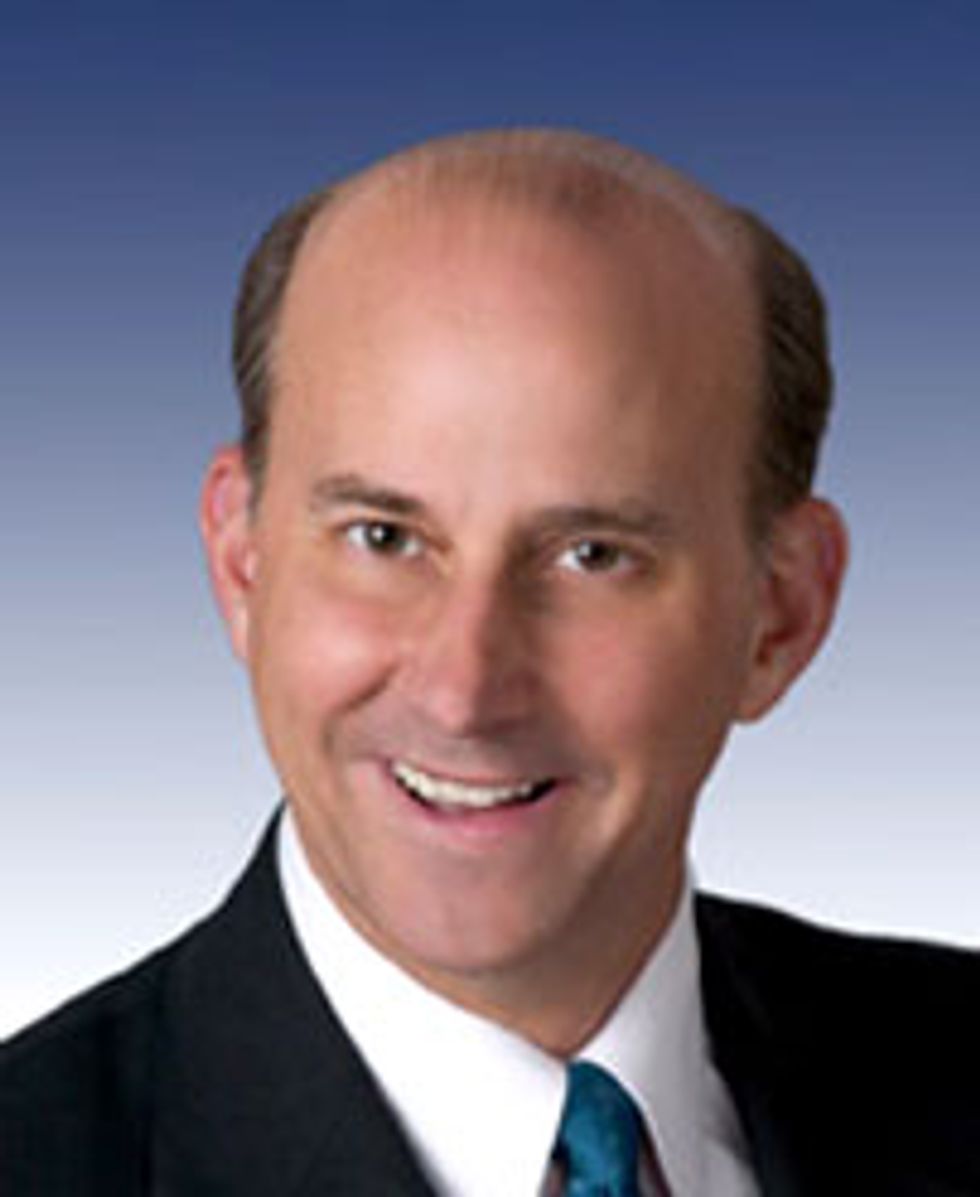 Rep. Louie Gohmert (R-Texas) isn't sure whether he'll support a debt limit deal, but he is sure of one thing: a debt default would be President Barack Obama's fault. [...]

When asked whether he would allow the government to default on its debt, Gohmert projected the responsibility for such circumstances onto Obama.

"No," he said, "that would be an impeachable offense by the president."

Let's get all academic with our bad selves for a moment and unpack that GEENYUS plan like a freshman reading Michel Foucault.

Sure, that might work. After all, Republicans certainly have the support of the majority of Americans -- if you unskew all the recent polling data that shows Americans blame Republicans for everything and would like them to just give it up already for fuck's sake, and also, Congress sucks worse than dog poop.