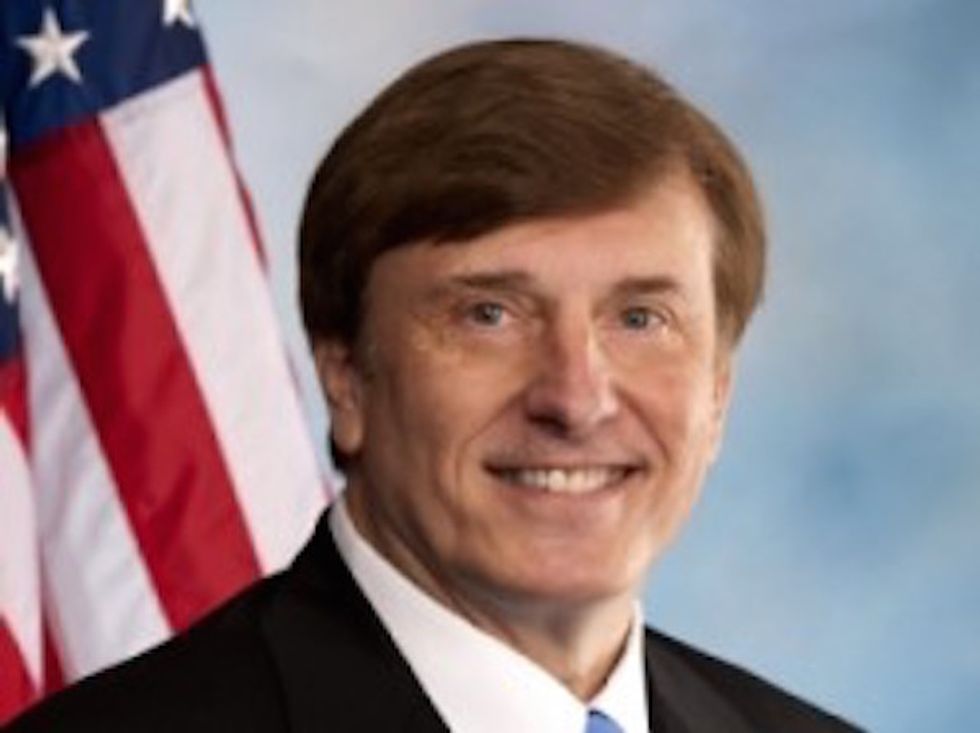 Louisiana Republican Rep. John C. Fleming MD has some words of warning about the dangers of The Marijuana, for those of you who want your medical information from a guy who gets his information from The Onion:

“Marijuana is a gateway drug, we have proven that scientifically,” Fleming said. “To think that today’s meth user was not yesterday’s marijuana user is actually just a flight of fantasy.”

Hey, you know what else has been scientifically proven? That marijuana is not a gateway drug, which is the opposite of what Dr. Fleming just facted at us. At least, that's what all the new cool studies are telling us, as more and more states legalize marijuana for recreational use and/or "cataracts," and we have not all of us turned into methheads just yet:

Researchers found medical marijuana legalization led adults 21 and older to use more marijuana, but the increase did not lead people to try harder drugs.

That's OK, Rep. Doctor Fleming. Understanding science things can be awful hard. That's why it was so tricky for you to figure out that no, Planned Parenthood was not spending $8 billion to build an abortionplex, complete with "coffee shops, bars, dozens of restaurants and retail outlets, a three-story nightclub, and a 10-screen multiplex theater." [contextly_sidebar id="tRdfqx6xRB24MthDH33pEM9RqoIdtTKt"]

Just because Fleming is incapable of telling fact from fiction does not mean he is incapable of having opinions -- medical opinions, you know -- about the dangers of marijuana. It's science!

“Pretty soon you’ll see someone stopped on the street corner who is smoking and the policeman says, ‘I’m going to have to fine you or arrest you for smoking a cigarette,’ and they go, ‘no that’s marijuana,’ ‘oh that’s ok, it’s just marijuana.’ That’s really the direction we’re heading in.”

That is a scientific FACT, people. And if you think a future in which cops arrest people for smoking cigarettes but not weed is bad, well, it will only get worse because if states legalize marijuana:

When society has to pick up the pieces and take care of you and your health and your family and support you through a very, very thick safety net system because you are now addicted or you have poor health and you can’t support yourself, then all you’re going to do is see a system, a society, if you will, that becomes more and more disabled and more and more supported by the government.

Do you get it now? You smoke the marijuana, and next thing you know, you are disabled and a drain on society and the government and your family, you selfish junkie bastard. And then you will never be able to do anything productive with your life, like complain about how hard it is to live on a mere $6.3 million a year after President Obama steals all of that away from you with taxes. [contextly_sidebar id="jYa9DlHfj6dnJtXEQwlo5hNkp9aus918"]

Marijuana is that bad, people. And if we don't allow Big Government to keep it illegal -- which is the one thing evil Big Government is good for, besides regulatin' lady parts, obvs -- it's only going to get even more worser. Because, says the doctor, drugs will "inevitably ... make their way into the homes and, when they do, children are going to be using them as well."

That is why Congress must act NOW to keep marijuana illegal, even though Congress has not de-illegalized it, before our precious children are so disabled from drugs they can't even walk into any ol' abortionplex head shop without help from the government. That's just science.