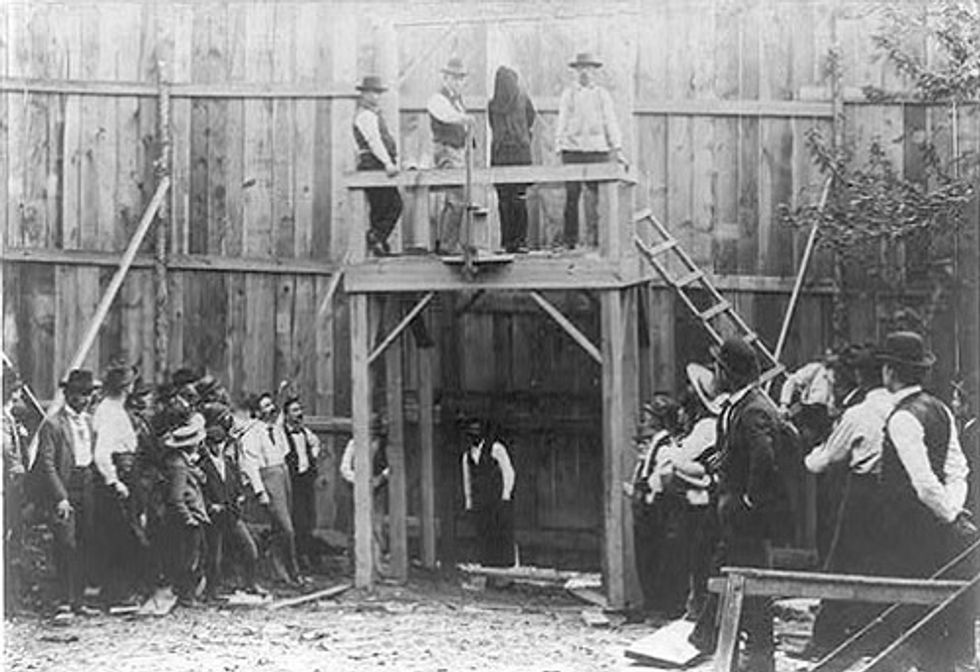 You will recall that we are running out of ways to say executions are botched, both because right now there is a rash of botched executions and also because all executions are botched. And let's face it - it isn't easy to make with the funny about the state killing people, even for us. So that's why we're just over here in the corner stone cold guzzling bleach over this story about how the Louisiana Department of Corrections really wanted to kill Christopher Sepulvado, but they did not actually have the right drugs that they'd previously approved with which to kill people, so they just lied to a hospital about why they needed them, and voila! problem solved!

A Louisiana hospital unknowingly provided the state’s department of corrections with a drug used for lethal injections, it was revealed this week.

The Louisiana department of corrections purchased 20 vials of hydromorphone from Lake Charles Memorial hospital a week before the scheduled execution of Christopher Sepulvado, but did not inform the hospital of its intended use for the drug.

What the fuck do we even say about that? We live in a country where the prohibition against cruel and unusual punishment is such a meaningless trope that prisons can engage in the nastiest of deceptions and shell games to get someone killed dead, mostly because everyone else, particularly people in the medical profession, have decided they don't want to be a part of the whole killing people thing, which is unsurprisingly true here, as the hospital said they would never have provided the drugs had they known what they were to be used for, probably because HOSPITALS ARE NOT IN THE BUSINESS OF KILLING PEOPLE.

And lest you think that this bit of lying was a little blip on Louisiana's radar and they are otherwise completely straight up honest about how they acquire the death drugs, you should really stop thinking that.

At one point, the Louisiana Department of Corrections considered ordering pentobarbital from an Oklahoma compounding pharmacy — which would have been illegal because the pharmacy wasn’t licensed in Louisiana. [...]

A few days later — five days before the execution — Department of Corrections spokeswoman Pam Laborde said the agency had the two drugs it needed to kill Sepulvado.

The department wouldn’t say where they came from. A federal judge ordered it to reveal the supplier to Sepulvado’s lawyers, but the department requested the information remain under seal.

Damn straight. Don't let that cool-ass trade secret of HOW YOU KILL PEOPLE getting out and about, because then everyone will want to run a prison and murder people in really slow and painful ways, and then your Moment will be over. Wouldn't want that.