2012 GOP louisiana pt part of an ongoing series ron paul video why does democracy hate freedom so much? 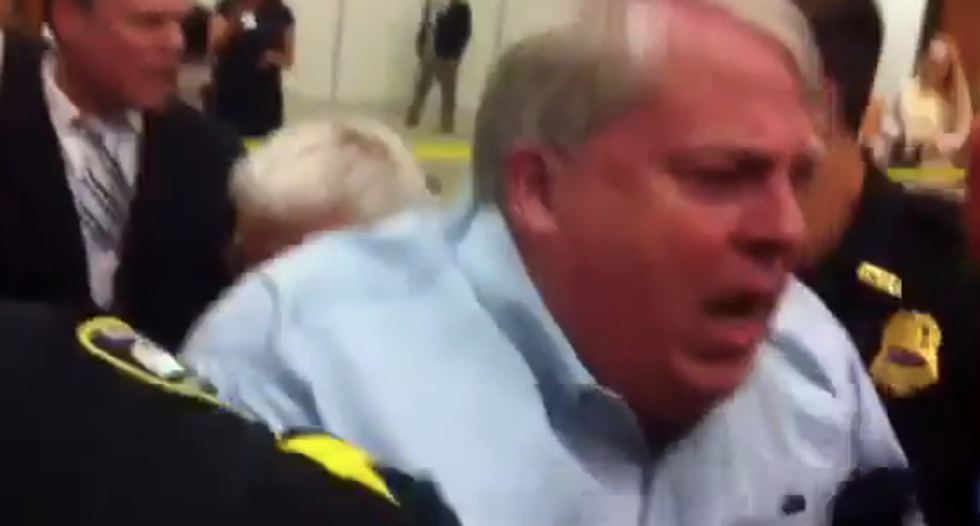 Hello and welcome to the latest episode of Extreme Delegate Apportionment brought to you by America's disgruntled old Paultard contingent. These political bloodsport fanatics spent the weekend screaming and flinging themselves about at the Louisiana GOP's state convention after party leaders sought to thwart the Paultards' hostile convention takeover and RNC delegate pilfering scheme. (This is their thing now, at many state conventions.) There were arrests! And dislocated hips! Watch the chaos, after the jump.

Here is the short version of what happened: Ron Paul supporters showed up in force to try to claim most of the contestable delegates at the convention despite their candidate's fourth place finish in the state's primary, the Louisiana GOP chairman told them to grow up, and they responded by seceding from the convention, turning their chairs around and starting their own club. Then this ReLOVEutionary got his fingers broke, or something, as he was being arrested:

But wait, it's still raining angry Paultards! Here is Round Two, starring some other guy screaming about his hip being dislocated as he too was arrested. This is his own personal Battle of Thermopylae:

And now we will take a moment to appreciate how Ron Paul, alleged human incarnation of the Constitution, has lately abandoned the tyranny of democracy in favor of sending marauding bands of feverish supporters to steal delegates rightfully earned by candidates who managed to win actual elections, just as the Founding Fathers intended, The End. [Raw Story]