Louisiana Police Love Retro So Much, Decide to Bring Back Vintage Sodomy Laws 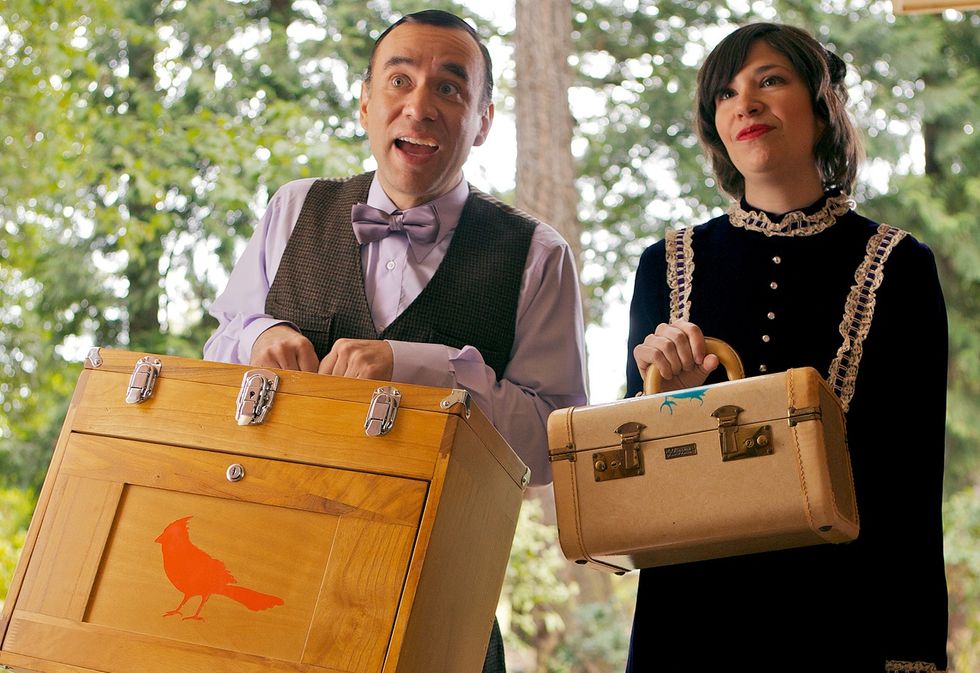 Baton Rouge police have shown themselves to be the ultimate in hipster law enforcement by arresting two men on charges of sodomy, a "crime" that hasn't been illegal for almost twelve years. Ooh, vintage!

For those of you who keep up on the current state of buttsex in America (and if you read this mommyblog, that is all of you), the Supreme Court struck down all anti-sodomy laws in the US back in 2003 with its decision in Lawrence v. Texas. Apparently that wasn't enough for Baton Rouge police, who would like to remind you that they're not part of your "system," and they can follow or not follow whatever laws they want. You can't box them in with your oppressive "labels" or "constitutionality."

The BR police arrested two men after catching them trespassing and having sex in a car in a public park after hours, which is an actual illegal thing for which you can actually get arrested. The problem came when officers decided to stick it to those particular individuals by slapping on the extra charge of "unnatural carnal copulation by a human being with another of the same sex." Thankfully a judge threw out the charge eventually, but it doesn't bode well for the BR police, in part because this isn't the first time they've pulled this stunt.

Back in 2013, your Wonkette reported on the Baton Rouge Sheriff's Office pulling a sting operation trying to catch men hooking up for sexy times with other men in the privacy of their own homes. This wasn't a one time thing either: this sting had been going on for two years before someone finally caught wise and spoiled all their fun. Apparently another judge had to remind these Johnny Laws that no matter how much it makes your tummy flutter thinking about those sweat-drenched nude men writhing naked on the bed together, doing all sorts of animalistic things to one another, that doesn't make it illegal. It makes it sinfully naughty, but not illegal. Thankfully the Sheriff's Office issued a nonpology apology, mansplaining to all you freaking nags that the sodomy law was still technically on the books so get off their dicks GAWD. Even a grade schooler would note that in any textbook the law would be crossed out like that 18th Amendment, but the police would like to remind you that shut up.

It shouldn't surprise us as much as it does that Louisiana can't put a stop to such naked institutional intimidation of gay citizens, seeing as its legislature couldn't get it together long enough to even strike the unenforceable sodomy law from its books, and that was just last year! At this point, if we wait long enough they'll find some old Jim Crow laws in a second-hand store and try to upcycle those.

Now before you start to worry about our intrepid heterosexual defenders down in Baton Rouge, their story does have a happy ending (heh):

After the more recent incident last week, Baton Rouge Police Chief Carl Dabadie sent a memo to his department reminding them not to arrest people under the unconstitutional crimes against nature law.

Damn, boys. You fucked up so big you got a mass email from Da Chief asking that you please stop doing things which are completely illegal. The last time your Wonkette sent out a company-wide email blast it was to remind your correspondents to quit leaving their lunches in the fridge because that is where we keep our booze, thank you very much. Obedience of the policy lasted about a week, which is about how long we expect before we hear back from these totally straight guys who just want to watch other guys have gay sex, for legal reasons we bet.