Louisiana Senate Kind Of Hates Real Science, But Pretty Much Fine With Voodoo 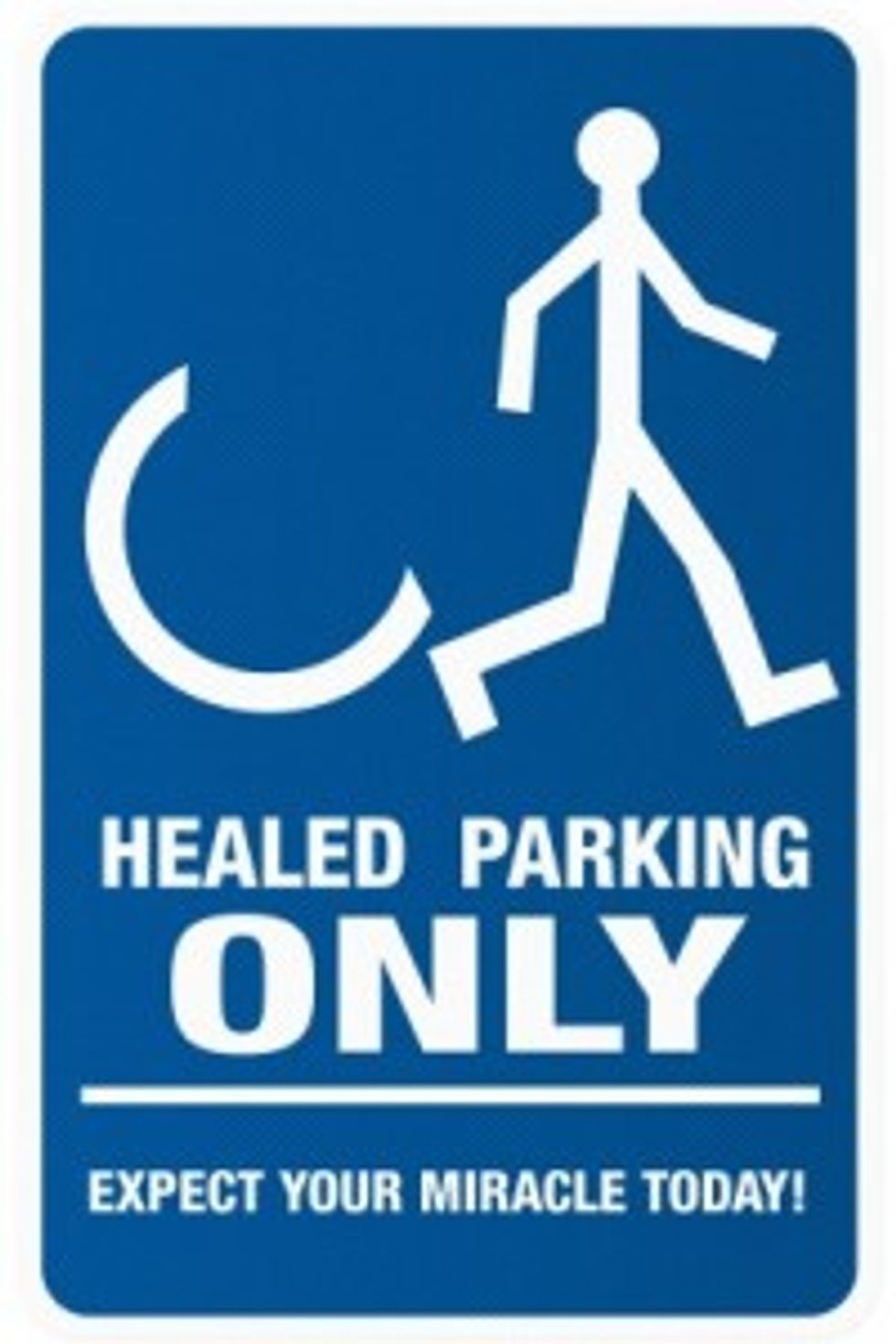 So, you may rememberZach Kopplin, the awesome 19 year old dude from Louisiana who's been trying to overturn his state's idiotic "Louisiana Science Education Act," that state's brilliant 2008 law that allows teachers to bring in "supplemental" materials when discussing science they don't like, such as climate change or evolution. Sorry to say it, but last week, Kopplin and his best ally in the state Senate, state Sen. Karen Carter Peterson, once again failed to overcome the Forces of Stupid when a committee killed, for the third time, a bill by Sen. Petersen to repeal the anti-science measure.

At least the debacle was not without its silver lining: One of the senators who voted to keep the law was Elbert Guillory (D-Opelousas),* who likes the idea of keeping an open mind about science, because what do we even know about reality anyway? The good senator earns the distinction of being the first Democrat to win nomination for Wonkette's coveted Legislative Shitmuffin of the Year Award, because he worried that requiring science to be taught in science classes might squelch progress in the important scientific disciplines of voodoo, faith-healing, and hocus-pocus.

The Times-Picayune reports that Sen. Guillory

"Yet if I closed my mind when I saw this man -- in the dust, throwing some bones on the ground, semi-clothed -- if I had closed him off and just said, 'That's not science. I'm not going to see this doctor,' I would have shut off a very good experience for myself," Guillory said.

Enterprising snake-oil retailers and inventors of perpetual motion machines are encouraged to contact Sen. Guillory at the Louisiana Statehouse; just be sure your presentation leaves him feeling good about himself.

For his part, Zach Kopplin correctly testified that

This is a creationism law," Kopplin said. "(And) it's the single biggest threat to the future of Louisiana's children," he added, quoting Orleans Parish School Board President Thomas Robichaux.

Still, there is cause for optimism -- starting with Robichaux's leadership last December in ensuring that, in Orleans Parish at least, schools will teach actual science even as the rest of the state goes down the Creationism tubes. Also encouraging: while the attempt to repeal the "Science Education Act" lost for the third strait year, at least the most recent effort was " the narrowest vote yet." So there's hope?

At the urging of Kid Zoom, we will close with the always-appropriate Tim Minchin, who would like to point out to Sen. Guillory certain drawbacks of an excessively open mind:

* Opelousas is a real place in Louisiana. We are unable to determine whether its residents are particularly adept at the confectionary arts or singing impromptu songs mocking badly-behaved children.