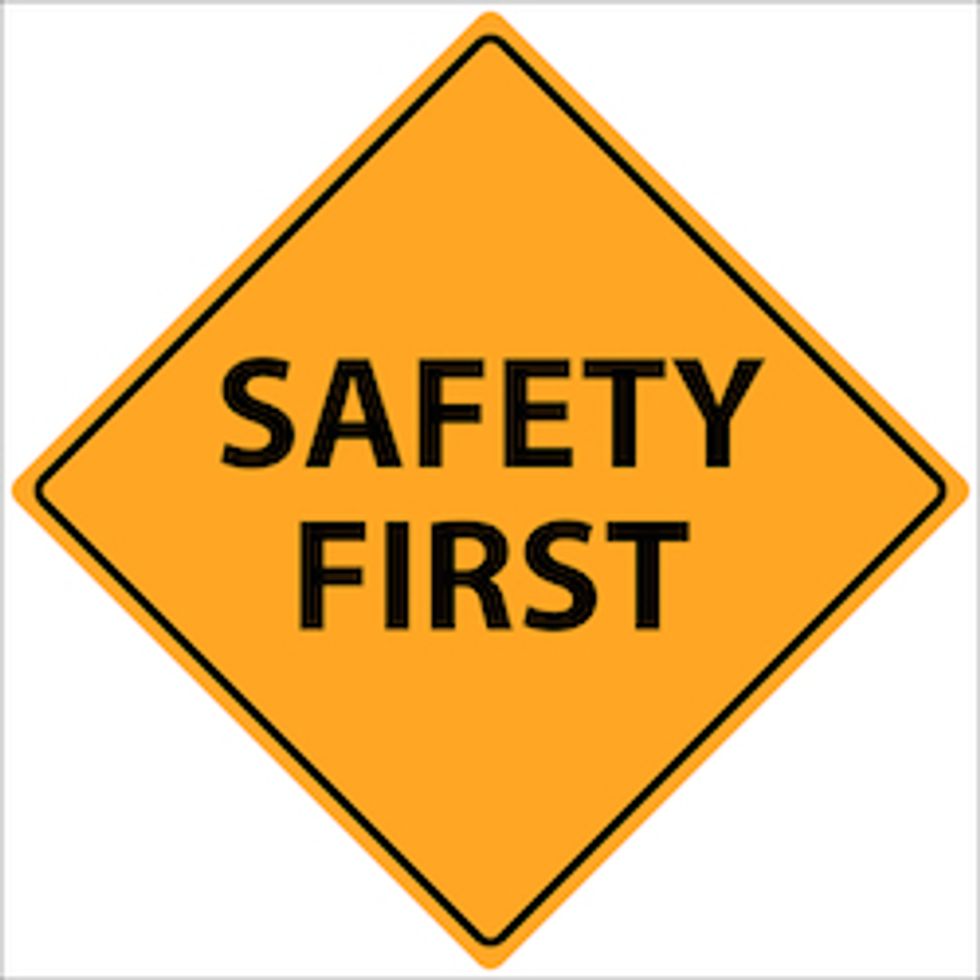 If it's a day that ends in "y," (and it is, we checked the Google), then it's a safe bet that someone somewhere is trying to shove their limited-government legislation right up your vagina to protect you from yourself. For "life" and "freedom" and "babies" and "safety" and "stuff." This is not news; in fact, this is the opposite of news, since it happens 25 hours a day, 53 weeks a year. But here's a neat new twist: This time thatsomeone somewhere is a Democrat.

[Louisiana] Democratic State Rep. Katrina Jackson’s bill, in addition to keeping a state database of people who have had medication abortions, would require physicians who perform the procedure to obtain hospital admitting privileges. Jackson has also proposed amending the statutory definition of the first trimester from “six to fourteen weeks” to “up to fourteen weeks.”

Well, gosh, Rep. Jackson, that's mighty Democrat of you, wanting to create a terrorist watch list of women who have a legal medical procedure. Why do we need a database? How does this keep women safe? Oh, it doesn't, but at least it might intimidate women who are considering an abortion but don't want their names to end up in a database. So there's that. And in case that doesn't make it hard enough for women to obtain an abortion, there's the idea of making it harder for doctors to be able to perform said medical procedure. Hey, how's that working out in Texas?

The sole remaining reproductive health clinic in Texas’ Rio Grande Valley, one of the poorest regions in the nation, closed its doors Thursday. Whole Woman’s Health in McAllen fought to stay open in the wake of the state’s sweeping new abortion restrictions, even continuing to provide counseling, referrals and other health services after its physicians were denied admitting privileges at local hospitals and legally barred from performing abortions, but is now laying off staff and looking to lease the building the clinic inhabited for a decade.

Naturally, Gov. Bobby Howdy Doody Jindal supports this bill because we know that ensuring abortions are safe for women is his first priority. It's all about safety, you know. In fact, it's so all about safety that he supports another bill too:

As KATC reports, Jindal also supports a measure introduced by Republican state Rep. Frank Hoffman that would ban people who work at clinics from making presentations at public or charter schools.

That's sure to keep the women safe. And it's oh so First Amendment-y, which is another first priority for Gov. Jindal, as we all know. That's why he defended Phil Robertson's First Amendment right to be on the tee vee, which is entirely different from allowing clinic workers to explain health care to kids. Don't argue with Gov. Jindal. He's very S-M-R-T. (Unlike some other presidents we know.)

It's not as if we're surprised that Jindal is behind the latest attempts to restrict abortion access. Like, duh. He's a Republican. But we are a tad dismayed that a Democratic woman would think that's a good idea. Perhaps she should consider moving to West Virginia, which recently distinguished itself as "the first Democrat-controlled state to pass a ban on abortions 20 weeks after conception, on the basis that fetuses can feel pain." So Democrat. Such science.