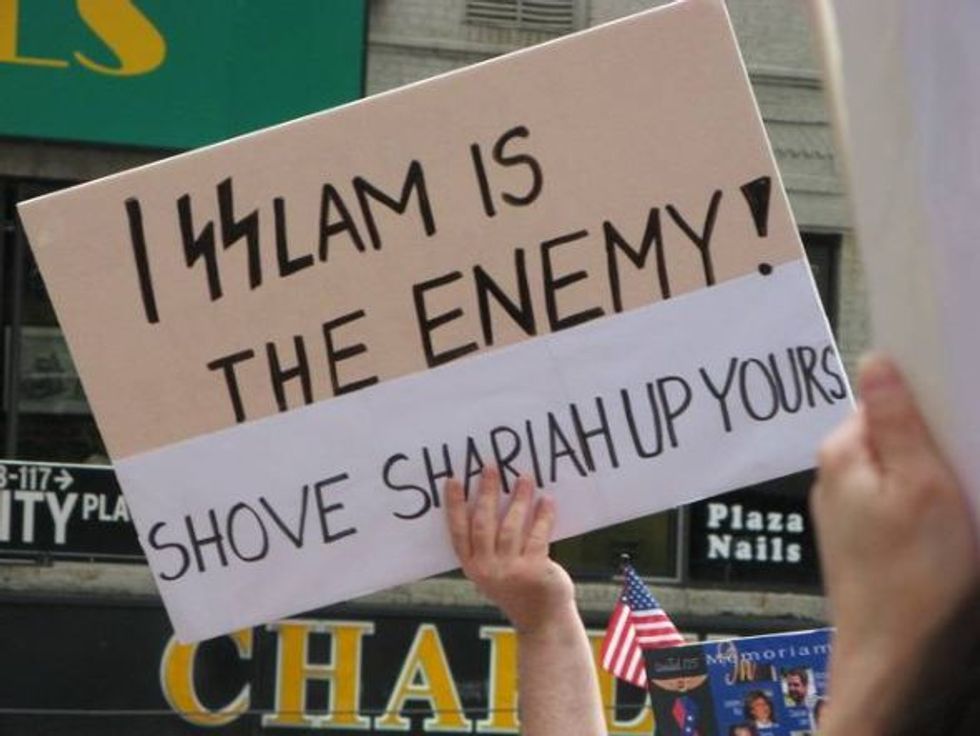 They're set to steer tens of millions of dollars into the new privatization program, which pays for vouchers that parents can use to send their children to religious schools. Gov. Bobby Jindal said the state was "changing the way we deliver education,” which is a lot like Domino's saying it's changing the way it delivers pizza by locking up the store and telling everyone to buy a Hot Pocket from the Vatican. In any case, Louisiana Republicans loved the plan. Until a group of folks showed up to ruin the whole thing: Muslims.

Yes, apparently when you shove through legislation that allows religious organizations to receive state funding, Christians aren't the only ones who want it — an Islamic school was one of 38 institutions approved for the voucher program, which is a huge problem for people who believe religion helps children so long as it is the religion of the swamp people they are representing. From the AP:

Rep. Kenneth Havard, R-Jackson, objected to including the Islamic School of Greater New Orleans in a list of schools approved by the education department to accept as many as 38 voucher students. Havard said he wouldn't support any spending plan that "will fund Islamic teaching."

"I won't go back home and explain to my people that I supported this," he said.

"It'll be the Church of Scientology next year," said Rep. Sam Jones, D-Franklin.

Carter, R-Baton Rouge, said the Islamic school withdrew its request to participate in the voucher program.

Yes! We've intimidated a state-certified school from teaching students because we're scared of brown people. The system works. And fuck Scientology, too! You don't think complex educational systems should be slapped together all willy-nilly while a room full of blender salesmen and guys named Sherman decide which religion is best? Then move over to the Florida panhandle, hippy! (Heads-up: The teachers there are allowed to hit you.) [AP]