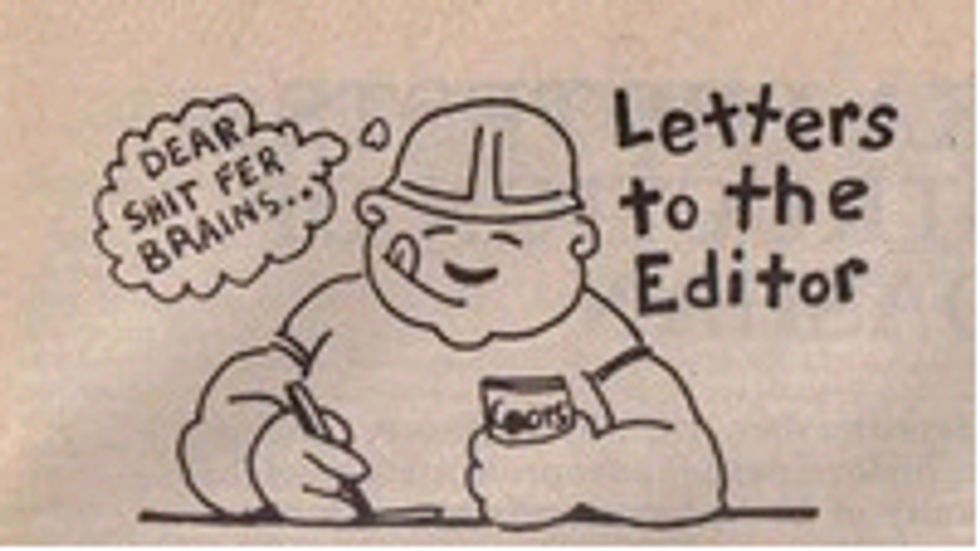 Tuesday, while your Wonkette was working to bring the world "important" hilarious news about thepathetic Sarah Palin "Lou Sarah" account, we also threw up an account of somebody visiting the Louisiana Capitol building and finding a statue of the state's first governor accompanied by a framed print-out of the governor's Wikipedia entry. Apparently this became an issue in that state that is best known for hurricanes hating it and for its current governor hating volcano safety, because we had a lot of Louisianans visiting this site to leave us angry comments. Now, after an investigation, the state House of Representatives says somebody broke into the thing next to the statue, pulled out the original biography, and stuck in the two Wikipedia pages. And some random Louisiana lobbyist is giving us a lecture about ethics because we didn't fly to Louisiana with our pal Encyclopedia Brown and investigate the matter ourselves.

You might want to research a story a little before you run with it. Apparently your only source was the mysterious "Lisa B."

Check out this article from today's Advocate.

Turns out, there used to be an authentic biographical sketch in that kiosk. However, someone broke into the kiosk, stole the sketch, and inserted the wikipedia page.

Also, I can personally attest that this was not done in 2009. I spend the majority of every afternoon in that rotunda while the legislature is in session (I'm a lobbyist). I've read those plaques at least a half-dozen times. The most recent was when I read it to a class of kids last year. That's spring 2010. And that wikipedia entry wasn't there.

Before you bash the capitol of a state, please verify your facts. When you are satirizing in The Onion, we all know that you made up the story. However, please don't pass this kind of stuff off as reality.

We apologize to this lobbyist for not being as ethical as he is. We are sure he works hard at his job making sure companies don't have to deal with government regulation when they set children on fire. (Or is he working for the hurricanes? Yeah, those hurricanes seem pretty successful. He's probably working for Big Hurricane when he stands around the Capitol hassling elected officials.)

Next time we copy-and-paste an amusing first-person account and photos e-mailed to us from a reader visiting Louisiana, we promise to go there and work hand-in-hand with the lobbyists of that state for four days to figure out why the things in that first-person account existed. Then and ONLY THEN will we post about it.

This lobbyist gentleman can now return to milling about this building all day, doing devious things with state legislators, and creepily reading things to children walking by as if he works there.

(We left his full name in there because he hated the relative anonymity of "Lisa B." You're welcome, sir!) [The Advocate]