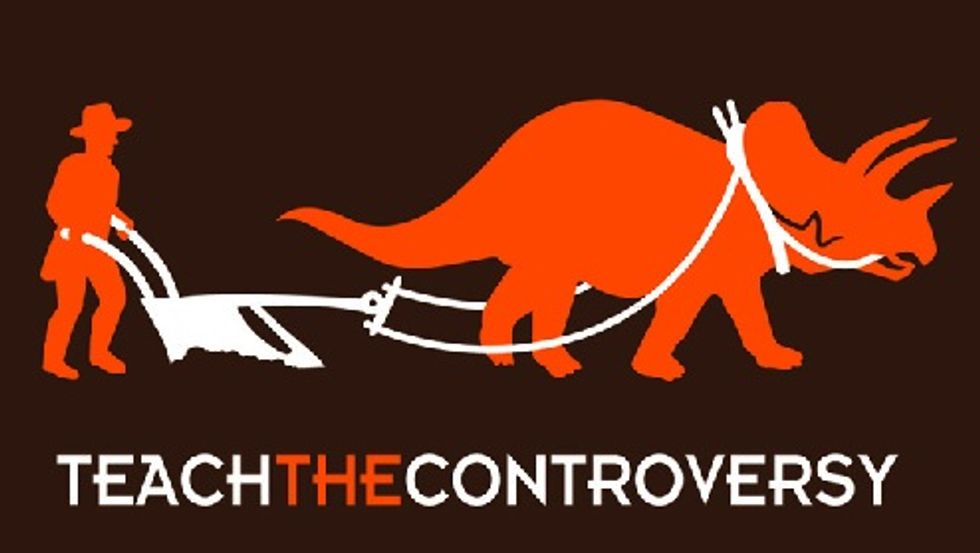 Direct from the land of "wait, what?" we bring you news of this year's commencement speaker at Montana Tech, Montana's mining and engineering college. This is not, of course, the kind of thing we'd usually cover, except for the part where the commencement speaker is a billionaire young earth creationist, which is sort of an odd fit maybe?

A major funder of “creation museums” has been selected — strange as it may seem — to be the commencement speaker at Montana’s leading institution of science, Montana Tech, the mining and engineering school in Butte that has produced some of the world’s top geologists.

The speaker is Greg Gianforte, a conservative billionaire whose philanthropic endeavors include funding museums whose purpose is to discredit Darwinism and persuade visitors that the Earth is 6,000 years old, that North America’s geology was carved by Noah’s flood, and that dinosaurs coexisted with early humans.

We were wondering how the school - which pretty much does nothing except train people in understanding the geology of the Earth, a knowledge that is usually directly in opposition to the 6000-year-old Earth nonsense -- had decided this dude would be a good choice. You will not be surprised to learn that he is a big donor to the school, which apparently buys you a commencement speaker slot, even if you are the person who bankrolled one of those "dinosaurs lived with humans" museums.

Gianforte's coin also too buys you an additional commencement spot for super-homophobic wife, because that is very very relevant to geology we think.

The [student and professor] objectors are not only upset about Gianforte, but also the inclusion of his wife, Susan, in the program. She was invited to co-deliver the commencement speech with her husband. Susan Gianforte is a vociferous opponent of laws designed to protect gay people from being targets of discrimination. She believes businesses should have the legal right to refuse service to gay customers, and she has been leading the charge against an anti-discrimination ordinance that is now being debated by the city council of Bozeman, where the Gianfortes live.

They seem like a nice couple, don't they? Probably super fun at dinner parties, and no doubt even more fun as commencement speakers. Sorry, Montana Tech class of 2014. You will likely not have fond memories of your graduation, unless you just do a walkout and go get drunk instead. Lord knows that's what we would do.