Lyingest Liar Obama Said 'Terror' Not 'Terrorism' So He Is A Liar And Also IMPEACH! 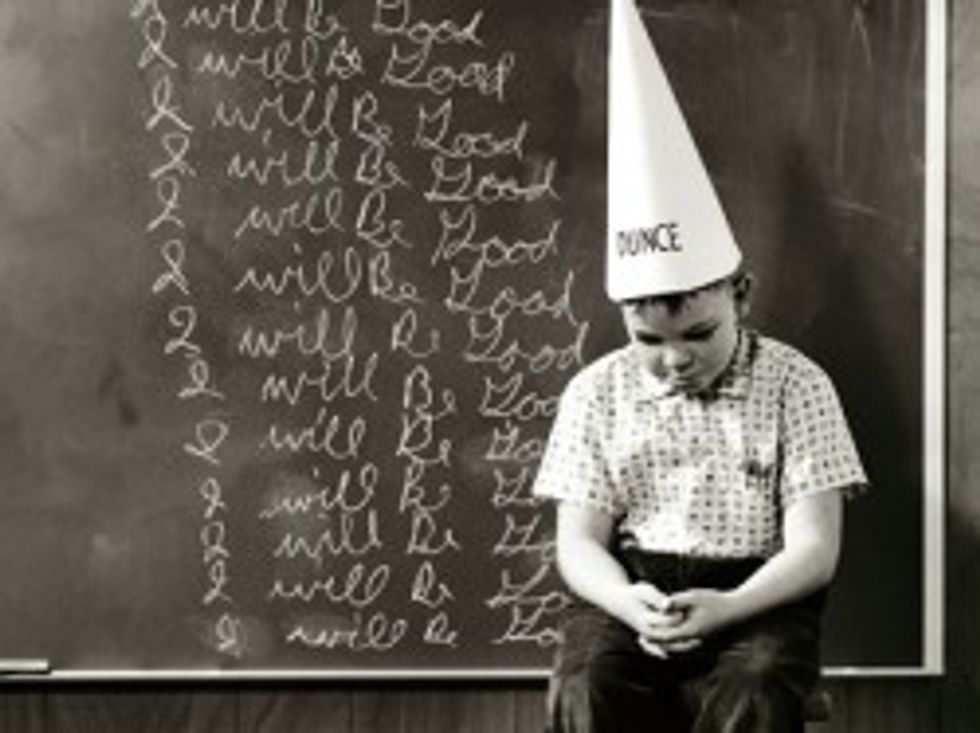 It is one thing fortheater producer and all-around asshat Rep. Darrell Issa (R-Of Course) to get all Bill Clintony, as he did on Monday, and insist that "act of terror" is not "terrorism" so argle bargle something something IMPEACH! Seriously, we are not even joking even though we wish we were, that is what he did:

House Oversight Chairman Darrell Issa (R-CA) responded to President Obama’s forceful condemnation of the GOP’s effort to portray his administration’s response to the attacks on the American diplomatic mission in Benghazi, Libya as a cover-up on Monday, suggesting that the president sought to downplay the severity of the incident by describing the killings of four Americans as an “act of terror” rather than a “terrorist attack.”

Issa is the dumb and also a criminal and also, he loves him some conspiracy theories, and also, he is a Republican, so we've learned to expect nothing less.

But -- and this is totes our bad -- we'd like to hold the Washington Post to a slightly higher standard than, you know, Darrell Issa dumb. We shouldn't, obviously, because any publication that gives monies to Jennifer Rubin should not be taken seriously, but still, we are surprised nonetheless to see WaPo's fact-checker Glenn Kessler fully adopt Issa's semantic stupidity and turn it into a reason to call President Obama the lyingest liar what ever lied. And yet:

Once again, it appears that we must parse a few presidential words. We went through this question at length during the 2012 election, but perhaps a refresher course is in order.

Notably, during a debate with Republican nominee Mitt Romney, President Obama said that he immediately told the American people that the killing of the U.S. ambassador and three other Americans in Libya “was an act of terror.” But now he says he called it “an act of terrorism.”

GOTCHA, OBAMA! You said "terror" instead of "terrorism," which proves that ... um ... wait, what does that prove? Besides that Obama retroactively sent Hillary Clinton into Libya or maybe Cuba to kill Americans WITH WORDS and then lie about it, obviously.

Please, O great WaPo "fact-checker," explain at us why we are supposed to give a deep-fried fuck that Obama omitted -ism from his terror:

Some readers may object to this continuing focus on words, but presidential aides spend a lot of time on words. Words have consequences. Is there a difference between “act of terror” and “act of terrorism”?

Well, we didn't think so, but Kessler is going to spew a ton of words as us to say that it is because -- and no, we are not making this up, we swear!:

Perhaps Obama, in his mind, thought this then was really “an act of war,” not a traditional terrorist attack, but he had not wanted to say that publicly.

Do you get it now? Obama must have lied because Kessler can see into his BRAAAINZ, and when the president said that thing that Kessler says he did not say, he really wanted to say something else but he didn't, except that he did, so LIAR!!!!

So give the president four Pinocchios if you want, Kessler, but we are going to give you four TRILLION dunce caps, so there.