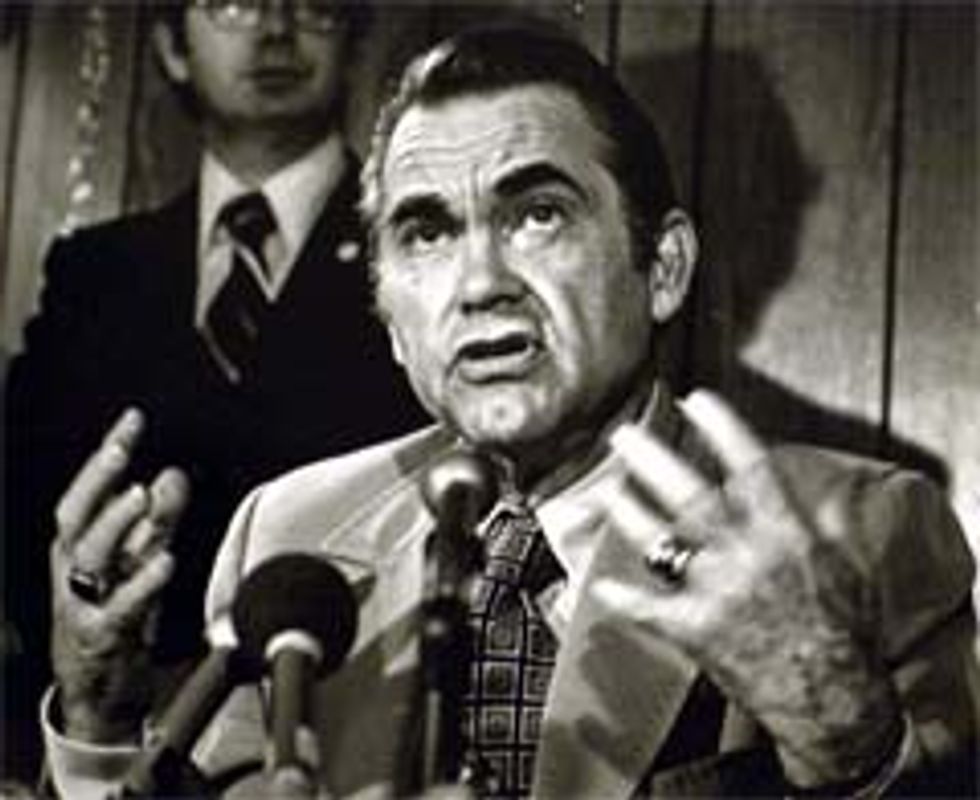 If there is one musical group that we know defends Real American Values, it's Lynyrd Skynyrd. They bravely stood up for segregation and other forms of awesomeness, and while Jimmy Carter's CIA managed to kill most of the original members in an "accidental" plane crash, a new version of the band was formed during the Reagan administration to spread the message everywhere that the South will rise again and such, often performing in front of a giant Confederate flag. But now even that is being taken away from us, because Obamabot mind-control operatives have brainwashed Lynyrd Skynyrd into a bunch of liberals who don't want segregation and slavery restored, not even a little.

Apparently this act of turncoatery took place on the liberal CNN propaganda network, but we'll quote from Examiner.com because they're so magnificently outraged about it:

Now the band has suddenly decided to become politically correct. Gary Rossington, the only original member, grovelled to CNN's Fredricka Whitfield. He says he doesn't want to offend anyone by using the Confederate flag. He said the band will no longer display the flag.

Twitter and Facebook have exploded with condemnation. Many are now calling the band a "fake," who just own the rights to the original band's name.

Worse is yet to come. Inside sources reveal that the lyrics to the band's classic "Sweet Home Alabama" will see the following alterations, to better accomodate our Obaman overlords' demands:

There is as yet no word on whether the newly liberalified band will attempt to promote gun control as part of its leftist crusade. [Examiner.com]