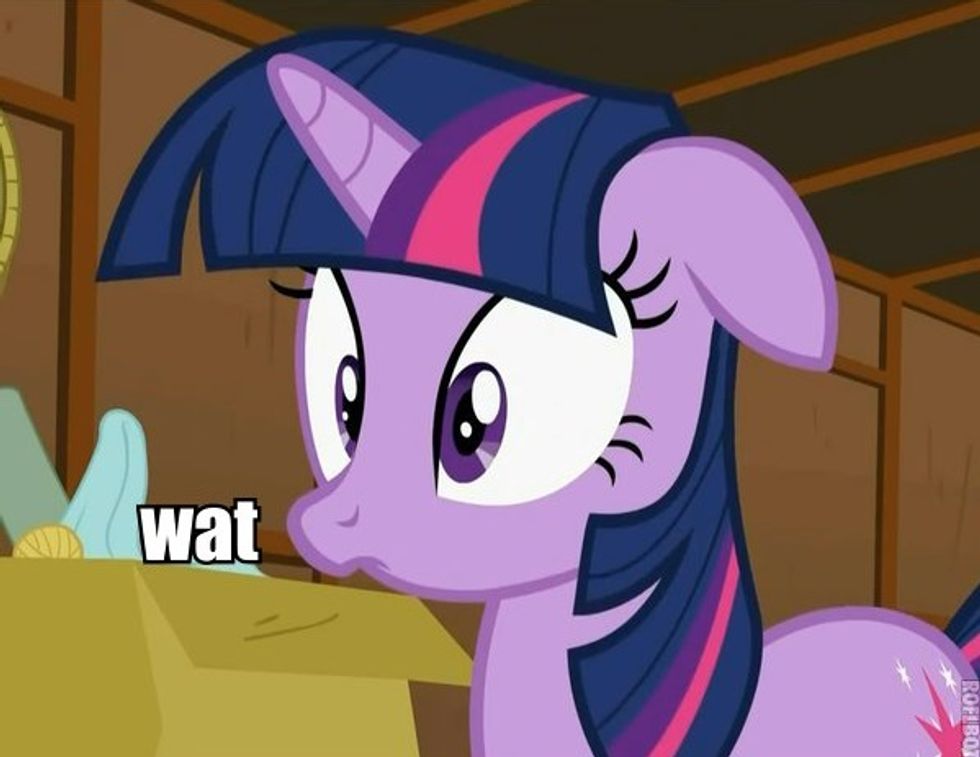 Not quite the revolution we had in mind

The Electoral College votes today, and in spite of all the magical thinking out there, you probably shouldn't bet on any significant number of electors actually behaving like Alexander Hamilton intended and overriding the foolish choice of the people (in just the right number of states) and actually casting their votes to protect the nation from a popular but dangerous demagogue. There's no chance at all that 37 Republican electors are going to switch their votes, nuh-uh, no way. (Yes, this is where we cite Expert Political Pundit Our Girlfriend's reminder that nothing is certain or even makes sense in 2016.) But there's at least one brave Democratic elector from Maine who's going to buck the system and cast a rogue vote based on his conscience: Maine elector David Bright is voting for Bernie Sanders, which proves... something, we guess. In a statement reposted to Twitter by a reporter for the Bangor Daily News, Bright explains his reasoning:

Bernie Would Have Won! Hillary Is A Criminal! Wonkette's A Shill, And DNC Cheated!

It's like that movie where there are no laws for just one night, whatever that was called. Oh right, 'The Purge.'

Um. Well, that's nice, it won't make any difference anyway, and we guess it gives Bright a nice warm feeling that he's going to somehow stand up for all the Bernie voters who think they WAS ROBBED by a corrupt system that handed the primary to Hillary Clinton, even though she only won the primary by getting more votes. Srsly, guys, as the most pro-Bernie member of Team Wonkette, Yr Doktor Zoom knows math, and Clinton won the primary by what your math experts call a "majority," no matter how much Bernie-or-Busters want to re-litigate the two or three delegates that might have gone the other way in Nevada. And no, we're not gonna re-litigate that all over again here -- we already had our piss-n-moan thread after the election and we are over that.

Bright told the Portland Press-Herald he's not worried about his violating Maine's law requiring electors to vote in line with the results of the popular vote in the state:

“Maine also has a law that you’re not supposed to go faster than 70 on the interstate,” Bright said. “I suspect that I’m going to break that law on my trip to Augusta this morning, too.”

Fair enough. And the penalty is a fine, though the Press-Herald notes that while 30 states have similar laws requiring voters to vote for the winner of their state, no elector has ever actually been fined, which we'd say makes sense, too. But here's where Bright loses us: In his full statement, he explains,

Sadly, when the primary season was over, and their candidate was not successful, many of them lost hope, as well as interest. Many felt the Democratic Party had not listened to them, did not care about them, and did not respect them. Their sense of loss in July became our Party’s loss in November.

So I cast my Electoral College vote for Bernie Sanders today to let those new voters who were inspired by him know that some of us did hear them, did listen to them, do respect them and understand their disappointment. I want them to know that not only can they come back to the process, but that they will be welcomed back; that there is room in the Democratic Party for their values.

To go forward, the Democratic Party needs these young voters.

Gosh, Mr. Bright, that's an awfully nice gesture, but no, Bernie (whom I enthusiastically caucused for) didn't lose the primary because the "Democratic Party had not listened to them, did not care about them, and did not respect them." He lost because Hillary Clinton won a hell of a lot more votes than Bernie did. That is how primary elections work. Bernie Sanders went on to push Clinton to support and adopt a far more progressive platform than she would have otherwise, which is a very good thing. Bernie did way better than I expected him to do. Blaming Clinton's Electoral College loss in November on the "sense of loss" of a segment of Bernie supporters -- most Berners I know went on to vote for Clinton -- seems a tad melodramatic, although if they went on to vote for Jill Stein in three or four swing states, we're rather more inclined to say "Oh for chrissakes, you morons, thanks for handing the election to Trump" than "sorry for your sense of loss." Also, just for the sake of saying it one more time, we'd add another "Fuck You, James Comey."

Frankly, now that we're stuck with Trump for four years, we don't think rehashing the 2016 Democratic primary will do much of anything to engage younger voters to go Democratic in 2018 and 2020. We have a feeling Donald Trump will do a hell of a lot to motivate them all by himself.

As for the Electoral College? It needs to go the way of the Whigs, the Know-Nothings, and "New Coke."