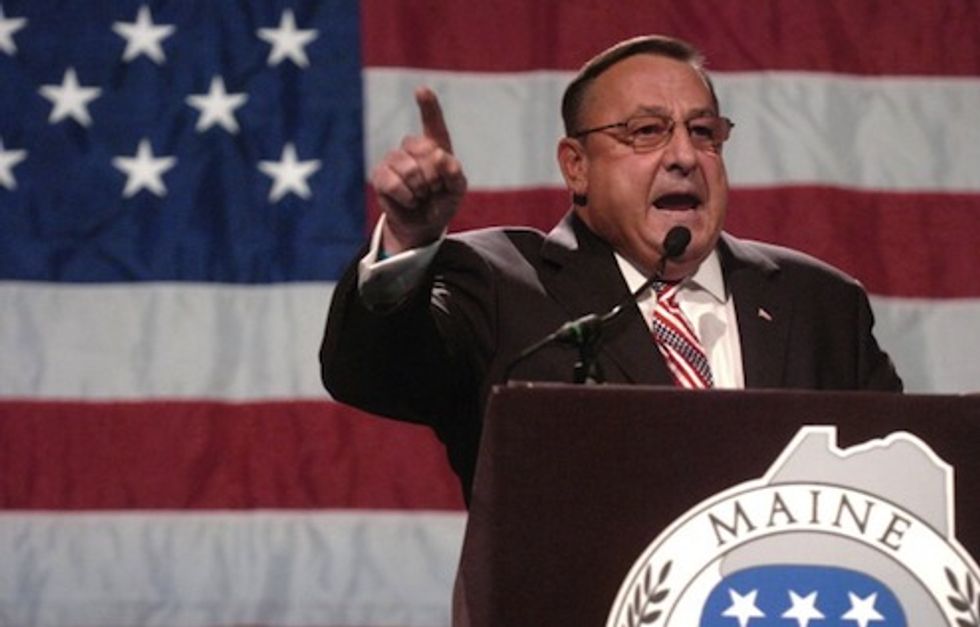 Oh, the windmill thing? That was where the Sovereign Citizens -- did you know the fellows whose utter nonsense LePage was repeating love to talk about their buddy who is in prison for conspiring to murder judges? Maybe you do, because we just said it in the last paragraph! -- claimed that the windmill that was cutting a hundred grand off the electricity bills for some dumb Maine college was actually powered by a battery or a motor or little windmill gnomes or something. Then LePage repeated that, because he is actually shockingly stupid.

We covered it at the time, because we love fucking idiots. Not fucking them. You know what we mean.

More importantly, Paul LePage is a shockingly stupid Tea Party man, and he is governor of Maine, and he loves Sovereign Citizens and probably terrorism, the end.