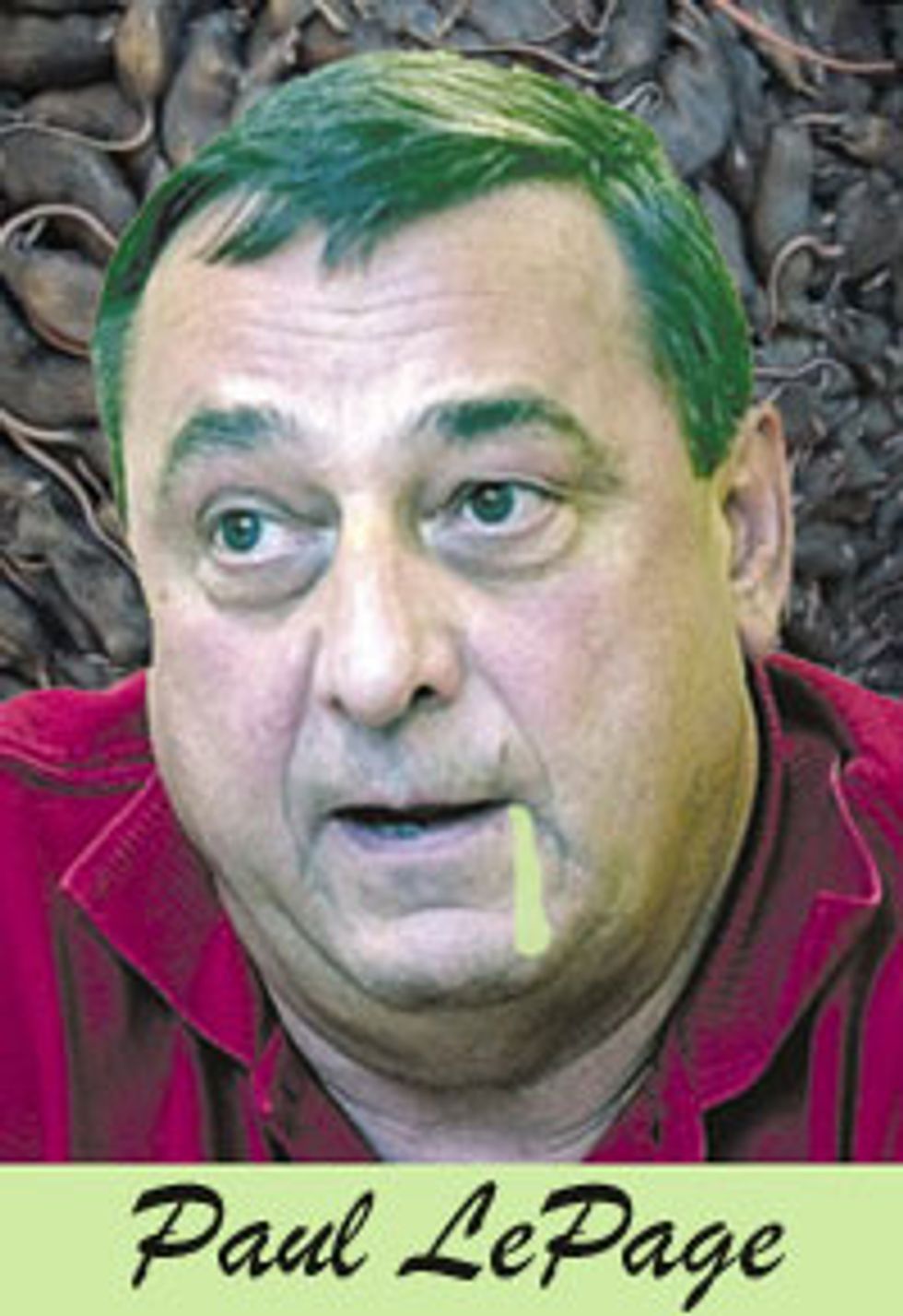 Hey Maine Governor Paul LePage! How is your state doin'? You wanna brag on it some? Oh, you want to say that Mainers are abunch of goddamn hobos, layin' around waiting for their welfare checks so they can buy some lobstah? That sounds like an excellent way to stop having to do the boring dumb job of being governor, like how when a man who does not want to be asked to empty the dishwasher gets instant dropsy every time he picks up a glass!

Informed that the event was wrapping up, LePage said he had two more points to make. The first was just one word: “energy.” The second was, he said, in reference to “workforce development.”

“About 47% of able-bodied people in the state of Maine don’t work,” said LePage.

On the recording you can hear a member of the audience ask “what?” LePage repeats himself: “About 47%. It’s really bad.”

That does sound bad, Mr. Governor LePage! But how can it possibly be true? Isn't your state full of white people? Everybody knows white people do not steal welfare benefits. They "find" them!

Of course, LePage's wild statistic is what some people would call "not true," according to the godless commie liebruls at the Bangor Daily News, who claim that actually Maine does NOT have almost half of its adult population lying on their couches smoking meth all day, seeing as how it is not in the South.

Of course, if Paul LePage actually thinks that fully half of his state's population is mopping up its lobster with caviar on the state's dime, it makes a lot of sense that he spent $700 thousand dollars on new welfare fraud inspectors to catch what turned out to be a possible 45 cases of fraud.

Also, LePage has been beating this drum for over a year now, and the people of Maine just keep getting shiftlesser! That is just bad leadership, Paul LePage. You should probably be inpeached.